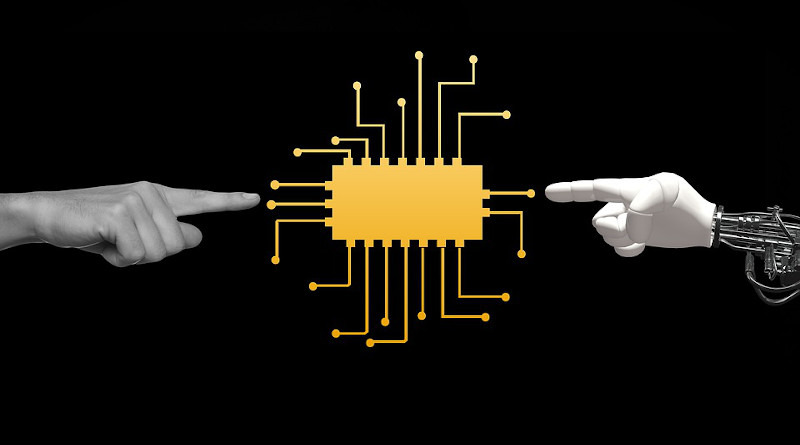 Artificial Intelligence (AI) allows any system to perceive, interpret, and reason a given situation by acting physically or digitally. Today AI has wider use in medical, transport, economics, and military technologies. Most significantly, the use of AI in military affairs has gained momentum in recent years. This has brought serious concerns about its future implications on the national security, command and control systems, and strategic stability at the regional and international levels.

The most pragmatic statement in this regard was probably given by the Russian President Vladimir Putin when he stated that whosoever would become a leader in AI would lead the world. This statement reflects that today states are driven towards this technology in a fear of being left out. This has generated a competition and arms race with a special focus on utilizing AI in military strategies.

In South Asia, India aspires to dominate the region in this evolved domain as well. In this regard, India has been actively involved in developing AI for military purposes. Such Indian aspirations would ultimately affect the strategic stability in South Asia. This has brought severe security implications for Pakistan’s national security and broadened the spectrum of threats coming from India.

One of the reasons behind the utilization of artificial intelligence in military technology is the improvements that it has brought to the existing military systems. For instance, the provision of better precision, intelligence gathering, detection, enhanced target recognition/ vision, and deception has helped militaries to operate in an A2/AD environment.

In contemporary military strategies, AI has been incorporated in UAVs, LAWS, missile defense systems, submarines, and air-crafts. Furthermore, AI uses big data, mitigates man-power/capability issues, and helps in decision making at much-enhanced speed with lesser dependence on input from humans. Therefore, it can be said that AI does not work alone but rather by combining with other technologies it has enhanced their features and characteristics. From the year 2008-2017, the US alone spent 694 billion on AI-specific technologies. This indicates that the key states intend to improve their economies and military technologies while developing AI.

In the South Asian context, there is no doubt that India is a bigger country with huge market potential. In the domain of AI, according to some reports and estimates, India is an emerging market of venture capital investment in AI-related technologies with a worth of $ 50.0 billion. To achieve a military advantage in AI, India has already established a Center for AI and Robotics (CAIR) in DRDO. It has the mandate to undertake AI in the defense sector. This is aimed at enabling AI-based military systems in decision making, geographical visualization, and information, tracking, and object detection.

On the economic front, the estimated annual revenue of AI in India is $180 million. Moreover, in India’s Land Warfare doctrine of 2018, there has been a significant emphasis on AI and its integration in military systems. Against the backdrop of the much-hyped notion of a two-front war against China and Pakistan, India has accelerated its endeavors to modernize its military and adopt modern technologies against its adversaries.

In this regard, the then Indian Army Chief Bipin Rawat in one of his addresses in 2019 has emphasized to employ AI in military systems before it is too late. Other than this, India has been developing the Multi-Agent Robotics Framework, which would likely act as a team of soldiers and assist the Indian Army. Moreover, around 200 DAKSH Autonomous Robots are also with the Indian army capable of defusing the bombs in dangerous situations. These have been categorized as Remotely Operated Vehicle (ROV). India is also collaborating with Japan in the field of Robotics and AI and its applications in military systems.  In the same vein, India has been working towards the more sophisticated uses of AI in the military as well. These include; image interpretation, target recognition, the objective range, and kill zone assessment of missiles, and utilization of robots in more ungraded forms.

In all, such actions by India under its security imperatives and hegemonic aspirations would have devastating consequences for regional security. After 1998, Pakistan has tried to maintain deterrence stability in the region by qualitative improvement in its strategic capability vis-à-vis India.

However, with the emergence of sophisticated technologies like AI and India’s huge investment in it, despite its limited resources Pakistan would be compelled to spend on AI. As not doing so might tilt the balance of power in India’s favor and affect the deterrence stability in the region as a whole. The reason being, AI-enabled missiles, and satellite systems can visualize, track, and precision strike its targets. Anti-submarine technology and swarms can find submarines and attack them, which reduces the survivability of deterrence stability. Simultaneously it would likely embolden India with a great capability in anti-submarine warfare.

Today Pakistan has realized the significance of AI and has started initiatives like ‘Presidential Initiative for Artificial Intelligence and Computing’ (PIAIC), National Center of AI (NCAI), and the Department of Robotics and Intelligent Machine Learning at the NUST. Yet, there seem to be some hurdles for Pakistan to further excel in this domain. The biggest of all these hurdles is the economic cost of developing AI and its integration with the military systems. This requires more allocation of financial resources and that cannot be achieved without a strong economic backbone.

Nevertheless, more resources are needed to be allocated for initiatives and technologies related to AI. At the international level, there is an ongoing debate on the regularization of AI through laws and treaties, though in the pretext of preventing its military use, but to safeguard the interests of key international players that have mastered the AI. Pakistan needs to be well aware of this international politico-strategic trend.