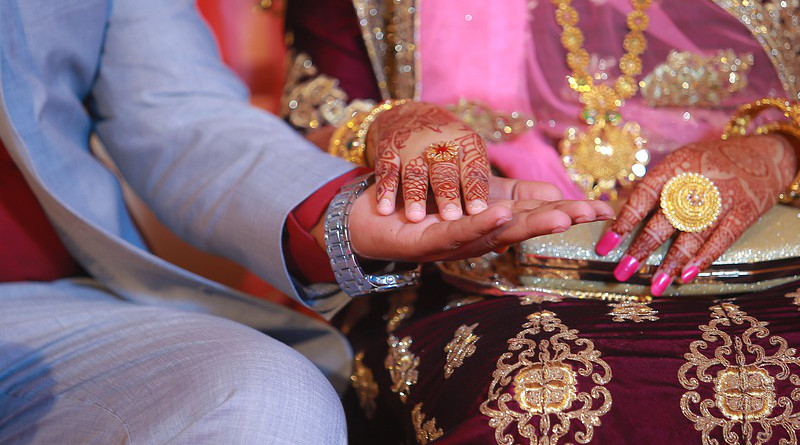 Dipali Mondol still regrets that she got married at the age of 15 due to family pressure 12 years ago.

The 27-year-old Catholic mother of two lives in Jessore town in southwestern Bangladesh with her husband, a government primary school teacher.

“After I completed grade 10, my family forced me to get married, though I wanted to get higher education and become self-reliant. The same thing happened to my elder sister,” Dipali (not her real name) told UCA News.

Bangladesh’s Child Marriage Restraint Act sets the marriageable age for girls at 18 and for boys at 21 and violations are punishable offenses warranting jail terms and fines.

Although Dipali completed graduation after marriage, she ended up becoming a housewife to look after her two children.

“Our brothers got higher education and jobs for a better life, but we as sisters were deprived. Many girls face a similar situation in Bangladesh,” she said.

Dipali says she faced various physical and mental problems due to early marriage, so she is adamant that her daughter will get higher education and become self-reliant before she is married off.

“I am a victim of child marriage and suffered various problems throughout life. I won’t let it happen to my daughter,” she added.

An underage marriage of love

Rebeca Murmu (not her real name), an ethnic Santal woman from Dinajpur district, got married at the age of 15, albeit by her own choice.

“I was in love with a man and we decided to get married. Our families, the society and the Church opposed it, so we opted for a civil marriage in a court,” Rebeca, 20, told UCA News.

They were declared outcasts in society for their underage court marriage and the Church classified it as an “illegitimate union” until they got married in the local church three years later.

“As we started our conjugal life, we realized it was a mistake as we were unable to mix with people in society and felt shy to attend church. Although things got better after marriage in the church, we still feel uneasy to talk to our parents and relatives,” Rebeca said.

She admitted that she suffered physically and mentally when her son was born three years ago. “I will raise my son properly and teach him not to commit the same mistake as we did,” she added.

Child marriage is a common reality in Bangladesh but the Catholic Church strongly opposes this social malpractice, said Bishop Sebastian Tudu of Dinajpur.

“There is almost no child marriage in the Christian community and the Church maintains zero tolerance for it. We follow the church baptism certificate for marriage, so there is no chance of faking the age of the bride and groom,” he told UCA News.

Yet child marriage occurs among Christians when underage boys and girls take “wrong steps” by eloping and getting married in a court and by starting a live-in relationship, the prelate noted.

“At various levels, we organize programs and seminars for young boys and girls as well as parents so that our children don’t get distracted and get married early. In Dinajpur Diocese, we collaborate with village leaders to check on any possible child marriage,” Bishop Tudu added.

Rita Roselin Costa, a Catholic women’s activist, also said that child marriage is no longer a problem for minority Christians in Bangladesh.

“There might be one or two cases per thousand, but broadly our community does not have a child marriage problem. In the past there were many child marriages among Christians, but not anymore as church leaders have taken a strong stance against it,” Costa, an activist from BRAC, a leading Bangladeshi NGO, told UCA News.

A positive change in attitudes to girls, including allowing education and jobs, had a significant impact in reducing child marriage, Costa said.

“Yet, due to the negative influence of satellite culture, there is still a tendency for young Christians to elope and marry early. The Church needs to address this problem too,” she added.

On the flipside of the Church’s success, Bangladesh continues to falter in battling child marriage, according to the latest report by the United Nations children’s agency, UNICEF.

The report noted that child marriage has dropped from 90 percent in 1970 to 51 percent today, but the country still has the highest rate of child marriage in South Asia and is among the 10 worst countries in the world.

“This human rights violation … [is] robbing children of their childhoods,” said Veera Mendonca, a spokeswoman for UNICEF, while launching the report.

“We must invest now to secure girls’ rights to life and education and reduce their exposure to violence and exploitation.”

Mendonca urged Bangladesh to do much more to tackle child marriage as the nation had made a pledge to eliminate the practice by 2041.

Bangladeshi government officials say the nation is implementing its National Action Plan 2018 to eliminate child marriage but it might need years to yield results.

“Our society still considers female children as burdens and child marriage is justified by saying that girls are born to be married, so they must be married as soon as possible before anything happens to spoil her purity. This attitude signifies a social mindset that the honor of a family rests on the honor of girls or women,” Karim, president of Bangladesh National Women Lawyers’ Association, told UCA News.

“We must raise awareness against child marriage from root level and wage a social movement to change the mindset of our families and society. The government needs to work more to tackle other factors like poverty and illiteracy.”