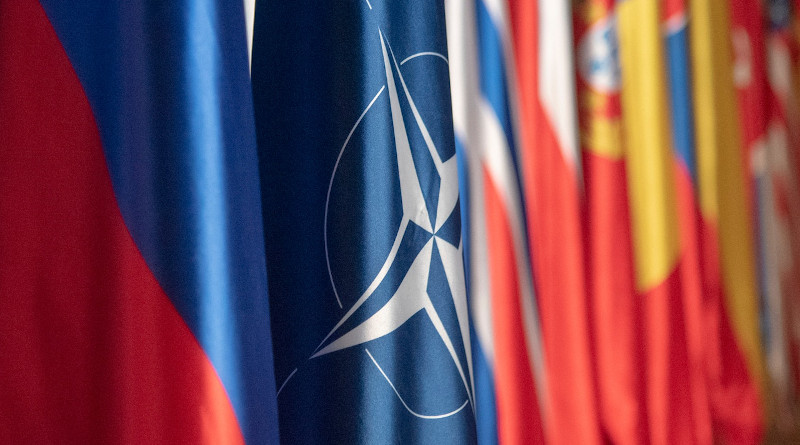 Since 2014 NATO has paid special attention to its Eastern flank. The Alliance demonstrates its interest with the intensifying military activity in Estonia, Latvia and Lithuania – all of them former Soviet republics. The Alliance permanently increases its presence there. NATO has managed to find the efficient tool to deploy more troops which does not violate any agreement. Troops arrive in the Baltic States under the pretext of military exercises in spite of Russia’s indignation and discontent.

Moscow’s reaction to NATO drills in the Baltic region is strongly negative. It considers NATO presence in the Baltic countries as violating parity of power in Europe.

Assurances of the Secretary General who stressed that NATO does not pose a threat to Russia and Belarus, which border Baltic’s NATO member states, have not been regarded as truth. He mentioned many times that the Alliance has no military buildup in the region. Nevertheless, Russia expresses concern over NATO’s military activity.

It is become known that during NATO’s exercise Brilliant Jump II 2020, starting at the end of October, troops and equipment are deploying from the Czech Republic, Poland and Spain via road, rail, air and sea to Lithuania, primarily bound for the Pabrade Military Training area. In September preparatory activities begun, as part of which troops are moving within territories of these Allies. Brilliant Jump II 2020 designed to increase and demonstrate the readiness and mobility of the Very High Readiness Joint Task Force (VJTF), kicked off on Monday, Sept. 28, 2020 in Northern Europe. It is designed in two parts: a primarily maritime phase from Sept. 28 to Oct. 2, followed by a deployment phase over land from Oct. 28 to Nov. 6.

Participating land units will encompass a Brigade HQ, Spearhead Battalion, Special Forces and Chemical, Biological, Radiological and Nuclear Task Force HQ (all provided by Poland), a Mechanised Battalion from the Czech Republic, a Mechanised Company from Lithuania, as well as an Infantry Battalion from Spain.

The main objective of the exercise is to maintain the readiness of VJTF forces such that they can quickly deploy and, simultaneously, practice/enhance logistic interoperability with allies and partners.

“Our exercises seize opportunities for NATO and Allied nations to sharpen warfighting skills by focusing on high-end capabilities,” said Vice Admiral Keith Blount, Commander of Allied Maritime Command. “Exercise Brilliant Jump II 20 showcases that we remain prepared for operations in peace, crisis and conflict and that we are always ready to deploy our forces wherever needed, quickly and effectively.”

The more so, upon completion, some VJTF units will participate in the Lithuanian-led exercise Iron Wolf. This drill’s aim is to train enhanced Forward Presence (eFP) Brigade to plan and conduct decisive action operations and enhance the level of interoperability of multinational forces. It is planned to be held from November 9 till 22 in Lithuania.

France is also an active participant of NATO build up in the region. Fully integrated into the Battle Group of the enhanced Forward Presence (eFP BG), the French operational mission LYNX has been deployed in Lithuania for a 6-month period. It is the second deployment of this type since 2018. Since their arrival in early July in the Rukla military camp, the French soldiers have been in regular contact with their Lithuanian counterparts from Host Nation Support. There is also the support element of the Iron Wolf Brigade, to whom the NATO Battle Group is subordinate.

“The purpose of our office, within the Iron Wolf Brigade, is to support each of the eFP BG nations in terms of accommodation, food, or special requests during an exercise or an authority visit,” explains Captain Darius, Chief of Host Nation Support. “We are the liaison office between the Allied nations and the Lithuanian military stationed at the Rukla barracks”.

To get this on a higher perspective, the eFP Battle Groups in the Baltic states are actually NATO in action. Their maneuvers obviously bother neighboring countries.

It is interesting that the NATO military exercises in the Baltic States are being thoroughly observed by Moscow and Minsk and considered as a threat to the Union State of Russia and Belarus. These two countries understand that NATO exercises in the region seize opportunities for NATO and Allied nations to sharpen warfighting skills by focusing on high-end capabilities. So, obviously, they will prepare a response.

Russia and Belarus are already linked closely militarily. They have an integrated air- and missile-defense system, a regional group of forces comprised of four Belarusian brigades and special forces and the Russian 20th Guards Army. Moreover, Belarus is a member of the Russia-led Collective Security Treaty Organization (CSTO).

During the current crisis, Lukashenko has claimed that Putin has assured him the CSTO would provide aid amid unfounded claims that NATO had massed troops on Belarus’s western border.

“It is likely that Russia will try to exploit the crisis in Belarus to increase its military presence there. Such presence can take a form of much more frequent exercises and rotational presence of troops,” explained Wojciech Lorenz, a security analyst at the Warsaw-based Polish Institute of International Affairs.

In September, Russian forces were deployed to Brest, Belarus, just 5 kilometers from the border with Poland, as part of annual exercises.

The Slavic Brotherhood drills from September 15 to 25 were a message from Russia to NATO, Keir Giles, author of the book Moscow Rules and a consulting fellow at London’s Chatham Hous said. The second part of it took from October 12 to October 16.

The possibility of deploying more Russian forces in Belarus will only add to security concerns for NATO, argued Gustav Gressel, a senior policy fellow at the European Council of Foreign Relations.

On the one hand, the additional Russian forces in Belarus could further increase tension at the border with NATO. On the other hand, increasing its presence in the Baltic States, NATO provokes increasing Russia’s military presence near its borders. This is a vicious circle that leads nowhere.

Home » NATO In Action In The Baltic States – OpEd