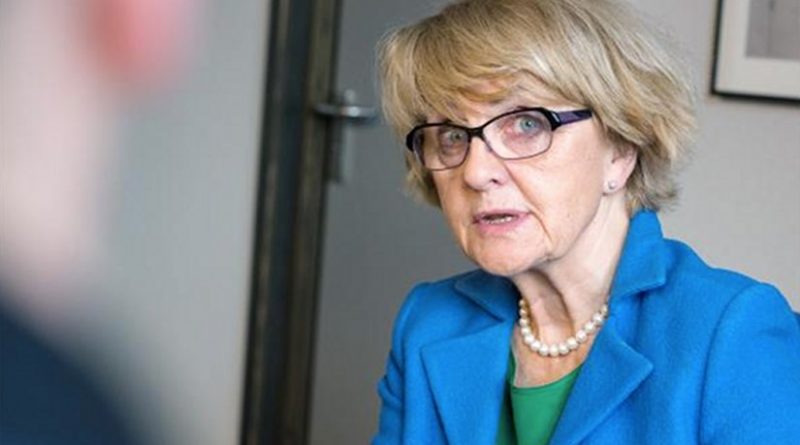 In or out? Britain will decide on its future in Europe with a referendum once negotiations with the EU have been concluded. A delegation from the Parliament’s constitutional affairs committee went to London on 16 and 17 November to discuss the upcoming EU membership referendum with ministers, parliamentary committees and think-tanks. We spoke to committee chair Danuta Hübner, a Polish member of the EPP group, about her findings and the upcoming negotiations.

Q: What impressions did you get from the visit to London?

D.H.: The value of this visit lies in the fact that we spoke to all layers of public authority, as well as people representing political parties.

It’s not about the issues that are on the agenda for negotiations. The problem lies much deeper. I think that the British are really seeking their identity today. They want to identify themselves in the context of Europe.

The major message we got from the no camp was that the results of the negotiations do not matter. Whatever the results will be, they are against. From Labour we have heard that no matter what the result will be, they will vote to stay. That also shows how divisive the issue is and how divided society.

My problem is to what extent the results of the negotiations will matter in the referendum. This is important for us, because making concessions is a process which also has its cost. However, we have a long history of negotiations and we usually find a solution, so I think we will find solutions here.

Q: According to the polls the referendum will be very close. What factors do you think will decide it?

D.H.: The big unknown, which might influence also the referendum and make it very tight, is the current security situation in Europe and the world. It was clear from the discussions that security will be the number one issue and the economy less so. They are very critical about the way we handle the migration and refugee crisis. We were surprised that they see Europe as a negative factor. We know very well with security, with terrorism and the refugee crisis we will not make it individually, but even together unless we show solidarity, it will not be solved.

Q: What role should the European Parliament play in the upcoming negotiations?

D.H.: The Parliament is legally fully involved in the process. Its major role is at the end for the endorsement of the outcome. It cannot happen without Parliament.

We want them to stay. We made it clear that nobody is going to win with the UK leaving the European Union. That’s why our message was strong. We want you to stay with us, but it is up to you to decide. But think long term and think about the world around and isn’t it better to be in a bigger Europe. Europe even with the UK is a small continent.

One thought on “Hübner: ‘Nobody Wins If The UK Leaves European Union’ – Interview”