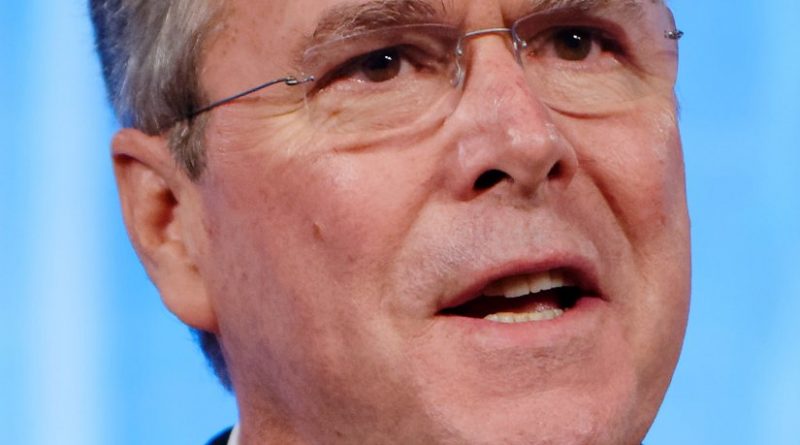 (RFE/RL) — Jeb Bush, the Republican presidential candidate and brother of the man who ordered the 2003 invasion of Iraq, has called for deploying more U.S. troops in Iraq as part of the fight against Islamic State militants.

The hawkish comments from Bush on November 18 were a reflection of the Islamic State militancy, global terrorism and security fears have begun to dominate the race to succeed President Barack Obama in next November’s election.

The leading Democratic candidate, former Secretary of State Hillary Clinton, was expected to give a major policy address on November 19 in which last week’s terror attacks in Paris and the ongoing air war in Syria and Iraq were expected to top the agenda.

But with the Paris attacks raising alarms among Washington policy makers and fears that the Syrian war is spinning further out of control, presidential candidates and Washington lawmakers have started calling for tougher action by the White House.

In a speech at the Citadel, a publicly funded military college in South Carolina, Bush said more U.S. troops should be sent as part of a larger global coalition to Iraq, where Islamic State militants have seized swaths of territory in the north, including the second largest city, Mosul.

“Radical Islamic terrorists have declared war on the Western world. Their aim is our total destruction,” Bush told an audience made up mainly of cadets. “We can’t withdraw from this threat, or negotiate with it. We have but one choice: to defeat it.”

“The brutal savagery is a reminder of what is at stake in this election. We are choosing the leader of the free world,” he said. “And if these [Paris] attacks remind us of anything, it’s that we are living in serious times that require serious leadership.”

“The United States – in conjunction with our NATO allies and more Arab partners – will need to increase our presence on the ground,” he said.

Bush, who used to be governor of Florida, did not say how many more U.S. troops would be needed, though he said he would defer to military commanders for precise numbers.

After a nearly complete withdrawal of U.S. forces in 2011, the Obama administration has gradually increased the size of the U.S. force, helping the weak Baghdad government to deal with Islamic State threat.

Today there are about 3,500 U.S. troops in Iraq, plus other soldiers from NATO and coalition members.

U.S. advisers earlier this month joined with Iraqi Kurdish forces to help them in attacking the strategic northern city of Sinjar, which had been seized by Islamic State militants in August 2014.

Obama recently ordered a few dozen U.S. special operations troops to northern Syria to help Kurdish forces there in their fight against the Islamic State.

The issue of increasing the U.S. military presence in Iraq is a fraught one for Bush, and for the entire presidential field. Obama won the presidency in 2008 in part due to his pledge to draw down the U.S. presence in Iraq and Afghanistan after years of fighting and counterinsurgency.

He also won by criticizing Clinton who was a U.S. senator in 2002 when she voted to authorize George W. Bush to send U.S. troops to Iraq. She recently said she regretted that vote.

After losing to Obama, Clinton went on to become his first secretary of state.

Jeb Bush’s brother, George W. Bush, was president in 2003 when he ordered the invasion of Iraq, in which U.S. forces easily toppled Saddam Hussein but then struggled for years after to quell a brutal insurgency that included former Iraqi military officers, Baath party leaders and Al-Qaeda. Nearly 4,500 American soldiers were killed.

South Carolina, where Jeb Bush gave his speech, is one of the first states to conduct primary voting for parties to choose candidates, and a win there has given candidates a tremendous boost in the past.

Home » Jeb Bush Calls For More US Troops In Iraq