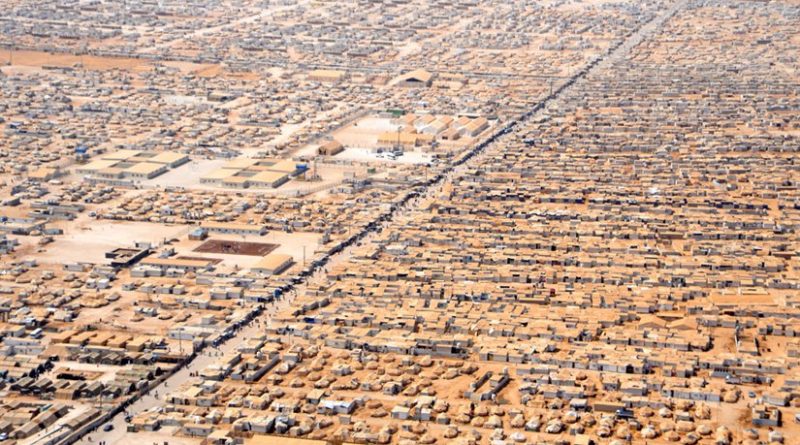 There is one hadith (the collection of the reports claiming to quote what the prophet Muhammad said verbatim on any matter) that says: “There will be a strife in Sham (Syria, Iraq and Lebanon) that begins with children playing, after which nothing can be fixed. When it calms down from one side, it ignites from the other.”

Military operations in Syria and the occupation of the territory of the country by global jihadists have led to an influx of refugees into the neighboring more stable countries such as Lebanon, Jordan, Saudi Arabia and, of course, Turkey, which is currently home to more than 2.2 million refugees.

One can say that the Syrians have become a victim of the world powers, which go around clarifying their relationships on their native land.

Unlike Lebanon, the political and economic situation of which is unstable, other countries have created normal living conditions for Syrian refugees.

But irrespective of the efforts of the countries, which accommodated Syrian refugees, to create normal conditions for their living, the presence of refugees still causes a number of problems in these countries.

It was not stressed for nothing that the war changes people’s psychology.

A Syrian man, who has been previously known for his ability to trade in his country, is now begging in Istanbul.

More than 30,000 people were detained in nine provinces of Turkey as part of the recent operations against refugees-beggars.

A Syrian woman, who has been proud of her honor at home, becomes a victim of trafficking, which is prosperous in Turkey, as well as in Lebanon, Jordan and several other Arab countries.

According to official stats, nearly 107,000 women are living in Syrian refugee camps in Turkey. Over 20 percent of them are widows, and this plays into the hands of those who “supply live goods” to countries in Persian Gulf.

Syrian women, in search of a shelter, also agree to unofficial marriages in countries receiving them.

The situation becomes even clearer, when taking into account the “hunt” of illegal organ traders on Syrian refugees. And today, this is a serious problem not only for the Syrian refugees beyond borders of Syria, but also for those inside the country.

There are also numerous cases when Syrian refugees sell their organs on their own, mainly in Turkey, Jordan and Iraq, to escape poverty. For each kidney, for example, such “volunteers” get $6,000.

That’s how Syrians live in their countries and beyond.

As for the “long-awaited paradise” – Europe, they will likely have the same fate in European countries as well.

In addition to all the problems they face in neighboring countries and in Syria, the refugees will also subject to racism in Europe.

All these factors suggest that currently, the Syrian refugee issue is one of the most important problems.

As long as the world powers pursue their own interests in resolving the Syrian crisis, this issue will remain unresolved for a long time.