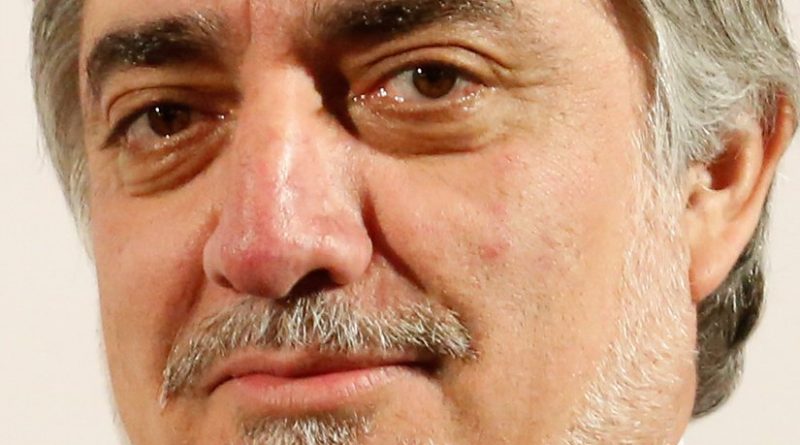 Democracy was ‘restored’ in Afghanistan following decades of violence and conflicts. Where violent uprisings against the invading Soviet Union by the Mujahedeen wrecked the rural areas of Afghanistan, the Civil War that followed between the various Mujahedeen factions wreaked havoc on Kabul and other major provincial capitals in Afghanistan.

The rule of Taliban took away any semblance of modern political functioning that remained, forcing Afghanistan into ‘middle ages’. The Presidential election of 2014 that gave Afghanistan its present National Unity Government (NUG) was, mildly put, an unsatisfactory exercise. Not only did the conduct of the elections and the outcomes disappoint the domestic audience, it also left the international community dismayed.

The elections, which had 27 candidates vying for the post of the President, was in the end, reduced to an ugly battle between independent candidate, Ashraf Ghani and National Coalition of Afghanistan’s leader, Abdullah Abdullah. Marred by widespread fraud and electoral rigging, the Presidential elections of 2014 were considered a watershed event since it was the first time Afghanistan was going to polls in the backdrop of receding international support.

The NUG was formed after rounds of negotiations between Ghani and Abdullah mediated by the Secretary of State of USA, John Kerry. It was on September 21, 2014, that a two-pronged government was put in place in Afghanistan, ostensibly with an ‘original deadline’ of two years. It was envisaged under the agreement that the NUG would create conditions leading to the convening of a Loya Jirga which after amending the Constitution of Afghanistan would have formalized and codified the structures of political governance in the country.

Two years from September 2014 was the ‘deadline’ set for bringing about this constitutional change. The NUG was also expected to reform the electoral law and related provisions and hold elections to the Shura-e-Mili (Parliament) and 398 Woleswalis (Districts). But, what has unfolded this far has been far from meeting the mandate.

The ‘original deadline’ has expired; the NUG has justified its title very little. The cabinet under NUG took as much as two years to reach completion, in addition to which, internal rivalries within the government meant that it could not work effectively. Believed to be divided along ethnic lines between a Pashtun President and a Tajik CEO, the NUG was more of a compromise than a show of solidarity.

The Independent Election Commission which was to be reconstituted following allegations of nepotism and corruption is yet to see any reform. In fact, the Special Electoral Reforms Commission that was to suggest reforms in the electoral domain of Afghanistan started functioning only almost an year later.

Among the recommendations it advanced – 11 in total – only 7 have been accepted by the President only to be shot down by the Wolesi Jirga subsequently.

What has further eroded the legitimacy of the NUG is the public announcement of rifts. In a public display of verbal aggression, CEO Abdullah called the President of Afghanistan a ‘misfit’. He claimed that “over a period of three months you (President) don’t have time to see your chief executive one-on-one for even an hour or two? What does your highness spend your time on?” The recent one to join the ‘bash the NUG’ bandwagon is the first Vice President, Abdul Rashid Dostum who had recently asked the government to ‘watch out’ for the ethnic biases it has been spreading.

The ‘original’ time has already run out on NUG; it had to be ‘salvaged’ with Kerry flying to Afghanistan and announcing from Kabul that there had been ‘no deadline’ and that NUG still had years to serve as part of its tenure. In the meanwhile, the situation in Afghanistan has become even more precarious. According to reports, about 35% of Afghanistan’s territory, particularly in the hinterlands is under Taliban control.

While questions have been raised about this assessment, it is undeniable that the authority enjoyed by the ‘legitimate’ national government in Afghanistan has been waning. ISIS has made inroads into Afghanistan and has executed major bombings and frequent small-scale acts of terror.

The economic situation in Afghanistan does not paint a rosy picture and dissatisfaction with governance along ethnic lines (for instance, the Hazara-led ‘Enlightenment Movement’) appears to be on the rise. It would certainly be biased to not to enlist the achievements of the NUG however scanty and little effective they may have been.

To begin with, the revival of the Bilateral Security Agreement with the US has ensured continuous support from the latter through its changed (and considerably downsized) ‘Operation Resolute Support’. The recommitment of support worth USD 15.2 billion to Afghanistan until 2020 at the recent Brussels Conference is being counted as another achievement.

Regionally, initiatives including TUTAP, CASA1000 have seen the light of the day under the NUG. Bilaterally, Afghanistan has concluded treaties related to economic, strategic, cultural and political cooperation with many of its neighbours and beyond.

On the domestic front, the NUG has recently lauded itself for its achievements in the domains of ‘justice provision and ‘local governance’. The execution of a peace accord with Hezb-e-Islami (Gulbuddin) is being considered a major breakthrough even as it has left many unsettled and unhappy over the amnesty that has been granted to the ‘butcher of Kabul’, Gulbuddin Hekmatyar.

In its two-year long tenure, the NUG has been an uneasy alliance that has exuded lack of surety and confidence on many fronts. Rifts within the government are out in the open, with a growing sense of frustration over its corruption and lethargic development making the world weary of its investment there.

The path ahead of this government is expected to be as tortuous as its past; it seems it would be long before Afghanistan loses the tag of unpredictability. The next round of Presidential elections is still three years away – that is if the NUG functions (rather, is allowed to function) for its full term – with many things left to be achieved, chief among them being a change in the constitution.

Economically, while the country sits on top of enormous mineral wealth, investments in Afghanistan will continue to flounder for as long as there is insecurity in the country. At the social level, Afghanistan’s social cleavages are being exploited than being galvanized for strengthening democracy there.

In all, the democratic structures, procedures and rituals in Afghanistan inspire little confidence today. While it is certainly not prudent to expect instant success of democracy and rule of law in a country that has been marred by decades of chaos and conflict and continues to be affected by regional and bilateral mischiefs, in NUG, Afghanistan had found an opportunity to refine and reform its mechanisms and techniques of governance. It is high time that the political leaders in Afghanistan act in unison and make the most of this opportunity, lest it gets squandered away permanently in quarrels and fights.

This article was published at CLAWS

One thought on “Democracy In Disarray In Afghanistan: Disunity In Unity Government – Analysis”