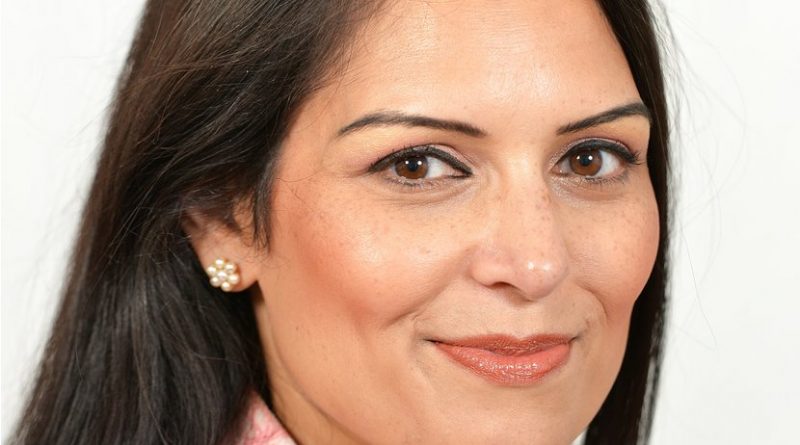 By now, Priti Patel probably wishes she had devoted her family visit to Israel in August to a round of ordinary tourist sightseeing and downtime away from her busy ministerial work, instead of conducting an agenda full of meetings with senior Israeli politicians. Her lack of judgment has, at least temporarily, brought her rising political career to a halt, as she was forced to resign from her post as International Development Secretary.

And so another minister has lost her job. To say that Prime Minister Theresa May’s government is in a state of disarray would be British understatement at its best, in describing a shambolic administration that is rocked daily by political divisions, intrigue and personal scandals that have led in the past fortnight to the resignation of two senior Cabinet ministers, with one or two more expected to vacate their positions very soon.

This latest saga of Patel’s “resignation” — a sacking in all but name — has also turned the spotlight on the ever-closer relations between the UK and Israel. The current British government comprises ministers who are among the most supportive of the Jewish state, including May and her Foreign Secretary Boris Johnson. Political, military and economic cooperation between the two countries has reached new heights in recent years.

The Israeli Prime Minister Benjamin Netanyahu’s most recent visit to London to celebrate the Balfour Declaration’s centenary was accompanied by a fanfare of unmitigated expressions of support for Israel, whereas the Palestinian side of the story was marginalized. May’s government is not even pretending to be even-handed on the Israeli-Palestinian conflict. Patel’s departure is a considerable loss for Israel of a minister who ideologically and instinctively supports it. However, her departure would not change the pro-Israeli line within the Cabinet.

As has become customary in public life, politicians lose their positions not for their original sin, but for not being forthright about it. Conducting 12 working meetings with senior Israeli politicians, including Netanyahu, is a hectic schedule for anyone on holiday, even for a minister. It was not only the intensive and high-level meetings themselves, but also that they were organized by one of the UK’s leading pro-Israeli lobbyists, Lord Polak, that added to the sense of intrigue. Questions were rightly raised as to what was behind Patel’s flouting of diplomatic protocol and failure to inform the British Foreign Office about these meetings.

Her visit to an Israeli military field hospital in the Israeli-occupied Golan Heights further complicated matters. It is almost inconceivable for a senior minister to be unaware that visiting the Golan Heights is in breach of British policy barring officials from traveling there as guests of the Israeli government.

It is no surprise that the request she made upon returning to Britain, to use the UK’s aid budget to finance the Israeli army’s humanitarian work in the Golan Heights, was rejected. However, it beggars belief that a senior member of the government was oblivious of her own government’s policy of not engaging with Israel on any issues relating to the Golan Heights that might be interpreted as a recognition of Israel’s right to that territory.

But perhaps Patel’s own assessment was that the British government has become so one-sided in its support of Israel that she could get away with even this irresponsible act of folly.

Patel might have taken this British-Israeli honeymoon too far, but in the final analysis, relations are closer than ever. Despite voting, in December 2016, in favor of UN Security Council Resolution 2334, which condemns Israel’s settlement activities in the occupied West Bank, the British government has done nothing to suggest it is acting to make this resolution a reality. Statements by British officials regarding a two-state solution and the expansion of Israeli settlements are rare and lack conviction.

One explanation is, of course, that May’s government is preoccupied with Brexit and engaged in a desperate attempt to cling to power, which she seems hardly capable of doing. Venturing into one of the more intractable international conflicts is beyond the current British government’s capability.

More significantly, the close relations with Israel are grounded in current British policy in the Middle East and Israel’s central role in it. The UK has subscribed almost entirely to Netanyahu’s view that Iran and Islamist extremism are the fundamental threats to stability, and also to British interests. While major parts of the Middle East struggle with internal and international strife, Israel is projecting military, economic and political strength and stability. There is high-level military and intelligence cooperation, especially in countering extremism. Both countries boast of bilateral trade that in 2016 reached a record high of more than £6 billion, and there are over 300 Israeli companies operating in the UK, employing thousands of individuals, with much of this business in the field of innovation and technology.

The inevitable corollary of this ever growing commonality of interests between the UK and Israel is the UK’s relative lack of involvement with the Israeli-Palestinian issue, pushing it to the margins of its priorities. Any criticism of Israel’s oppressive occupation of the Palestinian territories and people, or any move toward kick starting a meaningful peace process, has been mild and no more than lip service.
Patel’s gross misjudgment and her lack of candor about it cost her her ministerial job. However, she did make a correct reading of the current mood between the two governments.