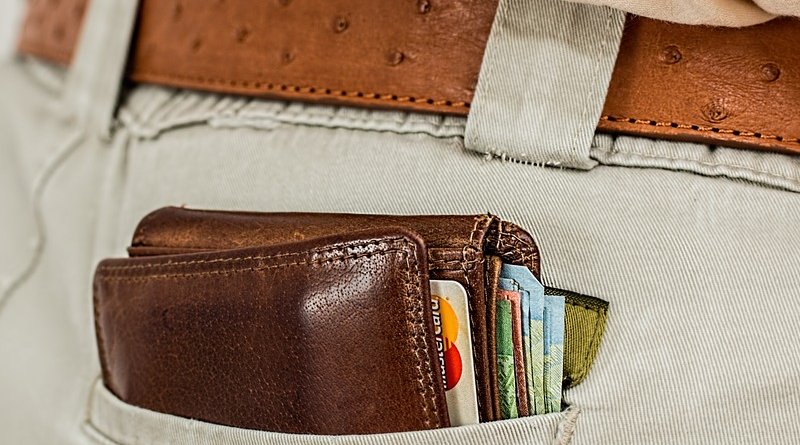 On Saturday, November 9, 2019 in Paris, we left our hotel for site seeing. We arrived on foot to the “Mairie d’Issy” metro station, 1-kilometer away. We took the subway train. We had walked through Paris, along the Seine river, Eiffel tower, Arch de Triomph, Champs-Elyesee, Condorde pyramid, Opera Garnier, go to the Sacre Coeur cathedral in Paris city center.

We purchased our tickets, 1,90€ each one way. I wished to pay cash and I opened my wallet. The cashier didn’t accept cash. He wanted a credit card. My son paid tickets with his own credit card. At one time in the metro trip, my wife found the environment too hot, she stood up and took off her uniqlo feather-filled vest. She was standing next to her purse. She put the iPhone in his bag.

Then she sat down. My backpack was always in my lap with the zippers closed. We got off the train.

I wanted to put my backpack on my back. I found two zippers open. I closed the zippers and continued. We stopped at a bakery (boulangerie) as we walked along the road. My son came in and asked for a donut sandwich, and my wife wanted to pay for it.

She took her wallet out of her purse, opened it, and no money. The money in her purse was stolen, around 200-300 euros. The purse was empty. We panicked. We thought it was stolen before in the hotel room. However we recalled that the cash was in the purse when we were buying subway tickets.

In subway car, a young woman in front of us was sitting with a big bag in front to distract attention. She pushed the bag forward and apparently she emptied our bags at the bottom. My wallet was also emptied, gone was €10.
In the zippered eye of my wife’s bag, there was cash of €1000 in a nylon bag. Fortunately that cash was not stolen.

Every year 30 million tourists come to Paris. Paris’s population is only 6 million. Pickpockets are often teenagers, they are mostly children gangs from Eastern Europe. Parisians spot the wrongdoers immediately, and they take precautions.

The captured child age thieves are released soon after their names are taken, since they are protected by law due to their young age.

So there is no way to punish them. It is estimated that each one of them can steal €3000-4000 per day. Total theft figure is estimated to be around 3million euros per year. Trauma and theft shock tourists, which are not so easy to heal.

The next day there was a similar situation on another subway car, this time my wife noticed earlier, the pickpocket was another young woman with a big bag in front her, pushed towards us. Hands from below met with each other. They took only money from the wallet. We learned that we need to keep money and passports in the inner zip pocket or leave them at the hotel, and watch out and be very careful in Paris subways.