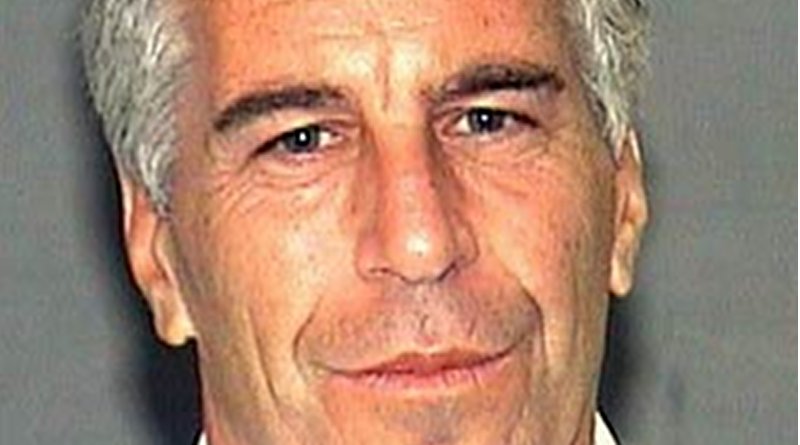 Mug shot of Jeffrey Epstein made available by the Palm Beach County Sheriff's Department, taken following his indictment for soliciting a prostitute in 2006. Source: Wikipedia Commons

Aren’t you getting sick of the left losing its collective mind over silly memes? It’s a familiar story, and it goes a little something like this: Right-leaning Americans get a meme trending, mocking the left. Progressives have a collective meltdown and try to use it push silly narratives that are only convincing to purple-haired feminists and their white knight lackeys.

So what’s the latest source of outrage? Apparently, it is a viral meme claiming that now-deceased billionaire Jeffrey Epstein did not kill himself. It’s a reference to the dubious circumstances surrounding his death in jail earlier this year.

The “Epstein didn’t kill himself” meme has driven the leftist establishment into a pit of insanity that would make Joaquin Phoenix’s Joker look like the embodiment of stable thought. It has so thoroughly impacted their collective psyche that they have invented irrational conspiracy theories about a conspiracy theory. Some intimated that the meme was a covert propaganda tool designed to recruit fascists.

Jeet Heer, National Affairs Correspondent for The Nation, tweeted his thoughts to this effect: “This ‘Jeffrey Epstein Didn’t Kill Himself’ business is definitely being used by fascist to recruit anti-system people. We’re going to need some thought on how to combat this.”

He followed up by expressing his concern that “like the Kennedy assassination or 9/11 trutherism, the Epstein thing will be a rabbithole that will lure many away from real politics.”

As if this weren’t already hysterical enough, it gets better. Other prominent leftists in government and the press also chimed in with their thoughts. Mediate’s John Ziegler published a pearl-clutching piece decrying the meme and those spreading it. “Worse than not being true, this ‘theory’ doesn’t even make any damn sense, and is in direct contradiction to the entire worldview of the morons and grifters who are selling it.”

Ziegler also declared that the meme was “dangerous.”

Even former Rep. Katie Hill (D-CA) jumped into the fray. When Rep. Paul Gosar (D-AZ) tweeted the meme, Hill lashed out at him for “tweeting out real conspiracy theories.”

To normal people, the Epstein meme is just a humorous way to make a point on social media. But to the progressive chattering class, it’s a serious problem. Why?

There does not seem to be a logical reason behind the left’s concern over a silly meme. After all, why would they care that people believe the alleged sex criminal was murdered? These are the same folks who pushed the Russiagate narrative despite the lack of evidence, after all.

For some, it might just be another political weapon to use against the right. It’s an opportunity to paint the right as a bunch of nutjobs who believe in whacko conspiracy theories. This is one of their most common rhetorical attacks. Even more common is their penchant for pretending right-wingers are all fascists, hence the tweet from Jeet Heer.

Of course, it is also possible that they just don’t like the fact that the meme puts Epstein back in the spotlight. The billionaire had ties to many famous individuals on the left, including former President Bill Clinton. The last thing they would want is for the public to be reminded of Epstein’s relationships. Either way, it is clear that the left has not yet learned their lesson. It is this type of behavior that has turned many off from supporting them. Perhaps they still believe that impeachment will be their key to victory in 2020.