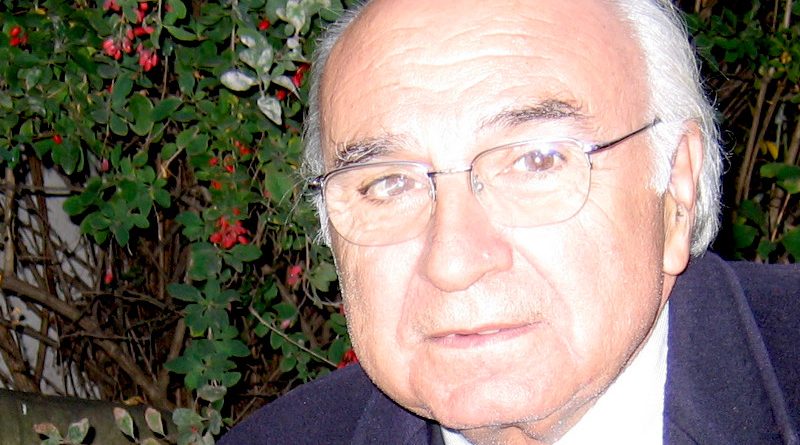 The poet Francisco Brines has won the Miguel de Cervantes 2020 Spanish Prize for Literature, which is awarded by the Ministry of Culture and Sport, including a cash prize of 125,000 euros.

The decision of the jury was announced earlier this week by the Minister for Culture and Sport, José Manuel Rodríguez Uribes, who was accompanied by the secretary of the jury, and Director-General of Books and the Promotion of Reading, María José Gálvez Salvador, at an event held in the auditorium of the Ministry of Culture and Sport, following a video-conference meeting of the jury to select the winner.

The jury awarded this prize to Francisco Brines for “his poetic work that ranges from carnal and purely human to the metaphysical and the spiritual, towards an aspiration to beauty and immortality. He is the intimate poet of the 1950s generation who delved deepest into the experience of the individual human as opposed to memory, the passage of time and vital exaltation”.

“Francisco Brines is one of the masters of poetry in today’s Spain and his mastery is recognised by all generations that follow in his footsteps”.

The poet Francisco Brines (Oliva, Valencia, 1932), is a graduate in Law, Philosophy and Literature and History, and holds an Honorary Doctorate from the Technical University of Valencia. He has been a lecturer in Spanish Literature at Cambridge University and a professor of Spanish at Oxford University. He was elected as a full member of the Royal Spanish Academy on 19 April 2001, making his presentation on 21 May 2006 with a speech entitled “Unity and intimacy of the poetry of Luis Cernuda”.

His poetry has been recognised with numerous awards, including the Adonais prize for Las Brasas (1959), the Critics’ Prize for Spanish poetry for Palabras en la oscuridad (1967), the Letras Valencianas Prize (1967), the National Poetry Prize for El otoño de las rosas (1987), the Fastenrath Prize for La ultima costa (1998), the National Prize for Spanish Literature (1999), the Federico García Lorca Poetry Prize (2007) and the Reina Sofia Prize for Ibero-American Poetry (2010).

He published a collection of his works in Ensayo de una despedida. Poesía completa, 1960-1997 (2012). In 2016, he published Jardín nublado, a selection of his finest poems together with several previously unpublished works, followed in 2017 by Entre dos nadas, containing 10 unpublished poems and more than 100 chosen by various friends, followers and students of his work.

In 2018, Antología poética was published, which “spans his entire career, from his first collection of poems – Las brasas (1959) – to the final collection – La última costa (1995) – as well as 10 unpublished poems published at a later date, taken from an unpublished book ,which illuminated his final stage”.

On 9 October 2019, the Regional Government of Valencia awarded him with its High Distinction, which he received at home.

History of the prize

By awarding this prize, which also includes 125,000 euros, public testimony is given on an annual basis of the admiration of writers who, through their works as a whole, have contributed to the enrichment of Hispanic literature.

The Cervantes Prize may be awarded to any author whose work is presented entirely or mostly, in Spanish. The candidates for the prize may be put forward by the Spanish Language Academies, previous winners, institutions which, by their very nature, aims or content, are linked to literature in the Spanish language and by the members of the jury.

The relationship among the winners provides clear evidence of how much this prize means for culture in the Spanish language: