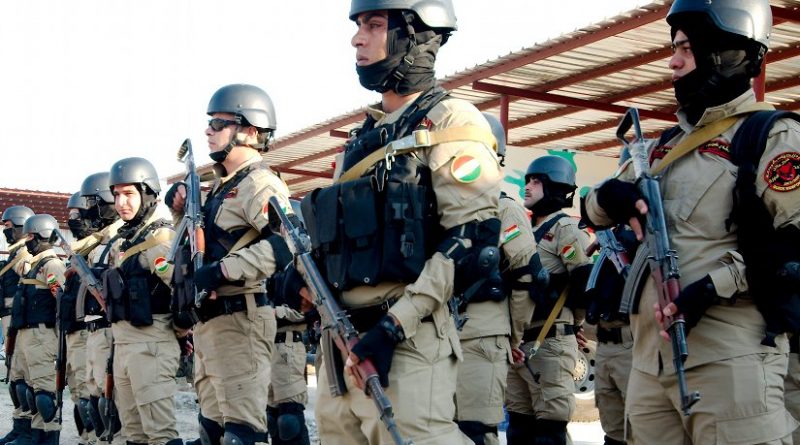 Kurdish Peshmerga fighters are rotating through coalition training in northern Iraq at the rate of 800 personnel every 25 days, enabling them to continue their fight against the Islamic State of Iraq and the Levant with minimal interruption, the commander of the Kurdistan Training Coordination Center said yesterday.

Located in northern Iraq, the center is staffed by seven coalition countries — Germany, Italy, Norway, the United Kingdom, Finland, the Netherlands and Hungary — and works with Peshmerga units to improve their capabilities, Prill said.

The center also holds special courses for Peshmerga officers, he said, up to the battalion level.

Overall, the center has trained some 8,000 Peshmerga fighters, who’ve then returned to the 1,200-kilometer front line to fight ISIL.

Home » US Training Of Peshmerga Moves Into High Gear