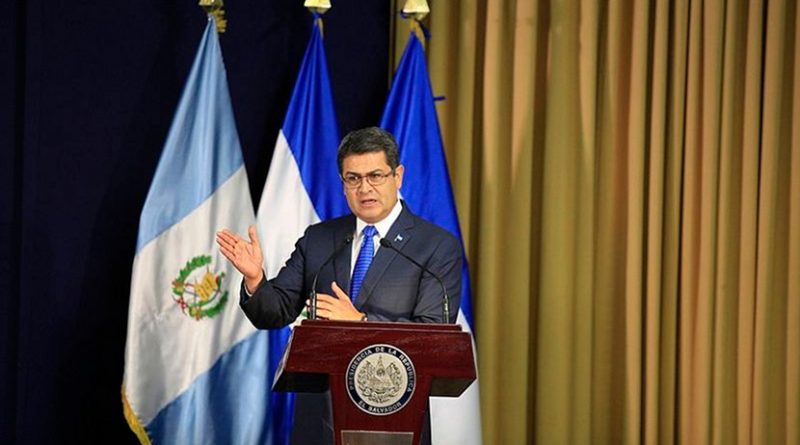 Honduras’ electoral authority, the Tribunal Supremo Electoral (TSE), has declared incumbent president Juan Orlando Hernández of the National Party the winner of the November 26 presidential elections, despite a statistical near-impossibility of such an outcome, Center for Economic and Policy Research (CEPR) Co-Director Mark Weisbrot said today.

A statement by Organization of American States Secretary General Luis Almagro also noted an “extreme statistical improbability” ― with regard to variation of participation levels within departments ― as a factor that “make[s] it impossible to determine the winner with the necessary certainty.”

“It is now clear to the experts who have looked at the results that there is no statistically plausible explanation for the sudden and drastic shift in the vote count that took place after the majority of votes were counted,” Weisbrot said. “This election has little credibility, either among most Hondurans, or internationally at this point.”

The TSE’s initial count of 57 percent of tally sheets on election night showed a five-point lead for opposition candidate Salvador Nasralla. The TSE system then mysteriously went offline for over 30 hours, and when it returned, the voting trends sharply reversed, eroding Nasralla’s lead until Hernández ended up with a 1.7-percentage-point lead over Nasralla, with all tally sheets counted. The results contradicted earlier public statements by one of the TSE magistrates, Marcos Ramiro Lobo Rosales, that 70 percent of tallies had been counted, and that Nasralla had an insurmountable lead.

An analysis of the vote tabulation by Dr. Irfan Nooruddin of Georgetown University’s Walsh School of Foreign Service, prepared for the OAS, found that the sharp change in voting trends following the TSE’s mysterious system failure was improbable: “differences are too large to be generated by chance and are not easily explicable, raising doubts as to the veracity of the overall result.”

Almagro called for new elections in a December 17 press statement, saying: “… the electoral process was characterized by irregularities and deficiencies, with very low technical quality and lacking integrity.”

Deliberate human intrusions in the computer system, intentional elimination of digital traces, the impossibility of knowing the number of opportunities in which the system was violated, pouches of votes open or lacking votes, the extreme statistical improbability with respect to participation levels within the same department, recently printed ballots and additional irregularities, added to the narrow difference of votes between the two most voted candidates, make it impossible to determine with the necessary certainty the winner.

In addition, the partisan composition of the TSE has added to the suspicions of many Hondurans. The TSE is headed by David Matamoros Batson, a former executive secretary and former congressman for the ruling National Party.

“Calls for a new, free, and fair election with credible guarantees and an independent electoral authority have been justified beyond a reasonable doubt,” Weisbrot said. “It is unfortunate that the US government has not joined the OAS secretary general and others in calling for this solution.”