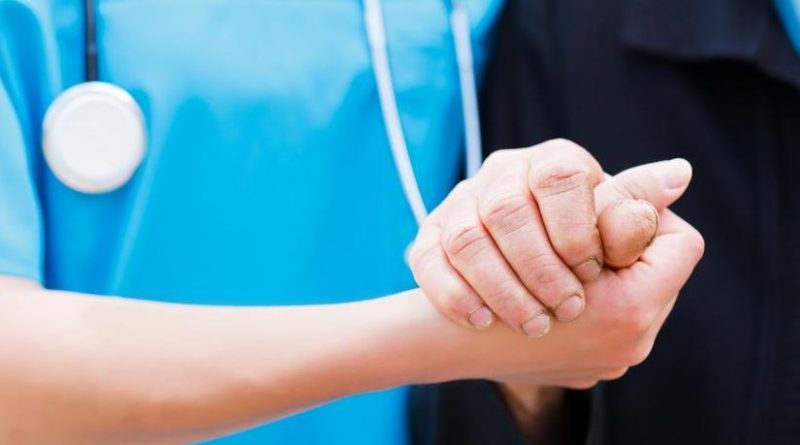 Federal and state government efforts to reduce prescription opioids are inadvertently harming chronic pain patients in the United States, Human Rights Watch said in a new report. Many patients are involuntarily cut off medications that improve their lives or say they are unable to find a doctor willing to care for them.

In the last decade, hundreds of thousands of Americans died of drug overdoses. By some estimates, nearly half of these deaths have involved prescription opioids. To stem this crisis, government authorities have mounted aggressive attempts to reduce the use of these medicines. They have investigated physicians who prescribe them for no legitimate medical reason and increased monitoring of prescribing by physicians. Some state governments and Medicaid programs have imposed strict upward limits on the dosage physicians are allowed to prescribe.

The 99-page report, “Not Allowed to Be Compassionate: Chronic Pain, the Overdose Crisis, and Unintended Harms in the US” documents how some of these actions have had an unintended and harmful chilling effect, making doctors fear repercussions for prescribing even to patients with severe chronic pain who have a legitimate medical need for prescription opioids.

“There is no doubt the government has to take action to counter the overdose crisis,” said Laura Mills, a health researcher at Human Rights Watch. “But it should make sure that chronic pain patients don’t end up being collateral damage.”

The report documents the negative impact of government efforts to reduce opioid prescribing to chronic pain patients. Based on dozens of interviews with patients, medical professionals, pharmacists, public officials, and health experts, this report describes how policies intended to stem the rise in overdose deaths have also driven harmful cutbacks in opioid prescribing to people who need these medicines.

Many chronic pain patients who found relief through opioid medications are being forced off them, the report found. Their pain increases as a result, and they can no longer participate fully in work, family, or social life.

“The only time I leave my house anymore is to go to a doctor’s appointment,” said 57-year-old Maria Higginbotham from Washington State. Higginbotham, who had 12 back operations to stem the collapse of her spine, suffers from several conditions that cause severe pain. Although opioid medicines significantly reduced her pain, her doctor informed her in March 2017 that he would cut her prescription by 75 percent. Her pain has intensified so much that she can no longer do simple things like cook, go to the bathroom unassisted, or play with her grandchildren. She said that the ordeal “is not just a physical issue, it’s also an emotional [one]. Because you’re losing parts of your life.”

Many patients who had a history of being treated with high-dose opioids found it difficult to find any medical care at all: if their provider retired or moved or if their clinic was shut down, they were often abruptly terminated from care and struggled to find a new doctor. Some patients spoke of self-medicating with alcohol or other drugs, while others said they had contemplated suicide because of their unmanaged pain.

Medical professionals interviewed by Human Rights Watch said they faced intense pressure to reduce opioid prescribing, even in cases where they believed a patient was benefitting from and taking their medication appropriately. Because federal law is vague on what constitutes appropriate prescribing, providers said they had lowered patients’ doses without their consent and against their own clinical judgment.

The use of opioids for treating chronic pain is controversial, as evidence of their effectiveness is limited and often inconclusive. However, involuntarily reducing medicines for patients who benefit from them and take them appropriately is inconsistent with recommendations from the Centers for Disease Control (CDC). In a 2016 guideline, the CDC encouraged physicians to reduce a patient’s dose only when they consent to the change. However, the report documents a harmful disconnect between the CDC Guideline and the way it has been interpreted and used by government authorities, insurers, and physicians themselves. The result is that many providers described the CDC Guideline as a key factor driving them to involuntarily cut patients off of opioid medications, even though it does not recommend doing so.

Forty million Americans suffer from moderate to severe chronic pain every day. Because chronic pain is complex and individual, it can be difficult and costly to treat, meaning many chronic pain patients do not receive adequate medical care. In the 1990s and early 2000s, patient advocacy as well as aggressive and deceptive pharmaceutical marketing led to a staggering rise in the use of opioids to treat chronic pain. Because insurance companies often give limited coverage for cost-intensive alternative treatments like physical therapy, massage, and acupuncture, opioids became a go-to and affordable treatment option used by many physicians. Coverage for alternative treatment is still problematic, leaving many chronic patients without other options.

Federal and state policymakers should ensure that policies to address the overdose crisis take the needs of chronic pain patients into account, and promote safer prescribing practices based on individual needs rather than blunt cutbacks. The government should collect data on the potential unintended consequences of such policies for chronic pain patients – evidence that is sorely lacking at the moment. Chronic pain patients have a legitimate – and often debilitating – medical condition and have a right to medically appropriate pain treatment.

“Physicians need to be cautious when prescribing these medications,” said Mills. “But policies that foster fear rather than appropriate prescribing needlessly force patients like Higginbotham into unnecessary pain and a diminished quality of life.”