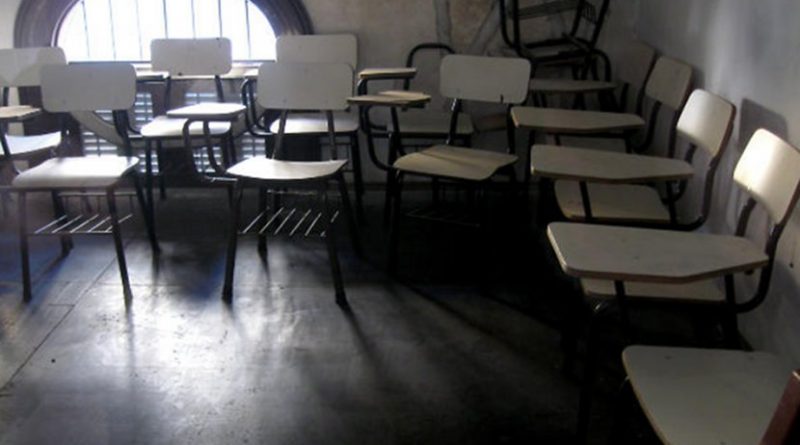 There is this idea Prime Minister Dr. Mahathir Mohamad asking Malaysians to emulate Japan and Korea as models, of showing recordings of good teachers teaching. The 94-year-old prime minister liked it a lot and wants school to adopt and implement. I suppose his minister of education would also abide by the wishes, as a loyal party member.  But I hope I am wrong. That this is not to be the solution to improve our education system, any for that matter. If this is so, I believe this is an idea whose time should never come.

This could be a good as piecemeal, case study of best practice in teacher training, but misses the point entirely of what teaching is all about. Each teacher should come in with a passion for teaching (and learning as well) and be developed right there in the classroom. Being coached, mentored, assessed, and professionally developed as an ongoing effort to develop teaching. As we know the evolution of passion lies in first seeing teaching as a job, then as a profession, and next as a “calling” and the realization that a teacher has the rights, responsibilities and vision to nurture young minds to become not only good workers but also good thinking citizens. Let us think of what teaching should always be about.

Create productive and democratic citizens, the American philosopher John Dewey would say about teaching. This is a basic philosophy of teacher empowerment.  This has to be the pillars upon which the complex world should lie as we “batch process human beings” through that conveyor belt called “schooling”.  An “Education minister” or grand leader of human capital revolution in any sovereign state must understand this notion of education “from the cradle to the grave”, as the cliché’ goes.

No amount of technology can replace that human being called a “teacher”, including via that proposal to use video-tapes of “Japanese-styled teaching” so that our children can start “looking East”, while our education system is still plagued with major structural issues of race, religion, power, and class. We seem to read about touch and go ideas being “mandated” later, not understanding the interconnectedness of education, teaching, learning, understanding, and transmission and creative development of knowledge and subject matter. We seem to have those leading education with not enough or none-at-all classroom experience. Unfortunate. For the children of this and next generation.

In late September in Chicago, I had the opportunity to visit the home and studio of the great American architect Frank Lloyd-Wright as well as the home of the Nobel-Laureate and literary giant Ernest Hemingway. I made some notes reflecting on what makes America still, a home of innovators and frontier thinkers and why, many students from all over the word, Trumpism aside, still wish to gain places of study in America’s best universities.  It is the commitment to good teaching and to the idea of ars liberalis (arts of a free Man), and that Deweyian-Freirian progressive educational-philosophical foundation of education that is of essence permeating the corridors of academia, in a nation-state and a republic that separates Religion and the State. This framework of schooling, also based upon the idea of Progressivist-Pragmatism rather than purely Essentialist-Ideological basis, has helped Americans develop brain-power industries thus far. Of course, the idea of America as a nation state that has developed into a “military-industrial complex” or that postmodern Sparta, is a different matter I can discuss in a different essay.

Back to the nurturance of good teachers.

The products of teaching

If we produce good teachers, we’ll produce good teaching, and good students, and we’ll have hope to produce good generation of those we put on the conveyer belt called education. But it all must start with the philosophy of teaching and how we conceive what the human mind is all about and how it is to be developed in the “life of the mind”.

Therein lie a complex kaleidoscopic understanding of what the content, professional knowledge, skills, attitude, and vision a teacher should have. Then there is the “multiplier effect” of what a teacher can do to thousands of young minds in his/her care. A teacher, simply put, can make or break, the soul and spirit of a child or of thousands of young children, young, men. Herein lies the idea of human alienation and despair when good teachers are not produced. Herein lies the answer to why students drop out of school and become a problematic to society.

That is why we need to have good practitioners as educational leaders, even at the ministerial or the highest national-educational administrational levels, in any country. How do we create geniuses, such as Frank Lloyd-Wright, Leonardo Da Vinci, Nikolai Tesla, Nelson Mandela, or even Steve Jobs, Miles Davis, and Ernest Hemingway – sung and unsung heroes of Humanity — if we do not have inspiring teachers and a transformative education system that will help empower teachers to become geniuses themselves?

There is a sense of despair and dread of what is happening in our educational consciousness these days. That we are not moving much further in the way we conceive this mega-structural change called the “new economy” or the wave of the “4.0 industry” that we are now being gradually plunging into, as we continue to see the unpreparedness of the workforce, produced by or conveyer belt of human engineering called “schools”.

We continue to fail to answer the question: What are schools for in this age and time and how the movable and immovable parts in in the system play their role in our preparation. And we have not even yet touched the topic of teaching and indoctrination by the State.

What then must we do to create and nurture a generation of thinkers and doers who will have the passion and social conscience of what they are doing? As Dewey said, “Schooling is not preparation for life. Schooling is, life itself.”

Only if we have good teachers who will produce such conditions for the preparation of life and for life.

Home » Machines Are Not Teachers, Passion Is – OpEd

By Harsh V. Pant As America prepares for the transition from the tumultuous era of Donald Trump to what many