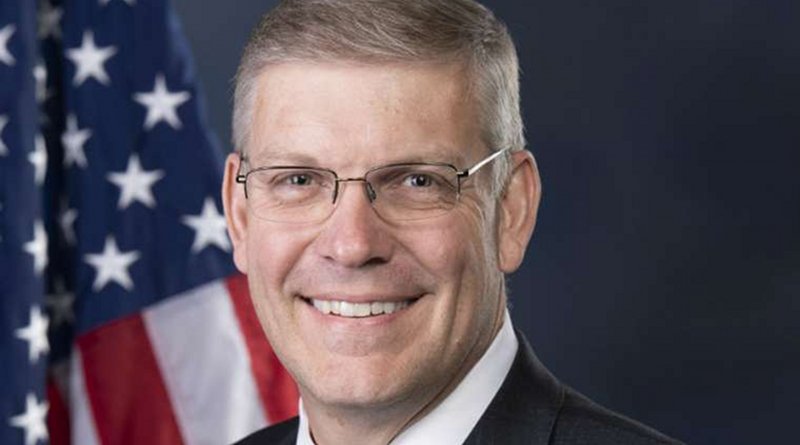 A Georgia congressman’s office defended a claim made Wednesday that Jesus Christ was afforded more rights during the trial that led to his crucifixion than President Donald Trump has been given during impeachment proceedings.

“Before you take this historic vote, today, one week before Christmas, I want you to keep this in mind: When Jesus was falsely accused of treason, Pontius Pilate gave Jesus the opportunity to face his accusers,” Rep. Barry Loudermilk (R-GA) said on Wednesday on the House floor, amid House debate on a motion to impeach Trump.

“During that sham trial, Pontius Pilate afforded more rights to Jesus, than the Democrats have afforded this president in this process,” he added before yielding his time.

“Congressman Loudermilk was simply making a comparison about the process; that Pontius Pilate allowed Jesus face his accusers, but the Democrats refused to allow the president or Republicans to even know who the accuser was, much less the right to question him or her,” Brandon Cockerham, Loudermilk’s press secretary, said in an email to CNA.

The 23rd chapter of the Gospel of St. Luke recounts that Jewish religious leaders took Jesus, who had been arrested while praying in Jerusalem’s Garden of Gethsemane, to the home of Pontius Pilate, who was then governor of the Roman Empire’s Judean province.

“We found this man misleading our people; he opposes the payment of taxes to Caesar and maintains that he is the Messiah, a king,” the crowd with Jesus told Pilate, according to St. Luke’s Gospel.

Luke’s Gospel recounts that Pilate found “no guilt” after questioning Jesus and sent him to be questioned by Galilean tetrarch Herod Antipas.

Pilate eventually acquiesced to repeated insistence that Jesus, the Incarnate Son of the Father, be executed.

Christ, subsequent to that execution, rose from the dead, ascended to heaven, and is seated at the right hand of the Father.

Loudermilk’s Dec. 18 remarks also took issue with Speaker of the House Nancy Pelosi (D-CA), who said in November that if Trump had proof of his innocence, “he should make that known.” The congressman claimed that Trump has repeatedly been denied his Constitutional rights throughout the impeachment process.

“The Constitution also guarantees that the accused can call witnesses to testify on their behalf,” said Loudermilk. “But the Republicans and the president were continually denied that right throughout this process.”

The congressman’s remarks refer to a “whistleblower,” who earlier this year accused the president of abusing the power of his office by apparently implying to Ukranian president Volodymyr Zelensky that military aid to the country would be withheld unless the president worked to assure an investigation into former vice president Joe Biden and his son Hunter.

The “whistleblower” has not been identified, and as such, Trump has not been able to question the person. This, said Loudermilk, is a violation of the Sixth Amendment of the Constitution, which states that people have a right to a fair trial and to face their accuser.

The impeachment process officially began on September 24, 2019, and concerns whether or not Trump abused his power. The two articles of impeachment filed against Trump accuse him of “abuse of power” and “obstruction of Congress” regarding the legislative body’s investigation of Ukraine.

The House of Representatives is set to vote on Wednesday evening to impeach Trump. There will be separate votes for each of the two articles of impeachment that were filed against the president. If the vote passes, the Senate will then hold a trial to decide whether or not to remove Trump from the presidency.