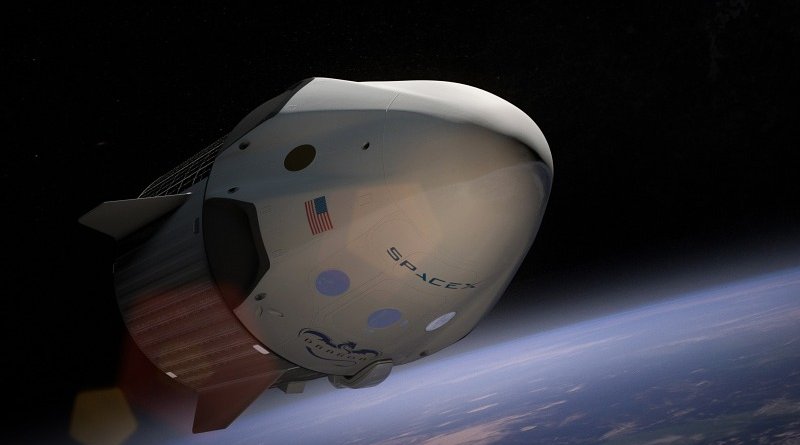 Outer space and its starry skies have fascinated mankind since the dawn of time. In fact, astronomical observation arose in many different corners of the world because of its relevance for measuring time. It must be borne in mind that calendars are essential for countless activities related to the evolution of civilization, including agriculture, animal husbandry, business, statecraft, finance, and management.

Moreover, many works of science fiction –including novels, films and other cultural products– have speculated about the challenges, opportunities and discoveries waiting to be found in the vastness of the cosmos. Thus, the prospect of exploration of remote alien worlds, the colonization of distant planets, the eventual encounter with all sorts of extra-terrestrial biological entities, cometary disasters, the expansion of civilization throughout the universe, intergalactic travel and even alien invasions are common tropes that have come to occupy a place in the minds of millions of people.

Needless to say, only time will tell if such exciting possibilities will materialize at some point. What is clear in the early 21st century is that the usefulness of space-based platforms is key for countless civilian and military applications, including navigational systems – like the American GPS or the Russian GLONASS – warfare, tactical support, weather forecasting, astronomical research, surveillance, and communications. Furthermore, the cosmos is nowadays becoming an increasingly fierce competitive arena where great powers are seeking to establish their presence and ascertain their strategic interests.

Political Realities in the Space Age

Beyond the evident interests in the fields of science and research, space has always entailed a critical importance in terms of high strategy, military affairs, and national security. For instance, the V-2 rocket – the very first object manufactured by humans that reached outer space – was a weapon used by Nazi Germany to terrorize London during World War Two. Later, the chief scientist responsible for its creation (Werner Von Braun) became one of the founding fathers of NASA and the V-2 was essentially the first modern long-range ballistic missile.

During the Cold War, the development of space programs rapidly became a matter of international security, considering that the expertise and technological components related to it are useful in manufacturing ballistic missiles capable of delivering nuclear warheads. Thus, the frightening prospect of thermonuclear warfare encouraged the need to rely on effective early warning systems, a role that was fulfilled by artificial satellites.

Moreover, the so-called “space race” can also be interpreted as a contest fought between the United States and the Soviet Union in the realm of “soft power.” In other words, sending men, women, animals, robots, spacecraft and the like to both outer space and several celestial bodies represents elements that confer prestige, as visible tokens of the visionary prowess shown by the superpowers that made those achievements possible.

Likewise, it is believed that the Strategic Defense Initiative (SDI) project – often referred to as “Star Wars”– heralded the militarization of outer space. As a comprehensive and complex space-based missile shield, SDI was conceived as a game-changer that could decisively alter the strategic balance of power in favor of Washington. However, although the plan still has not come to fruition according to its ambitious original parameters, it was simply the continuation of a previous trend, similar to how the earliest astronauts were originally pilots of military aircraft, including Yuri Gagarin, Buzz Aldrin, Neil Armstrong, and Valentina Tereshkova. Another telling factor that reinforces this perspective is that Moscow regarded the American space shuttles as potential transatmospheric strategic bombers.

Later, the real-time intel and secure encrypted communications provided by satellites also became critical for power projection platforms – including submarines, warships, aircraft carriers, armored divisions, fighter aircraft, and attack drones – in the context of conventional warfare. Aside from their instrumental use when it comes to espionage and surveillance, this explains why the list of countries that operate military satellites now includes the US, Russia, China, France, Israel, Germany, and Japan, amongst others with more limited capabilities. Not surprisingly, the competitive edge is held by great powers.

The Emergence of Astropolitical Thinking

Extrapolating the general principles of geopolitics – including the teachings of Admiral Alfred Thayer Mahan concerning the decisive role of sea power– the essential theoretical axioms of political realism and some military concepts put forward by the Prussian general Carl von Clausewitz, American Professor Everett Carl Dolman wrote a book called ‘Astropolitik’ – almost 20 years ago – in which he argues that space will inevitably become a strategic battleground whose control will be contested because of the following reasons:

Concerning military affairs, the domination of near-Earth space (as the ultimate high ground) will be critical for the evolution of global hegemony. Hence, the prospect of strikes launched from above will be a reality sooner or later.

The cosmos will likely become an environment with an increasing presence of various business interests. This reality will promote the establishment of private spaceflight companies and the proliferation of spaceports and related infrastructure.

Outer space is like a sea whose strategic corridors and positions will eventually be crucial for military, logistical, and commercial purposes, a reality that will unavoidably attract the interests of the great powers.

In the long run, as the Earth’s resources are depleted, the heavens will represent mankind’s future Lebensraum, especially for the frontiersman willing and able to conquer it.

Progress in the long march towards the stars will entail a great deal of national pride for the peoples whose efforts turn out to be successful.

The Solar System will be up for grabs for spacefaring empires.

Therefore, Dolman concludes that, rather than co-operation, political and economic rivalry will be increasingly commonplace as space exploration moves forward. After all, and as is usually the case, there will be strong incentives to put aside wishful thinking when it comes to the pursuit of power, wealth, and prestige. Such tension will replace formal legal regimes with others based on a balance of power. Thus, this perspective entails a Westphalian conception of the cosmos.

That would hardly be surprising, taking into account that – throughout history – laws do not define political action. Instead, the changing correlation of forces in the political sphere is what has given birth to regimes, legal frameworks (including treaties) and rules.

The third decade of the 21st century will arrive in less than a month. Yet, it is still early to determine categorically whether Dolman’s forecasts will turn out to be accurate. However, there are undeniably several clear signs indicating that strategic competition in outer space is gaining a considerable degree of traction. Indeed, even the futuristic prospect of space warfare does not seem far-fetched.

For instance, the concept of full-spectrum dominance – as understood by the Pentagon – encompasses the extra-terrestrial battlespace as one of the realms where military superiority is to be attained in order to wage war in an intersectional operational theatre. Moreover, the latest US National Security Strategy, presented in 2017, explicitly identifies the importance of enhancing space power capabilities as a vital national interest. Hence, preserving and strengthening its unmatched reach in outer space is an imperative for Washington.

Accordingly, the revitalization of the US Space Command needs to be examined in this context. The implementation of such plan includes the development of a warfighting force capable of undertaking military operations beyond the Earth’s atmosphere. In parallel, the renowned airspace company Lockheed Martin (one of the crown jewels of the American military-industrial complex) has created a high-tech facility –called “Pulsar Guardian”– which is meant to simulate what a conflict fought in outer space might look like under realistic conditions.

However, the US is not the only relevant player. For instance, China has been testing anti-satellite weapons (ASAT), including ground-based lasers that can blind enemy satellites and even kamikaze vehicles programmed to smash them. In turn, Russia’s experiments to use missiles as ASAT weapons have been successful.

On the other hand, some doctrines of asymmetric conflict envisage the importance of neutralizing satellites in order to disable military capabilities on Earth. The rationale is to sever the link between space-based reconnaissance capabilities and operational combat readiness. In other words, forces on the ground or battle fleets would be deprived of the valuable input supplied by satellite constellations.

Furthermore, there are even more exotic possibilities, including orbital bombardment, the detonation of electromagnetic pulse bombs (known as EMP), and nuclear strikes. An interesting precedent is that, during the late 50s, the US conducted a study called “Project Horizon,” probing the feasibility of a permanent military presence on the Moon, based on strategic calculations related to national security. However, even these unorthodox ideas reveal that, at least for the time being, the purpose of space warfare is still focused on worldly pursuits.

The reconfiguration of outer space as an independent warfighting domain – with its own parameters of confrontation, operational doctrines, and strategic imperatives – is likely a matter of time. Therefore, the proliferation of energy-directed weaponry will mark the arrival of a new generation of WMD, especially as pursuits like asteroid mining and the terraforming of Mars raise the stakes by offering attractive economic incentives. Likewise, the potential threat of cosmic piracy must not be prematurely dismissed. Last but not least, the pertinence of establishing a planetary defense from the plausible impact of near Earth objects – events that have triggered mass extinctions several times – is also starting to be discussed.

The progress of technology has literally widened and deepened the scope of strategic competition. Contrary to what it used to be merely a century ago, nowadays it is no longer confined to Earth itself. Thus, astropolitics goes well beyond the field of neoclassical geopolitical thinking but, paradoxically, it does not fully transcend its core assumptions, like the relevance of geography as a driving factor that shapes political behaviors and the universal and timeless presence of rivalries. After all, even in the cosmos, locations matter, and conflict has been inseparable from the human condition since the time of the Pharaohs.

Home » The Dawn Of The Age Of ‘Astropolitics’? – Analysis