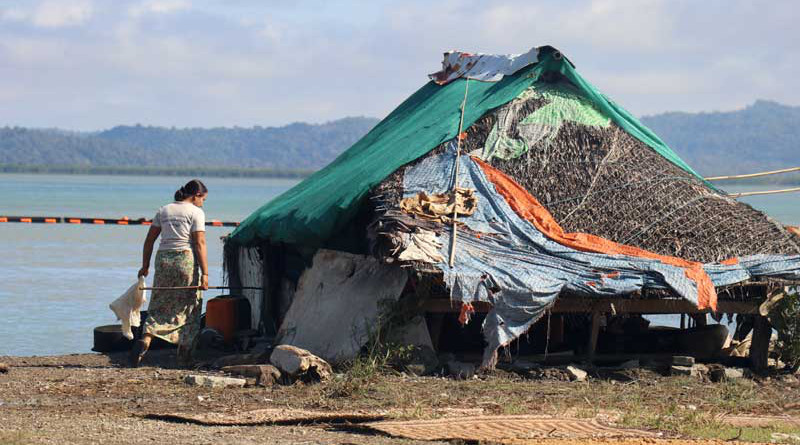 A spokesman for the ruling National League for Democracy (NLD) has thrown cold water on prospects for promptly holding make-up elections in Arakan State constituencies where voting was cancelled in last month’s general election, when a majority of the state was disenfranchised.

The NLD wanted the election to be held in the passed over constituencies as soon as possible, but it should be held in accordance with existing laws and regulations, said Dr. Myo Nyunt, the NLD spokesman.

“Freedom and fairness are the lifeblood of elections. The election must be guaranteed to be free and fair. Free and fair elections cannot be achieved simply by stopping the fighting,” he said, referring to the conflict between the military and the Arakan Army, which was cited as the reason elections were not held last month.

In much of Arakan State’s northern half, fighting between the Tatmadaw and the Arakan Army (AA) had been sustained and was often intensifying for nearly two years, since about December 2018. But a détente appears to have been reached in recent weeks.

On November 12, four days after the 2020 general election, the Arakan Army called for make-up elections in the Arakan State townships where voting was not held on Election Day. The Tatmadaw quickly welcomed the AA’s request and there has been no fighting between the military and the ethnic armed group in Arakan State for more than a month. Top leaders from both sides have been in talks to strengthen the tentative ceasefire, including prospects for make-up elections in cancelled constituencies.

The Union Election Commission (UEC) has said that its decision to designate townships where elections could not be held last month was informed by the views of the Union government, the Ministry of Defence, the Ministry of Home Affairs and the relevant election subcommissions. While it has faced accusations of bias, the UEC maintains that it is an independent body and fair elections arbiter.

Political commentators in Arakan State and beyond have noted that most of the constituencies skipped over on November 8 were unfavourable electoral terrain for the ruling NLD.

The government’s “attitude” is a major factor in make-up elections’ prospects, according to U Pe Than, a member of the Arakan National Party’s policy steering committee.

“Now, the government’s attitude is important. President U Win Myint called for holding elections in Arakan State. The UEC will hold the election if the government gives the green light,” the Myebon Township lawmaker said.

In his message marking the 46th anniversary of Arakan State Day on December 15, President U Win Myint expressed regret for the Arakan townships that had yet to hold elections, and he urged individuals and organisations to work together to make make-up elections in those constituencies happen. On the same day, the commander-in-chief of the Defence Services, Senior-General Min Aung Hlaing, offered support for make-up elections before December 31 in at least some of the areas in Arakan State where the general election was cancelled.

“This cannot be done by the government or the Union Election Commission alone. This is possible only with the participation of all relevant departments and the people, as well as the relevant armed groups, in accordance with the relevant laws and regulations. That is why the president called for everyone to join their efforts in his message,” Dr. Myo Nyunt said.

If the UEC decides to hold follow-up elections in Arakan State, the state election subcommission is ready to implement the directive, officials from the subcommission have told DMG.

With security concerns cited, elections were not held last month in the entireties of nine Arakan State townships, as well as parts of four other townships in the state.