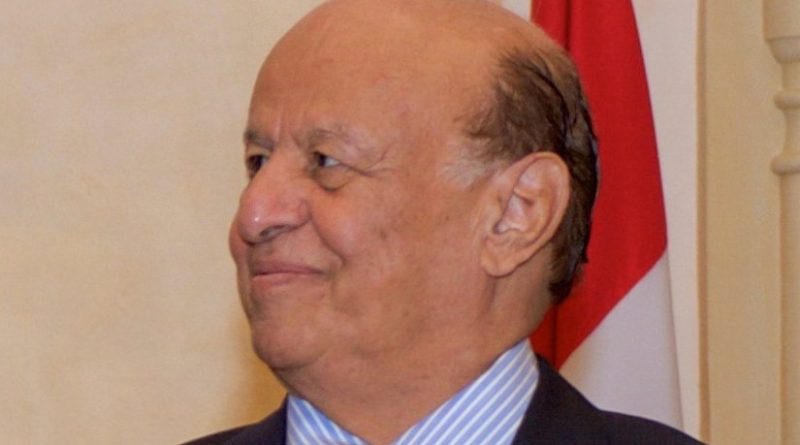 Yemeni President Abed Rabbo Mansour Hadi announced on Friday the formation of a power-sharing government, in accordance with the terms of the Riyadh Agreement jointly signed with the Southern Transitional Council (STC) in November last year.

He confirmed the appointment of Moein Abdel-Malik as prime minister and Ahmed Awad bin Mubarak as minister of foreign affairs.

“The government consists of 24 portfolios divided equally between the north and south, as stipulated in the Riyadh Agreement,” Hadi said. The announcement was made on Yemeni state TV late on Friday night.

The Saudi Foreign Ministry welcomed the formation of a government “that includes all components of the Yemeni spectrum.”

In a message posted on Twitter, Abdel-Malik tweeted: “The declaration of the new government … is a culmination of great efforts led by the president and the leadership of Saudi Arabia and the coalition for supporting the legitimacy, as well as the Yemeni political forces and national figures.

“The declared government faces historical urgent responsibilities that require serious and resolute work, a broad national vision, a clear and sound political and economic program, and a solid will to (end) the coup (by Houthi rebels), restore the state and stability, build institutions, develop resources, confront corruption and improve services.”

A spokesperson for the STC in Abyan said: “We have finished implementing the military part of the Riyadh agreement, and we have also finished the redeployment and withdrawal process, and we have committed to the positioning plan prepared by the coalition.”

Aidaroos Al-Zubaidi, the head of the STC, had announced earlier that all parties had reached an agreement on the formation of the government.

“The Riyadh agreement represents a real opportunity for peace in the south … and from this standpoint, the council will remain a strategic partner with Saudi Arabia and the Arab coalition countries in various related files and issues, until achieving and securing all common interests and goals,” he said.

Military arrangements for the implementation of the Riyadh Agreement have also been agreed between the Yemeni government and the STC.

Earlier on Friday, Abdul-Malik said that this new phase for Yemen will hasten the end of the Houthi coup and the restoration of state control over all of the country. He added that it will ease the suffering of the Yemeni people, remove the Iranian threat to neighboring countries, restore the security of international navigation in the region.

He said that the government will adopt a comprehensive approach to normalizing the situation in the liberated governorates and work to build national unity in the military and security forces in a way that helps to restore state sovereignty and end the Iranian-backed Houthi coup as quickly as possible.

The Riyadh agreement set out a framework for resolving the dispute between Hadi’s government and the STC over control of the south, which had escalated into military clashes in August 2019. The government has also been at war with Iran-backed Houthi rebels, who control Sanaa, since 2014.

Under the agreement, which was reached with the support and encouragement of Saudi Arabia, the government and the STC agreed to form a unity government that fairly represents the interests of all Yemenis, irrespective of sect, ethnicity or religion.