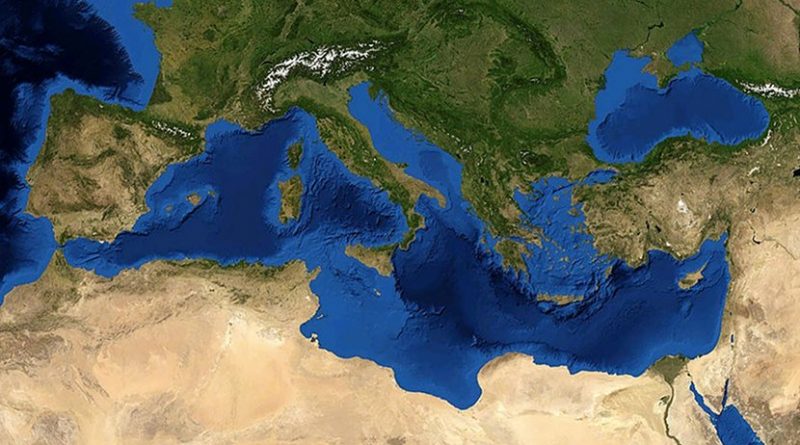 By Kristina Kausch and Richard Youngs*

The Union for the Mediterranean does not represent a rebirth but rather the further atrophy of the vision that infused the inception of the Euro-Mediterranean Partnership (EMP) in 1995. Spain promises to revitalize Euro-Mediterranean relations during its presidency – something each new EU presidency does, ritually. This time, however, broader reassessment is required.

Relations between North Africa and Europe have become increasingly devoid of the ‘transformational’ partnership that has long been promised. The Euro-Mediterranean Partnership was predicated on joint commitments to cooperative security, region-building, burden-sharing, cultural proximity, economic support and political modernization. That vision languishes today in North Africa.

The policy areas that are flourishing are those of a defensive and exclusionary bent, subverting the EMP’s ostensible rationale. Relations between Europe and North Africa are suspended in unhealthy stasis. Partnership has shifted even further towards controlled surveillance. What might be termed the founding ‘Euro-Med vision’ is about to expire.

The new Union for the Mediterranean (UMed), established at French instigation in July 2008, clearly dilutes the political character and thrust of the EMP vision. Reining in the initial, intemperate proposal put forward by the French government to exclude all but the coastal EU member states afforded some relief, and the new initiative in effect folded into the EMP. But this does not change the substantive gist of the new Union.

Its main focus is on relatively uncontroversial areas of cooperation such as solar power, maritime transport, civil protection, education and small businesses. At this technical level, most policy areas identified as priorities are in fact already the subject of deep institutionalized cooperation.

The idea to lighten bureaucratic procedure is a good one – although not one easily squared with the creation of yet another institution, a Barcelona-based secretariat charged with running the UMed. But the main issue is that the UMed is expressly designed to push the focus of relations away from the most sensitive political areas.

The familiar problem of relations with North Africa being ‘infected’ by the Arab-Israeli conflict has not been overcome. No positive link has been made between policy in North Africa and efforts to revive the Arab-Israeli peace process – supposedly the EMP’s central rationale as a pan-Mediterranean initiative.

The impotence of both European and North African states in the face of Israel’s invasion of Gaza in December 2008 paid tragic testament to this. It demonstrated that the logic of a positive spillover effect from a comprehensive cooperative security endeavor is farther away from being realized than ever. In private, senior diplomats admit that the new, ‘co-owned’ institutional structure even further undermines the potential for a policy toward North Africa that is autonomous from the obstacles of the peace process. In fact, UMed was paralyzed for most of its first year in operation by the Arab League’s insistence on a seat and then by the Gaza conflict.

The bilateralism of the European Neighborhood Policy (ENP) has offered North African states some concrete gains in specific sectors of cooperation that have been liberated from linkage to the problematic regional context. Yet such parcelized approaches sit uneasily with the much proclaimed logic of the EMP.

With Saudi Arabia now playing a leading role in the peace process and so much diplomacy hinging on the link between this and the Syria-Iran nexus, the ‘Mediterranean’ basis of European relations with North Africa looks increasingly at odds with the political dynamics of the broader Middle Eastern region. While Gulf states’ presence is increasingly noted, the EU still refuses to link North Africa with broader Middle East development initiatives.

Nesting North Africa within a broader regional strategy in practice has lost ground. Experts have criticized the ENP for undermining the multilateralism of the Euro-Med vision. UMed is presented as a means of recovering such regionalism, but its form of regionalism makes little sense in geopolitical terms.

Mixing North African challenges with Balkan dynamics must count as one of the more idiosyncratic efforts to improve strategic coherence. (Balkan states are members of UMed.) North African diplomats also complain that the EU jealously guards its own initiatives when the region seeks broader multilateral partnerships. Competition with US initiatives still outweighs transatlantic cooperation to the dismay of North African diplomats. The EU has yet to open up to such cooperation in response to US President Barak Obama’s call for a “new beginning” in the region. The EU has shown no willingness to modify the framework of its own partnerships to incorporate Russian and emerging powers’ roles in the region.

‘Just keep them out!’

An exclusionist approach to security increasingly prevails in European policy toward North Africa. The Barcelona process added a fourth chapter in 2005 on Migration, Social Integration, Justice and Security. The very rationale of the new Union for the Mediterranean is to address issues that have a specifically trans-Mediterranean dimension, such as reducing illegal migration.

Migration has been increasingly defined as a security concern. The lifting of border controls within Europe has been accompanied by a strengthening of external controls. One of the most extreme cases was Italy’s pressure on Libya in 2004 to sign an agreement to take back illegal migrants and hold them in detention centers ready for return to other African states.

In the summer of 2009, Italian-Libyan cooperation on border patrols was boosted after Colonel Muamar Gaddafi’s meeting with Italian Prime Minister Silvio Berlusconi. Most diplomats admit that the security logic is increasingly one of ‘just keep them out!’ The formation of the Algeria-based al-Qaida in the Islamist Maghreb has compounded such thinking, rather than prompting a renewed focus on underlying causes.

The Justice and Home Affairs framework is being mobilized to strengthen North African regimes’ security capacities. Security cooperation and information sharing with North African governments is both proper and necessary. However, it has been prioritized to an extent that Europe now encourages rights derogations in North Africa in pursuit of a ‘surveillance and control’ approach to security.

The European Parliament has been increasingly critical that EU aid is being diverted to counterterrorism from development and social priorities. Interior ministers are increasingly dominant in Euro-Med fora. The securitization of migration has been tenuously conflated with the issue of cross-border criminal networks and illicit trade across the Mediterranean.

European officials insist that their security and counterterrorism initiatives are broader than critics charge and increasingly incorporate rule of law issues and human rights training. The UK says its involvement in such matters has increased under its Contest II program. Yet such efforts remain limited in scope and ambition. While governments label many of their security measures as supportive of governance reform, they are, ironically, not willing to give details of such efforts to improve ‘transparency.’ This ‘radicalization’ approach is increasingly defensive – exactly what the EMP promised to avoid.

The focus on human rights and democracy has virtually disappeared from view. UMed rolls back the EMP’s aquis on democracy and human rights. The Arab-Israeli conflict continues to militate against European enthusiasm for the democracy agenda and provides North African regimes with a grievance they feel justifies a resistance to partnership on democratic values. And, despite endless rhetoric to the contrary, European governments remain highly cautious about engaging with Islamist opposition forces in North Africa.

After launching a number of useful reform projects under its Engaging with the Islamic World initiative, the UK has disappointingly removed itself from this area of policy. The EU has moved further and further away from seeking a ‘ring of well-governed states’ on its southern edge in favor of a ‘ring of firmly governed states.’ European claims to a ‘postmodern’ approach to security increasingly ring hollow.

The idea of linking political objectives with economic transformation is not fairing much better.

European investment to North Africa remains limited. After increasing in the mid-2000s, 2008 investment flows across the Mediterranean fell by half. The investment that does take place is still oriented to large-scale, state-led projects, not useful for dispersing and energizing grassroots economic activity.

Growth in the southern Mediterranean has been driven in large measure by an expanding informal sector, operating largely outside the framework of Euro-Med linkages. Both UMed and the EMP exclude the focus on economic restructuring that was central to the original Euro-Med vision. Diplomats concur that the goal of creating a Euro-Med free trade area has now been pushed back even further. This is another area of policy drift about which the UK’s voice has been increasingly inaudible.

Under the ENP, southern states have to take on swathes of EU standards, but still do not get full and free access to the European market. Contrary to North African demands, the Commission is still inclined to argue that free trade in agriculture would not be an important incentive for Arab states. As one diplomat acknowledges, “without free access for agriculture, we are not credible as a foreign policy actor.” It is an old problem, subject to many promised breakthroughs. Yet it remains.

The North African problems that motivated the creation of the ENP in 1995 have only worsened in the last decade and a half. The critique offered here is not meant to hold the EU to an unrealistically pure standard of idealism. But current policy does not constitute a sustainable, forward-looking strategy. It underestimates growing local instability and protest against regimes in North Africa by failing to acknowledge how brittle the relationship is between populations and regimes. This is not the dramatic conflict that attracts policymakers’ attention elsewhere in the Middle East, but portends much future trouble.

The EU has reacted to the cluster of current strategic, economic, political and energy challenges by fleeing from its own policy prescriptions – just when they are more necessary than ever. Which will the 2010 Spanish presidency prefer: comfortable continuity or a bumpy, but overdue, rethink?

This essay is taken from a longer version of an article published in International Affairs, September 2009.

Dr Richard Youngs is director of research at FRIDE. He served as an EU Marie Curie research fellow from 2001 to 2004. He holds a PhD from the University of Warwick, and previously worked as an analyst at the Foreign and Commonwealth Office, UK.

Kristina Kausch is a researcher at FRIDE. She focuses on on European policies of democracy support in the European neighborhood, in particular in the Southern Mediterranean. She holds an Master’s in international relations from the University of Göttingen.

FRIDE, where this article first appeared (PDF), is a think tank based in Madrid that aims to provide the best and most innovative thinking on Europe’s role in the international arena. The article appears here with permission.

Home » Europe And North Africa: The End Of The Euro-Med Vision

FRIDE is a think tank based in Madrid that aims to provide the best and most innovative thinking on Europe’s role in the international arena. It strives to break new ground in its core research interests of peace and security, human rights, democracy promotion, and development and humanitarian aid, and mould debate in governmental and non-governmental bodies through rigorous analysis, rooted in the values of justice, equality and democracy.