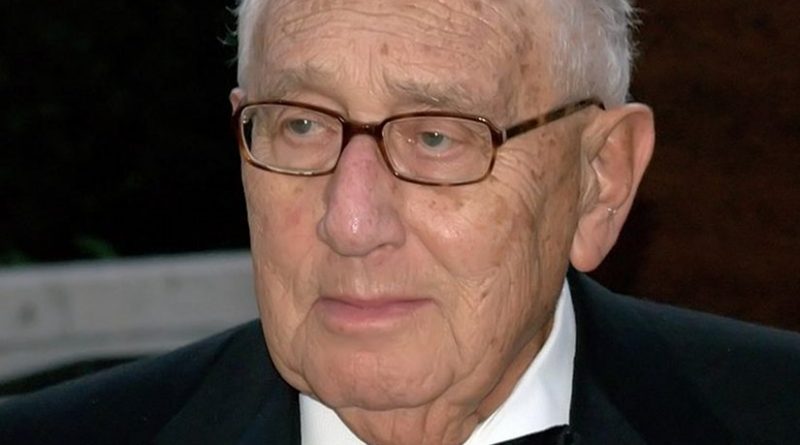 With the international order in place since World War II breaking down, the new president of the United States, Donald J. Trump, must set a course for America in the world, particularly in its relations with China, Europe and Russia, Henry A. Kissinger told participants in the closing session of the World Economic Forum Annual Meeting being held in Davos, Switzerland.

“President Trump will have to find a definition of the American role that answers the concern in many parts of the world that America is giving up its indispensable leadership role and define what and where America can lead, where it must contribute, and in that process help in the creation of an international order,” said Kissinger, who served as US Secretary of State from 1973 to 1977 and is Chairman of Kissinger Associates in the US.

Trump will need to reshape ties with China and Russia and recast the transatlantic alliance with Europe, Kissinger advised. He called Chinese President Xi Jinping’s speech at the opening session of the Annual Meeting on 17 January “of fundamental significance”.

Xi, Kissinger noted, “laid out a concept for globalization and its challenges. It was an assertion by China of its participation in the construction of a new international order. One of the key problems of our period is that the international order with which we are familiar is disintegrating and new elements from Asia and the developing world are entering.”