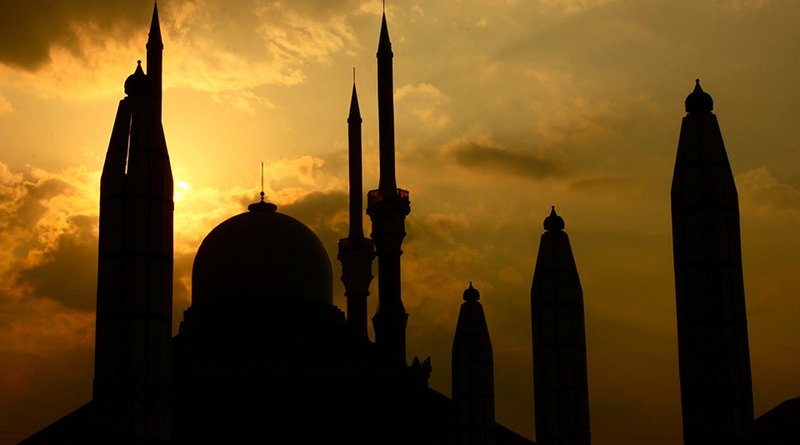 Repatriating and reintegrating citizens who travelled to the Middle East to join ISIS is uncertain, expensive and politically unpopular. But leaving them in hazardous refugee camps with thousands of likeminded militants may pose even greater long-term problems.

Returning ISIS militants and supporters from Syria could represent a “new virus” according to the Indonesian government, which has ruled out repatriating hundreds of its citizens who lived under their self-proclaimed caliphate in Syria.

US intelligence figures suggest as many as 689 Indonesians are currently residing in three refugee camps in northern Syria, though only 228 have been formally identified by Indonesian authorities. The majority are thought to be women and children. While orphans may still be allowed to return, the fate of the rest is precarious. The decision appears popular among the voting public, but simply leaving them in desert camps with uncertain security among thousands of other ISIS supporters does not make the problem go away. Is the government kicking the can down the road?

Indonesia is by no means the only nation dealing with this headache. Norway’s ruling coalition government recently lost its majority when a right-wing partner pulled out following the repatriation of two suspected ISIS citizens. In the United Kingdom, the debate surrounding a so-called ‘jihadi bride’ from East London soon turned toxic amid the polarised Brexit turmoil.

Russia brought home 26 children from Syrian camps earlier this month and plans to pick up dozens more, though Moscow has no intention of including adults. Kazakhstan has so far been the most ambitious, repatriating around 100 women and 400 children for ‘humanitarian and moral’ reasons.

In early February, Indonesian President Joko Widodo said he personally thought the Indonesians in Syrian camps should stay put, but he sought further advice before making an official decision. Key guidance came from the executive board of Nahdlatul Ulama (NU), who cited the Quran in arguing that the broader population’s safety should be prioritised and people who travel for terror should not be allowed to return.

The president has now referred to the camp residents as “ex-citizens” and plans are afoot for an immigration list to permanently bar them entry from Indonesia, which will leave them stateless. Individual assessments may be made for some of the children, but only orphans under 10 years old.

Who is a Child?

It is clearly not easy to re-socialise a young person who has experienced the type of trauma the ‘caliphate’ no doubt provoked in heavy measure. But Indonesian law (35/2014) defines a child as under 18 years of age. Setting the threshold at 10 seems unreasonably harsh.

Last month, the UN Commission of Inquiry on Syria released a report reminding governments of their obligations to protect their nation’s children, and called for the repatriation of minors along with their mothers for the best interest of each child. Few countries seem set to heed this advice, including Indonesia.

Jakarta’s uncompromising approach is intended to ensure the safety and security of Indonesians in the short to medium term. However, the decision is also likely informed by the government’s messy attempts to reintegrate hundreds of Indonesian extremists deported by the Turkish government over the past two years.

In early 2017, Indonesia’s social affairs ministry found itself suddenly involved in the nation’s counterterrorism efforts, when 226 deported ISIS supporters began turning up at two of its shelters in East Jakarta. The new residents were to undergo a one-month ‘deradicalisation’ programme before being sent back to their communities. Desperately unprepared social workers did their best to engage the reticent arrivals, who gradually started to open up following slow and steady trust-building efforts.

Despite glimmers of optimism, one month is simply not enough time for a process of deradicalisation, nor for the more modest aim of ‘disengagement’, which focuses on incremental behavioural change rather than modifying convictions. At the end of the programme, some participants refused to sign a required document pledging loyalty to the Republic of Indonesia, though eventually agreed after being told it was their only way home.

The social shelters were designed to accommodate juvenile delinquents and the victims of crime and trafficking. With no specific budget and considerable human resource shortfalls the initiative was never going to get very far with the deported extremists. A lack of transparency and coordination among stakeholders also hindered progress.

Deportees who agreed to cooperate ultimately received an overwhelming amount of attention from organisations and agencies eager to demonstrate success. Accessible participants encountered a steady stream of practitioners offering similar programmes, which created confusion and sometimes a reluctance to continue engagement.

Meanwhile, others who appeared cooperative at the shelter disappeared soon after leaving the facility. An extreme case was a couple who eventually made their way to the southern Philippines island of Jolo, and by early 2019 had conducted a suicide bombing attack which killed 22 people in a local cathedral.

This tragedy may well have surfaced during the government’s discussions about the fate of the hundreds of Indonesians currently in Syrian refugee camps. Yet it’s hard to put much emphasis into the apparent failure of a ‘de-radicalisation’ programme when it barely existed in the first place.

The Long Game of Prevention

The current situation presents an opportunity to learn from recent experiences and develop a well-resourced, multi-stakeholder reintegration programme similar to efforts presently underway in Kazakhstan, whom experts are now describing as a global leader in this space for its humanitarian and moral rationale for the repatriation of women and children.

It would be expensive and require far greater coordination – both among different government agencies, and between state and civil society organisations. The alternative will surely lead to greater problems down the road.

ISIS has its origins in a prison camp the US military was operating in Iraq during the mid-2000s. Today we are facing a very similar situation in northern Syria, but one involving thousands of people from dozens of different nations.

The Indonesian government may leave its citizens in these camps in Syria; but it must be prepared for their eventual contribution to the next iteration of the global jihadi movement, as well as the inspiration they will provide for the coming generation of militants back home.

*Cameron Sumpter is a Research Fellow with the Centre of Excellence for National Security (CENS), and Chaula R. Anindya is a Research Analyst with the Indonesia Programme of the S. Rajaratnam School of International Studies (RSIS), Nanyang Technological University (NTU), Singapore.