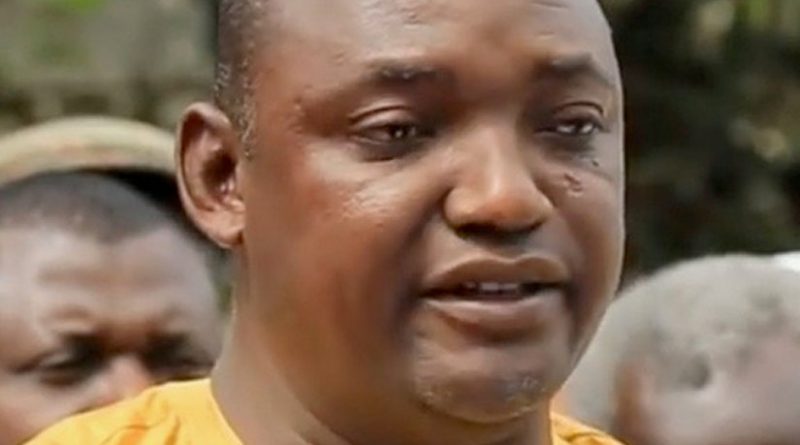 After 22 years of authoritarian rule, Gambians are looking forward to a new era under their country’s first democratically elected president, Adama Barrow. On January 21, the strongman Yahya Jammeh bowed down to his political rival following weeks of diplomatic pressure and threats of military action from Economic Community of West African States (Ecowas) troops. The departure of Jammeh, one of a dwindling number of West African leaders who have clung to power with no apparent limit, shows how Ecowas is playing a growing role in policing would-be dictators in the region.

But Ecowas is an outlier in Africa. Researchers doubt that its southern equivalent, the Southern African Development Community (SADC) or the African Union (AU) would have been able to muster the military consensus to take a forceful stance in other erring countries. Zimbabwe, the Democratic Republic of Congo, or Burundi are textbook examples of states whose autocratic leaders have stubbornly clung to power, facing down international opposition and regional threats. In the absence of such institutional arrangements, what is then the solution for other African countries seeking to break free from the yoke of tyranny?

A whole line-up of economists such as Bill Easterly, Dambisa Moyo, Angus Deaton, have argued that rather than helping poor people in developing nations, foreign aid has only further corrupted those countries’ governments, increased their reliance on foreign funds, and slowed growth. The crux of their argument is that much like the “resource curse,” foreign aid can sever the social contract between a government and its people. Governments with dependable streams of cash don’t need to rely on outside lenders or taxes to sustain themselves – which means they’re no longer accountable to creditors or, most importantly, to their own citizens. This means that world leaders that claim to defend democratic values ever want to see an end to Africa’s last enduring dictatorships, they must either cut off aid, or use it to extract concessions or promote reforms.

The Horn of Africa is a particularly unstable region. Unlike their more high-profile counterparts in the African Great Lakes area, the Horn’s dictators running amok in Ethiopia, Eritrea, Djibouti and have largely escaped the media glare. But a closer look at these countries shows how foreign aid has brought few lasting benefits to the public at large, and how it has even helped keep entrenched strongmen in power. In Ethiopia, the current government has held almost an complete grip on power since 1991. The state keeps tight restrictions on the media landscape, opposition parties, and civil society groups, using tactics like online surveillance, arbitrary arrests, and politically tinged prosecutions to silence critics. Foreign aid and economic growth have done little to boost those who live below the poverty line, who still make up 30% of Ethiopia’s population. Instead, the state wields development assistance, including access to seeds, fertilizer, jobs, healthcare, and humanitarian aid, to ensure that most citizens remain dependent on the government for their livelihoods and even their survival. Because so many of the country’s citizens, especially the poorest, are dependent on the government for all forms of aid, they have little choice but to continue to vote for the ruling party – or face potentially fatal consequences.

It’s hardly better in Djibouti, a barren speck of a country whose president, Ismail Omar Guelleh, has clung onto power for nearly 20 years. Guelleh is fresh off a humiliating legal defeat where he falsely alleged that a Dubai-based company, DP World, bribed a political opponent to win a contract to operate a container terminal in the country. The case is only the latest in a series of unsuccessful and costly attempts to silence the president’s critics. But world powers have turned a blind eye to Guelleh’s authoritarian tendencies because of what they stand to gain from Djibouti’s strategically located seaports and its participation in anti-piracy and anti-terrorism efforts. Eager to benefit from Djibouti’s prime position near hotspots in Africa and the Middle East, the US, France, China, and Japan have built military installations there and have channelled defence and development aid to the government. Meanwhile, the president has sat back and enjoyed his role as landlord, as billions of dollars’ worth of rent and aid pour in from Washington, Beijing, and other powers. Unfortunately for the people of Djibouti, who continue to struggle with low economic growth, high unemployment, water shortages, poor healthcare, and food insecurity, there is little to show for all that cash.

As for Eritrea, little information manages to escape one of Africa’s most reclusive regimes. In power since the country’s independence from Ethiopia in 1993, Isaias Afwerki has been ruling over his people with an iron hand. In terms of press freedom, Eritrea ranks below North Korea: all independent media sites have been closed and journalists critical of the regime are routinely rounded up. Afwerki is known for forcing his population into indefinite compulsory military conscription, which was labelled as “slavery” and “a crime against humanity” by a UN human rights committee. Talking about the regime, a member of the inquiry quipped “We seldom see human rights violations of the scope and scale as we see in Eritrea today”. In spite of this, the EU inked a deal to provide Eritrea with €200 million in aid in order to stem the inflow of refugees into Europe.

To be sure, this isn’t to say that the US and other donors should simply give up on efforts to address humanitarian crises. After all, foreign aid can certainly have a Band-Aid effect, at least in the short-term. But in the long-term, donors’ good intentions are just as likely to end up further entrenching problems of authoritarianism and lack of government accountability – the very problems that have exacerbated and prolonged issues of delayed development, fitful economic growth, and sustained poverty. Foreign donors should consider putting their money where their mouth is, and take a similar approach to the dictatorships that continue to hold sway on the other side of the continent.

2 thoughts on “After Gambia’s Return To Democracy Is There Hope For Horn Of Africa? – Analysis”