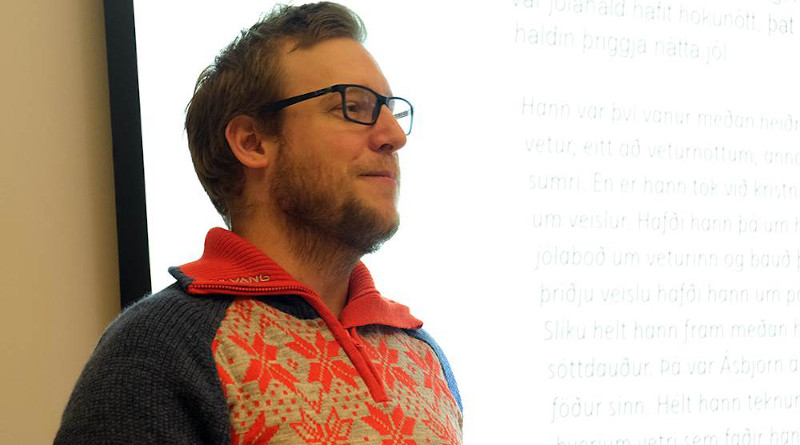 Wintertime, Christmas and beer belong together. According to the saga, it was King Haakon the Good who linked the traditional Norwegian midwinter celebration with the Christian Christmas.

The king, who was educated in England, commanded everyone to brew beer for Christmas. Whoever tried to shirk the task was fined.

“Beer was the usual thirst-quenching drink. The monks drank beer for nourishment during Lent. The alcohol content was probably no more than two to three per cent. The water used in beer was boiled, so it was simply much safer to drink beer than water, which could be of questionable quality,” says Christian Schulz, a PhD candidate who is based at the Norwegian University of Science and Technology’s (NTNU) Department of Biotechnology.

Beer is made from various grains, water and hops. The final and decisive step in the process is fermentation, in which the yeast digests the sugar in the wort and releases alcohol, carbon dioxide and various substances that flavour the beer.

In addition to being an avid hobby brewer, Schulz has assisted on a master’s thesis that has analysed the characteristics of a type of yeast called kveik. Several varieties of beer brewed from kveik have appeared on the market in recent years. Voss municipality is one of the places where you can find traditional kveik, and Voss Brewery has won prizes for its beer made with this distinctive type of yeast.

Schulz is excited by the master’s thesis on kveik.

“Beer can actually be made in one day, but then you have to wait patiently for the fermentation – at least two weeks, and up to six weeks for some types of beer. With kveik, the fermentation can take as little as three days. Significantly reducing the fermentation period would make a big difference for production,” Schulz says.

Schulz would like to find someone willing to fund research that delves deeper into beer fermentation. He comes from beer-loving Germany, but does not know of any countries other than Norway that have preserved such ancient yeast species as kveik.

“Maybe it was the difficult geography of mountains and fjords that led to Norway’s unusually large number of beer cultures. During the fermentation, the brewer would dip a wreath, made of wood that had yeast on it, into the wort. Over time, you could reproduce the desired characteristics by recovering the yeast from the beer you were satisfied with,” he said.

Schulz notes that kveik is more complex than industrial yeast. “Kveik is a colony of different fungi and bacteria, used for many years – or for several hundred years. One property of kveik is that it can withstand higher temperatures than regular yeast. That allows you to speed up the fermentation process. Beer with a high alcohol content can also be made quickly,” he says.

Different – but just as good

Making a new beer that doesn’t taste as good as beer that already exists is a bad idea. To test whether beer made with kveik is as good as that made with regular yeast, NTNU master’s student Kristoffer Zotchev conducted a blind test with 80 people.

Eight types of beer, with and without kveik, were tested. On average, the subjects thought the kveik beer was more acidic and fresher tasting, but just as good as the beer made with regular yeast.

“Using NMR to find the profile for different beers – its fingerprint – has great application potential for the development of beer and yeast,” Schulz says.

But the research isn’t ending here. Starting in August, another NTNU student will tackle hops in his master’s thesis.