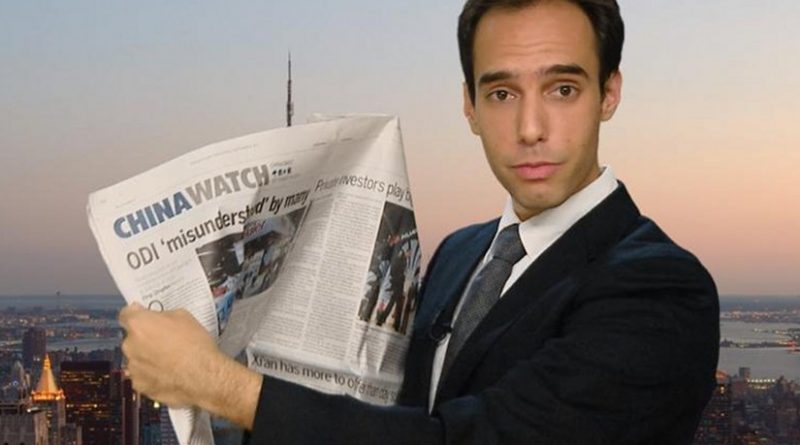 Reporters Without Borders (RSF) has condemned Apple’s blocking of the satirical Web TV show China Uncensored not only in Mainland China, but also in Hong Kong and Taiwan. Apple’s extension of its blocking to territories not subject to Chinese law is a dangerous example of international corporate submission to the demands of Chinese censorship.

According to RSF, the consumer electronics giant seems to have had no hesitation about making generous concessions to China’s authoritarian regime in order to keep itself afloat in the Chinese market. That at least is the impression one gets from its decision last month to make China Uncensored available on the Apple TV app everywhere except China, Hong Kong and Taiwan.

China Uncensored, which can also be seen on YouTube, openly sets out to combat Chinese propaganda. It mocks the regime, carries news about dissidents and persecuted minorities and is produced by New York-based New Tang Dynasty Television (NTD.TV), which is affiliated to the Falun Gong, a religious movement that is persecuted in China.

Is Apple scared of the Chinese authorities?

“We vehemently condemn this unacceptable act of censorship and we are alarmed by the apparent insouciance with which Apple, one of the giants of online programme distribution, seems ready to sacrifice freedom of information for the sake of its market share”, said Cédric Alviani, the head of RSF’s Taipei bureau, which covers Northern Asia.

China is Apple’s second biggest market, after the United States and before Europe. But it is a market in which nothing can be taken for granted. Last year, Apple suffered a major fall in its sales and in its share of the Chinese market to its Chinese rivals. Is Apple trying to ingratiate itself with the Chinese authorities in the wake of these setbacks?

Apple has already made a habit of withdrawing certain apps from the Apple Store in China on the grounds of complying with local law. But this is new. This time Apple is taking its self-censorship much further, and including territories not subject to Chinese law.

Chinese censorship on the rise

Content blocking in response to a formal request from the Chinese government is unfortunately not new. Apple removed the New York Times app from the Apple Store in China last January, but the app remained available in its Hong Kong and Taiwan stories.

“Taiwan and Hong Kong represent two alternative models of Chinese-culture societies, ones with a well-established tradition of freedom of expression,” Alviani added. “Blocking a Web TV show critical of Mainland Chinese propaganda in these territories is no small matter.”

An accommodating attitude that could spread

RSF condemns Apple’s subservience to the Chinese regime, which could encourage other international content providers to censor themselves in exchange for commercial advantages from the Chinese authorities.

The behaviour of Apple, which has its headquarters in Cupertino, California, is all the more incomprehensible because it is one of the world’s most powerful multinationals, one that made more than 46 billion dollars in profit last year alone.

When contacted by RSF, Apple declined to comment. “We do not issue statements in response to this kind of information,” a spokesperson said. Censoring content and blocking freedom of information is obviously not the best kind of public relations.

China continues to be ranked almost at the bottom of RSF’s World Press Freedom Index (176th out of 180 countries), while Taiwan and Hong Kong are ranked 51st and 69th respectively.