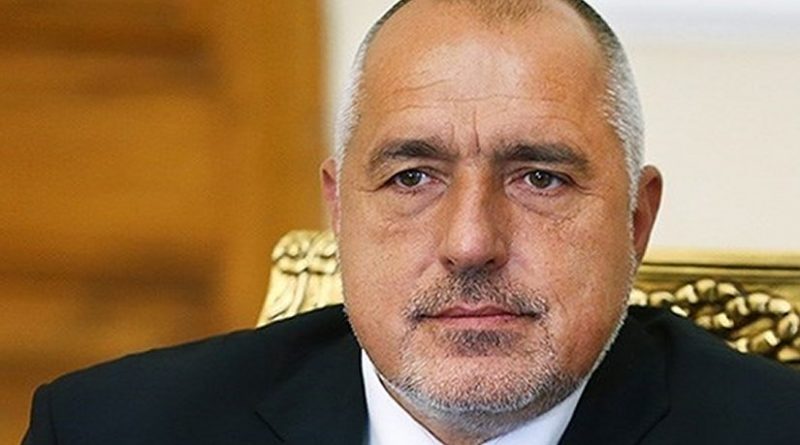 Bulgaria’s Deputy Prime Minister Valeri Simeonov has refused to bow to multiple calls for his resignation over Nazi rows involving both him and other members of his nationalist United Patriots.

Valery Simeonov, a deputy to Bulgaria’s Prime Minister Boyko Borissov, overseeing the economy and demography, on Friday said he will not accept demands for his resignation from three opposition parties – the Bulgarian Socialist Party, the ethnic-Turkish Movement for Rights and Freedoms, and Volya, led by the businessman Vesselin Mareshki.

“There is no way that I will resign, I do not see any reason for that,” Simenov told NOVA TV.

Demands for his head follow a row over photos of two Patriotic Front colleagues giving Nazi salutes and over another expressing hate rhetoric, as well as his own alleged confession to a newspaper that he had taken joke photos at the Nazi-run Buchenwald concentration camp back in the 1970s.

Simeonov has asince denied making the statements about Buchenwald to Sega newspaper, which he has promised to take to court.

On Friday he dismissed making the controversial comment while admitting he spoke to a Sega reporter, having on Wednesday told BIRN that no such conversation with the paper had taken place.

On Wednesday, Pavel Tenev, a deputy minister for regional development from the “Patriots” quota in government, resigned after the media released a picture taken from his Facebook profile, showing him giving a Nazi salute in a museum in Paris nine years ago.

On Thursday, Borissov then demanded the resignation of Ivo Antonov, a defence ministry official, over another photo – this one of him giving a Nazi salute in front of a German tank.

This photo had first circulated in the media three years ago – and prevented him from becoming the defence minister in 2014.

Antonov has not been sacked yet, however, because, Simeonov explained on Friday, the official – also a member of the Patriots – had since been taken to hospital with a heart condition.

Meanwhile, on Thursday, the media revealed screenshots of Facebook posts of Deputy Interior Minister Stefan Balabanov, later removed, in which he called Roma and refugees “scum” and “apes” and supported the beatings of Roma and other political opponents.

The Belgian leader of the Alliance of Liberals and Democrats for Europe Group in the European Parliament, Guy Verhofstadt, has meanwhile urged Bulgaria not to allow extremists into its government.

“The future of Bulgaria must not be left in the hands of extreme nationalists. I am very concerned that the participation of the United Patriots in this government undermines European values,” he said in statement.

Verhofstadt said Borisov “should reassess his coalition relations and demonstrate that he will have zero tolerance towards extremist and nationalist attitudes by members of his government”, adding that Borissov bears responsibility for Bulgaria’s future and for its forthcoming Presidency of the EU in 2018.

On Wednesday, leader of the Party of the European Socialists in Strasbourg, Sergey Stanishev, also slammed the cabinet over the row.

The centre-right European People’s Party, EPP, in Strasbourg has so far remained silent about the controversy involving Borissov’s GERB party, which is a member of the EPP.

But in an attempt to calm the storms which have errupted just two weeks after the cabinet took office, GERB’s Vice-President Tsvetan Tsvetanov apologized on behalf of the coalition and condemned the controversial acts of members of the United Patriots.

“We will not tolerate such photos, such statements. Prime Minister Boyko Borissov will not allow such people as members of the team of the current government. We apologize for the inconvenience. GERB guarantees the European values,” he said on Thurday.

The body of a Catholic priest was discovered in Nigeria on Saturday, a day after he was kidnapped by armed

US Designation May Be First Step Toward Houthis’ Delegitimization – Analysis