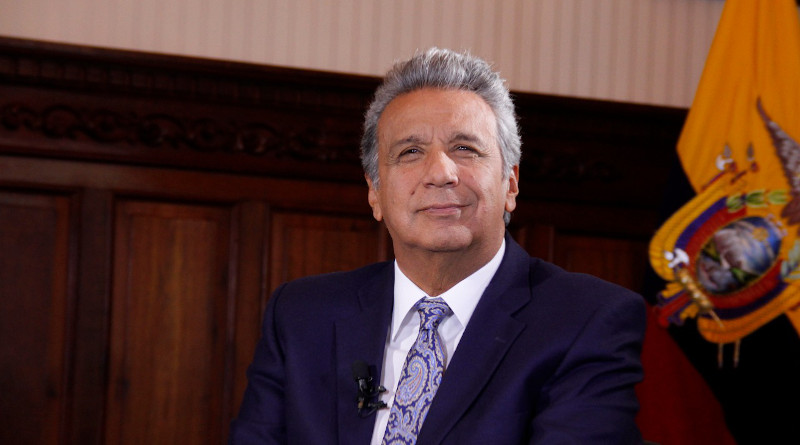 In Ecuador, the crisis induced by the Covid-19 pandemic is being consistently aggravated by Lenin Moreno’s austerity regime of neoliberalism. After winning the presidential election of 2017, Lenin Moreno has initiated wide-ranging neoliberal policies which have served to bulldoze the health architecture of Ecuador.

Currently, there are more than 32,000 confirmed cases and more than 2000 deaths. The situation is particularly bad in Guayaquil where the funeral system has become overburdened and cemeteries are overflowing with deceased people. Even cardboard coffins are being used. Now, the capital city of Quito is under great danger where the dead bodies of 6 people were found on the streets. The city’s mayor has said that “Quito’s health system is reaching its limit” and already 135 of the 164 intensive care beds have been occupied. All this chaos in the Ecuadorian health system is the result of Lenin Moreno’s 3 years of continuous destruction of the welfare state which had acted as a social instrument for the people.

The sudden imposition of these neoliberal measures forced the people to come out in protest. The government responded to these protests in a rough way and used its police force to repress the growing opposition. This left 7 dead and 1340 injured. During those times, the influence of USA’s imperialist clout was clearly outlined by the Secretary of State Michael Pompeo who had said that Moreno should try his maximum “to institutionalize democratic practices and implement the necessary economic reforms”. Pompeo was euphemistically alluding to Lenin Moreno to implement IMF’s catastrophic Structural Adjustment program.

Despite the use of violence, Moreno was not able to quell the resistance and had to finally concede to the demands of these protestors and he did this by repealing decree 883 which removed the fuel subsidies. But the Ecuadorian state is still continuing to kowtow to USA. On March 10, Moreno announced a budget cut of 1.4 million USD and two new loans of 2.4 billion USD. In the month of May, the World Bank approved emergency loans worth $506 million for Ecuador. This is surprising because Lenin Moreno is the one who has been harping on about the massive debt which accounts for 53% of Ecuador’s GDP.

Apart from his explicit focus on appeasing the neoliberal sachems of USA, Moreno is also determined to completely eliminate the socialist history of Ecuador by persecuting Rafael Correa, the former socialist president of the country. On April 7 2020, Ecuador’s National Court of Justice sentenced Rafael Correa to 8 years in prison and debarred him from contesting elections for the next 25 years. This was the result of the hate campaign waged by Lenin Moreno against the entire Correa government in which at least 18 government officials working under Rafael Correa were put under investigation and then convicted. Prima facie, this witch-hunt against Correa’s government may seem as a personal case of bad blood. But the actual reality is completely different from a simple rivalry and to comprehend the reason behind Moreno’s ongoing assault on Correa, we need to briefly take a look at Rafael Correa’s socialist background.

Rafael Correa emerged as a mass leader in the 2007 elections when he replaced the IMF-supported president Lucio Gutiérrez. Correa was firmly committed to pursuing socialist policies and his progressive election soon came to be interpreted as a “citizen’s revolution”. To fully materialize his promises of a citizen’s revolution, he convened a constituent assembly in 2007 and radically reformulated the constitution with the participation of Afro-Ecuadorean delegates so that it could again be reclaimed by the Ecuadorian people. The new constitution soon received an overwhelming approval of 64% of the votes cast in the 2008 referendum and re-affirmed the country’s faith in “sumac kawsay” or good living.

Correa also aligned himself with the other “pink tide presidents” of Latin America like Hugo Chavez, coordinated with Cuba and openly opposed America’s hegemony by refusing to pay foreign debts and not renewing the contract on Manta Air Base (US military base). Like other socialist Latin American presidents, Correa too reduced poverty through many programmes. In his first term, urban poverty was reduced by 17%. Moreover, overall poverty was reduced from 37.6% in 2006 to 22.5% in 2014. Healthcare spending rose from 1.81% of GDP in 2007 to 4.21% in 2016. All this facilitated the economic expansion of Ecuador and generated a socially stable framework.

Lenin Moreno is now belligerently crossing swords with Correa because he fears that Correa would electorally conquer the Ecuadorian political terrain. Because of Correa’s background as a leftist who installed an inclusive welfare state, Moreno is pugnaciously persecuting him and reversing Correa’s historical reforms. Apart from the many policy sea-changes, Lenin Moreno is also cutting his ties from the previous socialist allies of Ecuador. This is indicated by his dubbing of the Venezuelan government as “mafia socialism”, ill-treatment of the 380,000 Venezuelan immigrants and deportation of Cuban doctors.

The most repulsive and regressive backtracking of socialist progressivism has been the expulsion of Julian Assange from the Ecuadorian embassy. It is perhaps pertinent to remember that this expulsion followed two days after discussions with Christine Lagarde, at that time the managing director of IMF.

Today, Ecuador is suffering because of the neoliberal ruthlessness of IMF, World Bank and the entire US imperialist network. The imperialist operations are being faithfully carried out by Lenin Moreno who is acting as a servile lackey for global monopoly capital. Socialists like Rafael Correa are being judicially intimidated and austerity measures are being cruelly unleashed. In times like these, Ecuador again needs the resurgence of a socialist left which will be able to trounce neoliberal America’s hegemony.