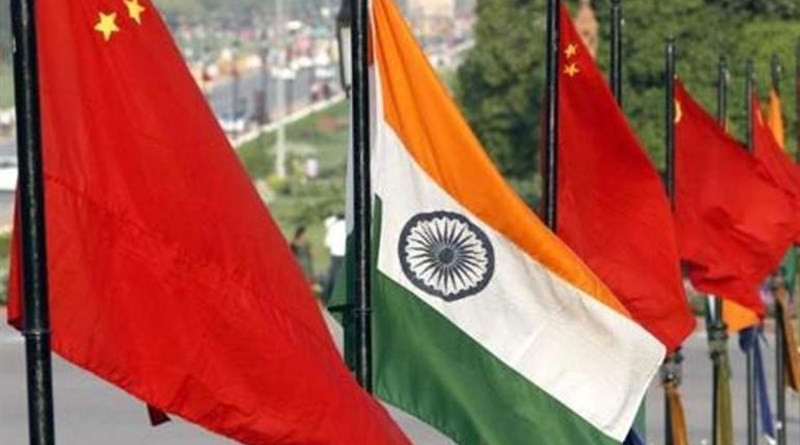 Sun Tzu talked about the issue of deception in his discourse related to the art of war. In contemporary times the deception can also be effectively utilised through propaganda, and effective use of social media to meet the strategic ends. One can very well deduce that those instruments which are seen as empowerment of the liberal order are also the double edged sword which can be used for meeting certain objectives of the adversarial countries.

This can be effectively seen in the context of India which is the ‘sponge state’ in the social media. One can find multiple individuals, institutions and public dialogue groups which profess a certain kind of ideology which is not in national interest or have subscribed to the defeatist mentality. As a result of which it is very feasible to spread a different kind of narrative through these means.

The question which emerges at this point of time that why Chinese propaganda at times succeeds in making Indian people believe that they are a far superior side. This can be attributed to the fact that there too many naysayers in the Indian civil society who have a grudge with regard to the treatment meted out to them by different political establishments. This intrinsic grievance at times plays into the larger Chinese propaganda machinery as well as propagating the fact that the psychological warfare initiated by China has too many subscribers as well as flag bearers who think the India is incapable to counter China.

It should be appreciated that China does not have any social media accounts of the liberal order such as WhatsApp, Facebook and even other social media engagement sites, and other virtual dialogue mechanisms. They have created social media wall and India has not been able to penetrate into WeChat, or other microblogging sites of China. However, if there are big discussion on a particular topic, it does permeate. Hong Kong society is one window in the wall which can import Indian narrative to Chinese mainland.

Obviously, the attention seekers are the biggest contributors to the psychological warfare. Psychological warfare is a make believe function which assures the victory of mind over the capacities which can be detrimental to the war fighting techniques.

One must also understand that China has not found war since the last Sino Vietnam War in late 1970s and is particularly lagging in war fighting experience. Further, China has a history of losing wars with weaker adversaries. India never propagated that narrative related to Second Sino-Japanese War; when in 1937 Japan forces had captured Shanghai, Beijing, and the then Chinese capital city of Nanjing; or Sino-Vietnamese War where China lost.

The Sino-Soviet border conflict (1969) and even first Sino-Japanese war leading to rise of Japan as a great power are the lessons in Chinese history. This is very much acknowledged in the Chinese establishment but India has failed harvest these historical events to create a counter narrative. Maybe one can analyse the deployment of the troops during the 1962 wars and start celebrating the battle of Rezangla, Walong and other such places where Chinese were given a tough fight.

The bravery of the Indian armed soldiers who fought with ‘till the last man, and last bullet’ and showed the resolve of the Indian army should be celebrated annually. Even there was US conspiracy to desist India from using air force by predicting that Chinese would launch counter air attacks on Kolkata, and even Chennai. The then intelligence bureau chief B N Malik subscribed to the narrative and suggested Nehru not to use air force.

India must celebrate those fronts and battles where China suffered large casualties even during 1962 war. Further, in the school textbooks and in other historical materials published by National Book Trust must find a mention of those incidents of courage and commitment.

At these times when China is facing international scrutiny and is condemned for its irresponsible behaviour in reporting COVID-19, it is important that the narrative related to the 1962 war should be revisited. The military history should be strengthened and public diplomacy should be done. Also people should be told about Somdurung Chu incident (1987) in Arunanchal Pradesh and other such battles where Indian side outmanoeuvred the Chinese side with sheer conviction.

The biggest achievement would be to make it believe that 1962 war was not such a big event in India’s military history. This is not to undermine the lessons learned during the war but to celebrate the bravery of the Indian soldiers. At times this can be done at the individual levels, thereby negating the psychological advantage that India wants to deny to China.

How can India develop a strategy to counter China psychological warfare? This can be responded through a counter warfare which can be transmitted to the willing subscribers and consumers in China. Hong Kong can be one gateway. India needs a whole department which can undertake psychological ops and counter warfare. Why did India not highlight that China has suffered more than 100 casualties during Galwan battle in Eastern Ladakh. Even though this strategy might not be very much apparent but it will have a latent affect meeting the objectives that Indian side would have started with. This strategy should be at different levels such as propaganda leaflets and other distribution through electronic means using the available Chinese media sources.

Secondly, holding people accountable under law who think that negative propaganda is good way for their respective blogging sites and they can later withdraw the statement after doing you damage, much to the annoyance of the Indian armed forces. There must be legal action against those unscrupulous people. Also, there should be provision for naming and shaming, even though it might not be conducive for the democratic fundamentals but is necessary for curbing these irresponsible individuals. Also, the financing trail of many of these institutions getting Chines money should be properly investigated to know the root cause of problem.

Also it has been seen in the past that certain news channels where providing locations of Indian army during the Kargil crisis. Taking cognizance of these kinds of issues, the Indian armed forces need to work at social media levels also and develop a large PR team along with a blueprint to provide the actual details, without compromising on confidentiality. A timely denial or simple explanation might stop these fake strategic bloggers to create a scenario and then show the diffusion of the crisis.

Lastly, many China specialists and scholars in India having due affiliation to China have gone into hibernation as they feel that any adverse comment against China would make their fellowship and career options doomed in China. There are many who have gone into hibernation and multiple new China watchers have cropped up overnight. India does need a national security strategy in which psychological warfare should have a chapter. A YouTube channel or a regular talk show with rational and neutral commentators are required to stop this strategic cacophony. Lastly, India need to fight the war at the virtual level and need pen warriors who can distribute anxiety among the adversaries.