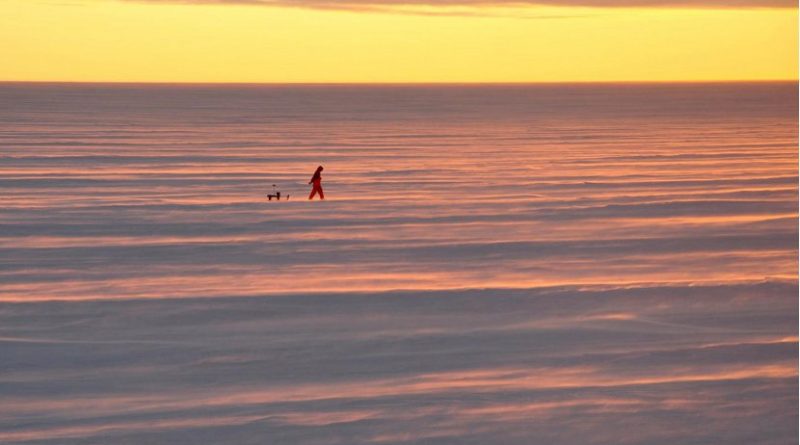 The quantity of cosmic dust that trickles down to Earth each year ranges between several thousand and ten thousand tons. Most of the tiny particles come from asteroids or comets within our solar system. However, a small percentage comes from distant stars. There are no natural terrestrial sources for the iron-60 isotope contained therein; it originates exclusively as a result of supernova explosions or through the reactions of cosmic radiation with cosmic dust.

Antarctic Snow Travels around the World

The first evidence of the occurrence of iron-60 on Earth was discovered in deep-sea deposits by a TUM research team 20 years ago. Among the scientists on the team was Dr. Gunther Korschinek, who hypothesized that traces of stellar explosions could also be found in the pure, untouched Antarctic snow.

In order to verify this assumption, Dr. Sepp Kipfstuhl from the Alfred Wegener Institute collected 500 kg of snow at the Kohnen Station, a container settlement in the Antarctic, and had it transported to Munich for analysis. There, a TUM team melted the snow and separated the meltwater from the solid components, which were processed at the Helmholtz-Zentrum Dresden-Rossendorf (HZDR) using various chemical methods, so that the iron needed for the subsequent analysis was present in the milligram range, and the samples could be returned to Munich.

Korschinek and Dominik Koll from the research area Nuclear, Particle and Astrophysics at TUM found five iron-60 atoms in the samples using the accelerator laboratory in Garching near Munich. “Our analyses allowed us to rule out cosmic radiation, nuclear weapons tests or reactor accidents as sources of the iron-60,” states Koll. “As there are no natural sources for this radioactive isotope on Earth, we knew that the iron-60 must have come from a supernova.”

Stardust Comes from the Interstellar Neighborhood

The research team was able to make a relatively precise determination as to when the iron-60 has been deposited on Earth: The snow layer that was analyzed was not older than 20 years. Moreover, the iron isotope that was discovered did not seem to come from particularly distant stellar explosions, as the iron-60 dust would have dissipated too much throughout the universe if this had been the case. Based on the half-life of iron-60, any atoms originating from the formation of the Earth would have completely decayed by now. Koll therefore assumes that the iron-60 in the Antarctic snow originates from the interstellar neighborhood, for example from an accumulation of gas clouds in which our solar system is currently located.

“Our solar system entered one of these clouds approximately 40,000 years ago,” says Korschinek, “and will exit it in a few thousand years. If the gas cloud hypothesis is correct, then material from ice cores older than 40,000 years would not contain interstellar iron-60,” adds Koll. “This would enable us to verify the transition of the solar system into the gas cloud – that would be a groundbreaking discovery for researchers working on the environment of the solar system.

Home » Stardust In The Antarctic Snow