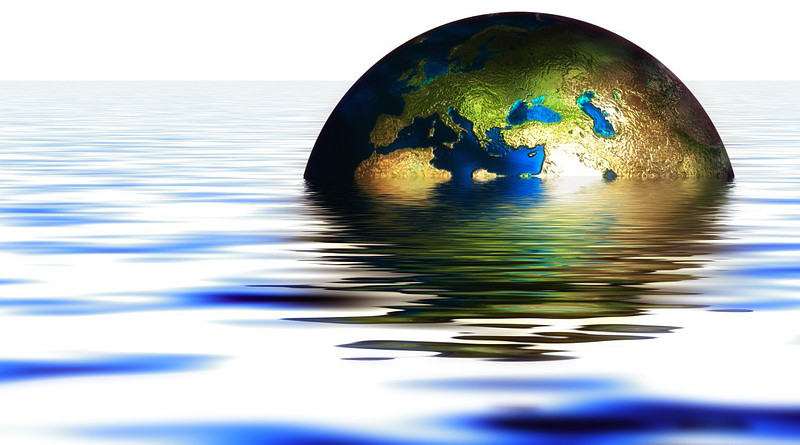 Earth’s tropics are expanding poleward and that expansion is driven by human-caused changes to the ocean, according to new research.

The tropics wrap around Earth’s middle like a warm, wet belt. This part of the globe gets the most direct sunlight throughout the year and is characterized by high average temperatures and heavy rainfall. In contrast to the tropics’ lush interior, however, this region’s edges are hot and parched.

Scientists have noticed for the past 15 years that these arid bands are expanding toward the poles into regions like the Mediterranean, southern Australia and southern California. Interestingly, these dry areas have expanded more in the Southern Hemisphere than the Northern Hemisphere and researchers have struggled to pinpoint exactly what is driving the trend.

A new study in AGU’s ,Journal of Geophysical Research: Atmospheres argues that the failure to agree on an exact mechanism has been, in part, because most researchers have been looking in the wrong place. The new study found tropical expansion is driven primarily by ocean warming caused by climate change rather than direct changes to the atmosphere. A bigger shift is happening in the Southern Hemisphere because it has more ocean surface area, according to the new study.

Tropical expansion could have profound economic and social implications: the process could shift storm paths and cause more severe wildfires and droughts in places like California and Australia that are already water-stressed.

The new findings provide the clearest evidence yet that tropical expansion is in fact primarily driven by climate change, according to the study authors. While natural long-term climate fluctuations contribute to the observed trends, these variations alone cannot explain the extent to which expansion has already occurred.

This means, the authors argue, that climate change might have already significantly contributed to tropical expansion, especially in the ocean-dominated Southern Hemisphere.

“We demonstrate that the enhanced subtropical ocean warming is independent from the natural climate oscillations,” said Hu Yang, a climate scientist at the Alfred Wegner Institute in Bremerhaven, Germany and lead author of the new study. “This is a result of global warming.”

A 2006 paper published in the journal Science announced a troubling finding: in some parts of the world, the tropics were expanding. Researchers have attempted to figure out the culprit ever since that paper was published. Scientists estimate from satellite observations that this widening is happening at a rate of 0.25 to 0.5 degrees latitude per decade. But without pinpointing a root cause, they cannot accurately model how quickly the expansion will occur in the future or what regions it will impact.

Some researchers have suggested greenhouse gas emissions, ozone depletion and aerosols in the atmosphere are driving the expansion. But climate models using these variables to explain the expansion consistently underestimate the speed of the shift and do not account for why expansion is happening in some regions but not others. This has led some researchers to theorize that tropical expansion can simply be explained by natural oscillations in Earth’s climate. But natural variation does not quite fit the patterns scientists have already observed.

Because the ocean and atmosphere are highly connected systems, it is often difficult to tell which is driving the other, Yang said. In the new study, Yang and his colleagues analyzed water temperatures in the major ocean gyres, large circular ocean currents that carry warm water toward the poles and cold water toward the equator. They used satellite observations of sea surface temperature between 1982, the year observations began, and 2018, and compared these observations to data on the expanding tropics that stretches back to 1979.

“I actually am really impressed with this paper,” said Kristopher Karnauskas, associate professor in the Department of Atmospheric and Oceanic Sciences at the University of Colorado Boulder who was not connected to the new study. “There really aren’t a lot of papers out there that really investigate the role of the ocean in the tropical expansion problem.”