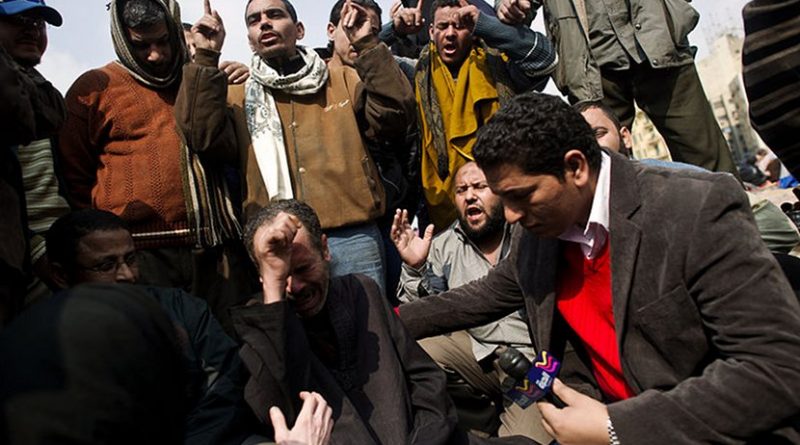 Disasters dominate the news agenda, with recent dystopian images of hurricanes raging in from the Atlantic, earthquake-fractured streets in Mexico, apocalyptic flooding in South Asia and burning villages of Rohingya Muslims in scenes reminiscent of Cambodia’s killing fields. Advancing technology has changed how disasters are reported, but what attracts attention and how we react remain the same as it has for centuries. The most notable change is speed with social media delivering immediate images from anyone with a smart phone. Mainstream operations like BBC and CNN must work with individuals who may have a vested interest in manipulating the stories or images they produce or relay.

A mark of the growing concern comes from guidelines issued by Britain’s National Health Service on using social media during terror attacks, warning people away from journalists seeking personal accounts. Retelling a story could make people “relive the worst parts” of horrific events, the guide notes, adding that people might say more than intended when “vulnerable, upset or angry.” That caution will have an uphill battle in gaining traction, but indicates the intensifying debate about reporting disasters and conflict.

In analyzing any disaster, journalists and the public must keep three elements in mind: sourcing, the reporter’s role and the impact of disaster coverage.

Sourcing: A false, much recycled photograph of a shark swimming down a flooded road in Hurricane Harvey might be dismissed as harmless fun. The same cannot be said about manipulated images related to Rohingya Muslims fleeing Myanmar. Several social media pictures purporting to show atrocities against the Rohingyas have been found to be false, including images from the 2004 Asian tsunami, the 1994 Rwanda genocide and the 1971 Bangladesh war of independence. Likewise, photographs used to allege that the Rohingyas burned their own villages to win international sympathy have also been shown to be false. The inaccuracies gave an opening for Myanmar’s de-facto leader and once-revered democracy campaigner, Aung San Suu Kyi, to accuse the media of creating a “huge iceberg of misinformation… with the aim of promoting the interests of terrorists.” Her voice found an audience, even though the United Nations confirmed that more than 250,000 Rohingya had been forced from their homes after militants triggered government retaliation by attacking a police station in August.

Myanmar is not an isolated case of governments using “fake news” to form policy or dismiss valid scrutiny of their own failures.

Notable examples include US President Donald Trump’s 2012 tweet that the concept of climate change was a Chinese hoax meant to undermine the US economy. In December 2016, a fabricated quote from former Israeli Defense Minister Moshe Ya’alon threatened to destroy Pakistan with nuclear weapons, prompting Pakistan to issue a reminder that it, too, was a nuclear-weapons state. In India, in 2015, a mob murdered a Muslim farmworker after claiming to see photographs showing him slaughtering a cow, sacred in the Hindu religion. And, the Chinese government initially targeted celebrated dissident artist Ai Wei Wei, not for democracy campaigning but for exposure of appalling Chinese building practices after the 2008 Sichuan earthquake that killed thousands of children in badly constructed schools.

Role of the reporter: Many mainstream news networks have units to authenticate images before broadcast, connected to sourcing, but these are not enough. With cut newsroom budgets, major networks no longer dominate the landscape. Many journalists find themselves beholden to organizations, including the military and aid agencies, with specific interests in how a story is told. A story might air over a major news network, but  may originate from a less-than-objective environment. With technology delivering more live images and comments from disaster scenes, questions emerge about how much mainstream reporters should be involved in the story or become the story themselves, thus blurring the line with citizen journalism.

During Hurricane Harvey, the reporter became rescuer when CNN correspondent Drew Griffin and his crew rescued a man from a sinking truck. CNN anchor John Berman told viewers that Griffin had missed his live shot “because he was saving a man’s life.” Griffin then put the survivor on the spot with a live interview. His questions reflected the dilemma: “This is too much of a time for you to be interviewed right now… Are you doing all right? Your heart doing OK?”

Jon Swain, the Sunday Times journalist who exposed Khmer Rouge atrocities in Cambodia, tells how he rescued a child after a grenade was thrown into a cinema and took her to hospital. He was reprimanded for filing the story late, although after explanations his editor congratulated him. With today’s technology, reporters must make instant assessments knowing that decisions to observe and report versus jump in to help are being live-streamed to potentially a global audience. “Unlike doctors, we have no hard and fast rules,” said Swain. “We make decisions and do what we can. But you do not leave someone to die on the grounds that journalists shouldn’t get involved.”

Impact of disaster coverage: The third element challenges journalistic choices and balance of news coverage among locations as well as prevention versus reaction. The Atlantic hurricanes coincided with floods crashing through South Asia, killing more than a 1,000 and disrupting 40 million lives. The hurricanes, with about 100 deaths, led bulletins while the most powerful earthquake in Mexico for a century, also killing about 100, barely made it into headlines. Hurricanes led most news coverage because it’s rare to witness devastation of American cities while calamities in the developing world are common.

But, a disaster’s positioning in a network’s running order directly impacts money raised to help government action. In a 2011 report for the Reuters Institute, the University of London’s Glenda Cooper examined the link between media coverage and aid. For 250 minutes of television airtime, the 2004 tsunami attracted $1,241 for each person helped. ASouth Asian earthquake with 86 minutes of airtime produced just $300 per person. “Social media can give traction,” says Cooper.  “But, it is the mainstream media that still counts because they lead to donations and political decisions.”

News tends towards the unusual and dramatic, and slow-burning disasters are often ignored until they flare up to grab international attention. Among the triggers blamed for the Syrian war leads back to a 2006 drought – mostly unreported – which pushed people into the cities and fueling unrest that led to protests and civil war five years later.

The BBC is among the few mainstream networks that operate a humanitarian and development operation alongside its newsgathering of which I was a part for many years. After the 2015 Nepal earthquake, the network immediately set up radio broadcasts, sending out practical information, and later produced a program, Together Nepal, dealing with long-term recovery such as rebuilding homes and psychological trauma.

“In times of crisis, information is as important as food, water and shelter,” says Caroline Howie of BBC Media Action. “The faster we act the more lives can be saved.”

News coverage of natural disasters and war have long been pivotal at tugging heart strings and forcing changes to government policy. Journalism has always been laced with vested interests and advocacy. The danger today is the immediacy in which inaccuracy speeds around the world, fueling emotions and decisions. In July this year, communal riots in West Bengal in India were fueled after false pictures of violent unrest appeared on social media. The images, captioned as being from West Bengal, were in fact from Bangladesh.

The warning from Britain’s National Health Service may be the beginning of a trend indicating that it’s time for mainstream broadcasters and internet providers to consider guidelines on how to deal with so-called eyewitness reporting of disasters and the dangerous global fascination that this attracts.

*Humphrey Hawksley has reported for the BBC on disasters and wars around the world. His next book, Asian Waters: Chinese Expansion and the Shifting Balance of Power, is published next April.