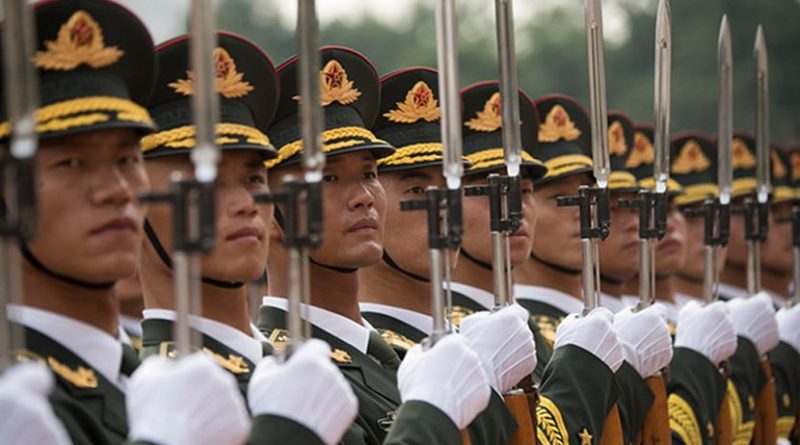 The most convincing argument in support of a successful India-China military relationship is the fact that not a shot has been fired across the 3488 km long Line of Actual Control (LAC) in over 50 years.  It is also to the credit of the militaries of both countries that they have shown maturity and restraint in defusing potentially explosive situations such as those in Daulat Beg Oldi (DBO) in 2013, Chumar in 2014, and Doklam in 2017.  Over the last half a century, save a bloody confrontation at Nathu La in 1967, where the Indian Army showed ‘restrained aggression’, a slow, pragmatic and incremental set of confidence building measures (CBMs) have ensured a defined and established set of rules to peacefully deal with transgressions and avoid confrontations.

Despite these CBMs and a robust mechanism to settle the boundary dispute, a final settlement continues to remain elusive. In 2013, a standoff between the two militaries at DBO in eastern Ladakh spurred the signing of a Border Defence Cooperation Agreement (BDCA) in October 2013. This augmented the existing CBMs by laying down five implicit mechanisms to improve communication and cooperation in order to defuse confrontation, viz. flag meetings, periodic meetings between field commanders and government officials, the Working Mechanism for Consultation and Coordination for India-China Border Affairs (WMCC) at the Joint Secretary as well as Director General Border Affairs level, and an annual Defence Dialogue at the Defence Secretary level. These were followed up with greater interaction between field commanders through visits to each other’s military theatres, resumption of battalion level Hand-in-Hand exercises, port of call visits by Indian ships and visits by military delegations to each other’s training institutions.

However, the standoff at Doklam in the Bhutanese territory in 2017, which lasted 73 days and in the most inhospitable and treacherous terrain along the LAC, tested the mettle and resolve of the militaries of both India and China. It was finally resolved peacefully with both militaries backing off after hectic diplomatic consultations between the affected parties. India’s support to Bhutan, its closest ally in its immediate neighbourhood, was clear and unambiguous. After the bloody confrontation at Nathu La in 1967, in which almost 300 Chinese soldiers are believed to have been killed,1 the faceoff in Doklam and the buildup that followed called for mutual de-escalation without prejudice to each other’s position on the boundary issue. In what can be termed as ‘saving face’, the People’s Liberation Army (PLA) agreed to pull back while the Indian forces did the same to restore ‘status quo ante’. However, the PLA has since taken to building massive infrastructure and continues to deploy a large number of troops in the Doklam Plateau. Although Doklam standoff resulted in a strain in the India-China relations, it is again to the credit of both militaries that they displayed remarkable restraint and never let the situation escalate into a confrontation or exchange of fire.

It was in the backdrop of the Doklam incident that Prime Minister Narendra Modi and President Xi Jinping met for an Informal Summit at Wuhan in China in April 2018 to review the bilateral relations. The two leaders thereafter agreed to direct their militaries to “earnestly implement various confidence building measures agreed upon between the two sides, including the principle of mutual and equal security, and strengthen existing institutional arrangements and information sharing mechanisms to prevent incidents in border regions.”2 Subsequently, the annual Hand-in-Hand joint exercise on anti-terror was resumed in 2018 along with visits by military delegations and ships to each other’s ports. India also participated in the August 2018 Shanghai Cooperation Organisation (SCO) joint military exercise involving Pakistani and Chinese troops.

Having ‘reset’ the bilateral relationship last year in April 2018, the return of the Modi Government to power in the recent elections has injected renewed vigour into India’s relationship with China. Developments such as China’s endorsement of Pakistan’s placement on the ‘grey list’ of the Financial Action Task Force (FATF) against terror financing in June 2018, and China’s lifting of the ‘technical hold’ on the declaration of Jaish-e-Mohammed chief Masood Azhar as a global terrorist under the United Nations Sanctions List in April 2019, have had a positive impact on bilateral ties. These developments augur well for Modi 2.0. The Bishkek Declaration issued at the recent SCO Summit has also lent credibility to India’s stance on terrorism. During the SCO Summit, Prime Minister Modi had clearly stated that “Countries responsible for aiding, supporting and providing financial assistance to terrorists should be held accountable.”3

Further, President Xi and Prime Minister Modi have developed a personal chemistry which continues to flourish, as reflected in Xi’s acceptance of the invitation for the second Informal Summit to be held later this year in Varanasi. With the year 2020 marking 70 years of the establishment of diplomatic relations between the two countries, Prime Minister Modi’s proposal that both countries should list 70 important events, 35 each in India and China, to mark the occasion has been accepted by President Xi.4 That should set the stage for a greater congruence on ideas and actions in the coming years, including on Military to Military (M2M) relationship.

Having resumed the M2M exchanges in earnest, India and China could sustain the momentum by cooperating in the following areas as well:

(a) Building CBMs at Sea – Over the last few years, there has been a growing focus on the Indo-Pacific Region (IPR). The importance of vital sea lanes of communication and commercial shipping traversing the region needs no emphasis.  In this context, the expanding footprint of the PLA Navy (or PLAN) in the IPR is a matter of concern.  With the Indian Navy firmly anchored in the Indian Ocean Region (IOR), there are both fears of confrontation as well as opportunities for cooperation between the two navies in the region. A beginning was made by establishing a formal Maritime Dialogue in 2016 to address areas of maritime concern.

The statement issued after the Second Maritime Dialogue held at Beijing in 2018 described the engagement as “an important mechanism between the two countries for consultations on maritime issues. They emphasized the need to further strengthen maritime cooperation as an important area of India-China bilateral relations, and as a platform to strengthen political and strategic mutual trust between the two countries.”5 As a next step, CBMs for peaceful conduct at sea, similar to the existing ones for maintaining peace along the LAC, can be explored. This can include communication protocols, aid and assistance at sea in case of emergent situations, and cooperation against piracy and maritime terrorism.

(b) Facilitating Exchanges Between Military Academic Institutions – Exchange programmes between war colleges and similar military academic institutions can facilitate a better understanding of each other’s views on various contentious issues. More importantly, mutual exchanges during these courses can help in building inter-personal relations, as well as an understanding of doctrinal precepts including issues pertaining to weapons of mass destruction (WMD) and non-traditional security threats. A permanent participation of officers from both countries at the National Defence College (NDC)/National Defence University (NDU) and war colleges involving all the three services could be considered.

(c) Strengthening Communication – Perhaps the most challenging aspect of a relationship is communication. While the ‘Wuhan Sprit’ is often characterised by the building of spirit of `Strategic Communication’, yet it is the operational and tactical communication that leaves much to be desired. The first major hurdle is language.  There are very few Chinese and Hindi language experts in each other’s militaries.  Resultantly, stand-offs and confrontations at the tactical level cannot often be easily resolved due to the lack of knowledge of the other’s language. A concerted effort is therefore required to train military personnel in each other’s language schools in order to build a cadre of translators and interpreters.

Secondly, it would augur well to have a hotline at the Corps/ Military District levels similar to the ones existing between the operations branches at the highest level. Even exchange of radio frequencies and call signs for emergencies such as inclement weather, rescue of patrols, casualty evacuation, etc. can be beneficial in improving communications at the tactical level. Thirdly, the existing robust system of border meetings can be further improved through joint patrolling at mutually agreed schedules. While a beginning has been made, these can be further strengthened to prevent an inadvertent miscalculation between the two militaries.6 It will also help build confidence among the local population who are key stakeholders in the resolution of border issues.

(d) Jointly Tackling Non-Traditional Threats – The vast and inhospitable LAC is a test of human endurance. Avalanches, floods and landslides are a common occurrence, which occasionally cut off communication and road/rail networks, affecting communities on both sides. Often, border posts are also cut off or buried in heavy snow. Medical emergencies are a common occurrence as well. Humanitarian aid to each other’s people can deepen the bonds of goodwill and empathy between them. Protocols and standard operating procedures (SOPs) to enhance cooperation in such emergencies can be a positive step in further enhancing the CBMs.

The M2M initiatives carry considerable weight in the overall engagement between nations. The incremental and calibrated improvement in the India-China defence ties, despite bouts of estrangement, has withstood the test of time. It has helped in deferring confrontation. It is axiomatic that as India explores a more meaningful relationship of ‘cooperation and competition and not confrontation’ with China, there is a need to ensure that the borders are peaceful. This way energies could be devoted to issues of consonance and convergence rather than dissonance and divergence. The next step in building M2M relations would thus provide the required impetus to further accelerate the process of strengthening peace and stability along the LAC.

*About the author: Major General Mandip Singh was formerly a Senior Fellow at the Institute for Defence Studies and Analyses, New Delhi.