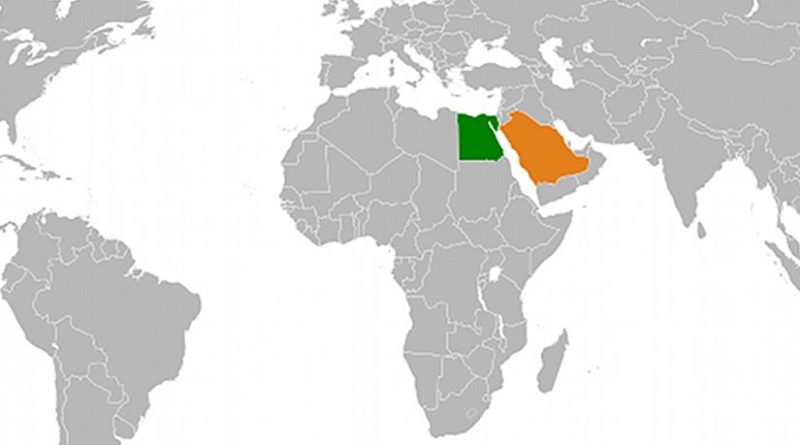 Relations between Egypt and Saudi Arabia have been characterized with serious ups and downs during the past week. Media outlets have been reporting new developments in these relations on an almost daily basis, the result of which is expected to be less cordiality in the two countries’ relations.

It was just last week when Egypt voted positive for a United Nations resolution proposed by Russia on the situation in Syria. This measure actually amounted to adding fuel to the fire of relations between Cairo and Riyadh, which had already seen enough tension during recent weeks. The first reaction to the measure taken by Egypt in this regard was shown by Saudi Arabia’s permanent ambassador to the UN, Abdullah al-Moallemi. While indirectly criticizing Cairo, al-Moallemi expressed regret that positions taken on Syria by Malaysia and Senegal were closer to Saudi Arabia’s position on this issue than that of Egypt. It was then that Saudi Arabia started to make new decisions, which smacked of vengeance in order to revenge Egypt’s measure.

Less than 24 hours after Egypt voted positive for Russia’s UN resolution on Syria at the Security Council, Saudi Arabia’s state-run oil company, Aramco, announced that it had reached a decision to halt oil exports to Egypt for the month of October. According to a five-year contract, which has been estimated to be worth 23 billion dollars, Saudi Arabia has been committed to exporting 700,000 tonnes of oil derivatives to Egypt.

Egypt has been suffering from shortage of fuel for a long time and the recent measure taken by Saudi Arabia has been undoubtedly aimed at mounting economic pressure on the North African country. Although Abdel Fattah el-Sisi, president of Egypt, has ruled out this issue as the main reason behind Saudi Arabia’s cutoff of fuel exports to his country, the reason behind Riyadh’s decision is quite clear.

Moscow and Cairo get closer than ever before

At the same time, media outlets reported that Egypt and Russia were planning to stage joint marine maneuvers with Moscow requesting the Egyptian government to establish a temporary military base in that country. This development proved that relations between the two countries were rapidly expanding and the vote given to Russia’s resolution by Cairo has not been an accident or a transient measure.

In addition, there are reports, which show that Russia’s special forces have been training Egypt’s military and security forces since last year. All these developments have served to enrage Riyadh as a result of which Riyadh has recalled its ambassador from Cairo to clearly show that it is not satisfied with the status quo and seeks to downgrade its relations with Cairo.

In addition to the aforesaid developments, the two countries have been locking horns in the transportation sector as well. Saudi Arabia has already called off a number of flights to and from Egypt under the excuse that there are not enough passengers to justify the flights, while the Egyptian side has not remained idle either and has taken retaliatory measures against Saudi Arabia.

The claim raised by Riyadh about Cairo flights not being economical cannot be accepted though. This is true because a large number of Egyptian laborers and businesspeople are working in Saudi Arabia and, on the other hand, Saudi tourists are very willing to travel to Egypt. As a result, cancellation of bilateral flights can cause problems for transportation of the two countries’ nationals.

Since a while ago, Saudi Arabia had increased the price of visa for implementing the minor Hajj pilgrimage for the nationals of a few countries, including Egypt, to an unprecedented level. This measure, which had elicited Egyptian side’s objection since its introduction, finally culminated in unilateral stoppage of the minor Hajj by the Egyptian side.

Since Iran and Morocco had already announced that their citizens would not attend the minor Hajj pilgrimage in Saudi Arabia, thus depriving the kingdom of relevant revenues, the measure taken by Egypt was aimed to further increase economic pressure on Saudi Arabia. According to Egypt’s al-Youm al-Sabi’ news website, the decision made by Cairo would save the country about six billion dollars, which would be great news as Egypt has been already grappling with a major foreign exchange crisis.

All told, the recent rise in tension between the two countries cannot be simply attributed to the measure taken by Egypt at the UN Security Council. Relations between the two countries have been marked with serious oscillations during the past two years. Of course, after Saudi Arabia’s King Salman ascended to the throne, relations between Riyadh and Cairo turned totally cordial, but it is clear that Sisi’s foreign policy stances, his effort to get close to Russians, and his viewpoints on the future of Syria and the fate of Syrian President Bashar Assad have played an important part in causing tension in the two countries’ relations.

There is a long list of measures taken by Cairo, which are considered by Riyadh as a stab in the back, and as a result of which Saudi Arabia is now trying to take revenge on Egypt. The list includes presence of a high-ranking Egyptian delegation in an anti-Wahhabi conference in Grozny, which is the capital city of the Chechen Republic; abrogation of a contract according to which Egypt had transferred control of Sanafir and Tiran islands to Saudi Arabia; Saudi Arabia’s failure to fulfill its commitments toward Egypt, including construction of a causeway over the Gulf of Aqaba; Egypt’s opposition to overthrow of Syria’s Assad; Cairo’s reluctance for sending troops to Yemen war and rumors about Egypt’s indirect support for the Houthi fighters in Yemen; relative closeness between Iran and Egypt, especially a meeting between the two countries’ foreign ministers in New York; and quite recently, appointment of Cairo’s new charge d’affaires to Tehran.

A few days ago and without mentioning Saudi Arabia by name, Egypt’s President Sisi noted that Egypt sought to have independent positions and would submit to no one but God, and his remarks drew strong support from Egyptian people and media. It seems that no prospect can be imagined for cessation of the current crisis in the two countries’ relations yet, especially taking into account that the behavior and measures taken by both countries show that none of them seeks to calm the situation. So, we must wait and see how far this tension in Cairo’s relations with Riyadh will go.