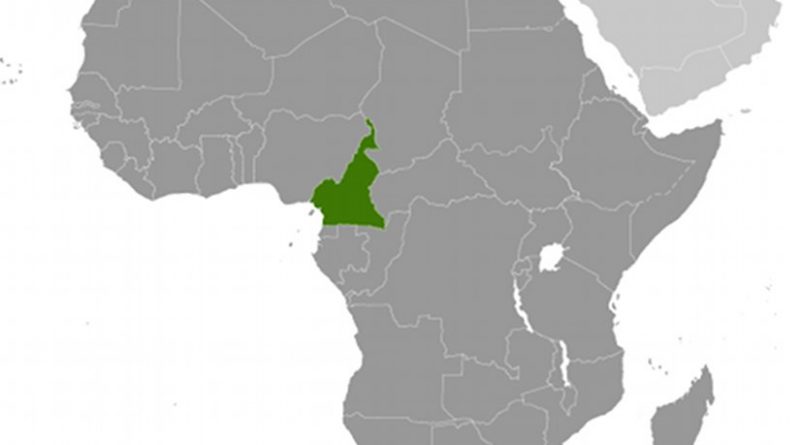 Cameroonian security forces fired tear gas and water cannons and arrested hundreds of people, mainly opposition party members and supporters, to disperse peaceful protests across the country on September 22, 2020. Many peaceful protesters were beaten and mistreated while being arrested and in detention. Cameroon’s authorities should immediately release all those held for their political views or for exercising their right to peacefully assemble.

The African Union (AU), the African Commission on Human and Peoples’ Rights (ACHPR), the Economic Community of Central African States (ECCAS) and Cameroon’s other regional and international partners should publicly denounce the crackdown on Cameroon’s political opposition and other dissenters. These groups should press the Cameroon government to hold to account those responsible for violations of the rights to assembly, to liberty, and to freedom from inhuman and degrading treatment.

“African and regional bodies should call out Cameroon’s government for its repression and rampant abuses,” said Ilaria Allegrozzi, senior Africa researcher at Human Rights Watch. “As the end of the AU’s 2020 theme, ‘Silencing the gun,’ approaches, it’s crucial for these institutions to send strong messages to President Paul Biya’s administration that flagrant violations of the African Charter on Human and Peoples’ Rights and other human rights treaties are unacceptable.”

According to the opposition party Cameroon Renaissance Movement (Mouvement pour la renaissance du Cameroun, MRC), over 500 people were arrested on September 22, only 155 of whom have been released. Lawyers for the party say that 21 were taken before a civilian court on various charges, including rebellion and participating in an illegal demonstration; 107 have been taken before a military court on various charges including terrorism and insurrection; 63 others continue to be held without charge, while the situation of others still in custody is unclear. In a statement on October 14, Cameroon’s communications minister said that 294 people were arrested on September 22, of whom 176 have been released.

Human Rights Watch, between September 22 and October 10, interviewed ten leaders and members of the opposition party MRC, five lawyers, three journalists and four relatives of men who were arrested and beaten by the police on September 22. Human Rights Watch also reviewed photographs and video footage showing the September 22 demonstrations and the security force response.

In early September, Cameroon authorities banned demonstrations across the country after the MRC encouraged people to take to the streets over the government’s decision to call regional elections in December. The party has said the government should revise the electoral law and resolve the crisis in the Anglophone regions – where violence has been acute since late 2016, as separatists seek independence for the country’s minority Anglophone regions – before holding these elections.

The territorial administration minister then announced that anyone organizing or leading demonstrations would be arrested, claiming that protests would endanger lives during the Covid-19 pandemic. The communications minister warned political parties on September 15 that protests could be considered “insurrection” and that illegal demonstrations would be punished under the anti-terror law.

The wife of a 32-year-old MRC member who was arrested in Yaoundé, the capital, on September 22 told Human Rights Watch: “I went to the central police station where my husband is being held. His eyes were red and swollen. He told me that the police beat him up when they arrested him.” A party member who visited his 36-year-old friend at the Yaoundé central police station after his arrest, said: “Policemen beat him so savagely that his wrist is now dislocated. He’s being held in a small dirty cell with 20 other people with no light and a non-functioning toilet.”

At least eight journalists were among those arrested on September 22, and it appears that at least some were deliberately targeted. Radio France Internationale (RFI)’s correspondent in Yaoundé, Polycarpe Essomba, told Human Rights Watch: “I had finished covering the demonstrations, and I was in a hairdresser shop preparing my radio show when six policemen came in and pointed at me. One said: ‘That’s him whom we are looking for. That’s him who’s spoiling Cameroon’s image abroad.’ They put me in their truck and forced me to lay down. Then they kicked me, and one hit me with a truncheon.” The reporter, who was taken to the central police station in Yaoundé, was released three hours later. The other seven journalists were also released over the course of that day and the following day.

Maurice Kamto, the MRC leader, who had been arrested in January 2019 after countrywide peaceful protests and released following a presidential decree in October 2019, has been held under de facto house arrest since September 22. Dozens of police and gendarmes surround his residence in Yaoundé, refusing to allow him to leave. On October 5, his lawyers filed a request before the Yaoundé Court of First Instance seeking to free the leader, but the court rejected the request the following day “for lack of urgency.” On October 11, Kamto’s lawyers filed a complaint against the state of Cameroon, accusing the authorities of holding the leader under house arrest illegally. The first hearing, scheduled for October 15 before the Yaoundé Court of First Instance, was postponed until October 29.