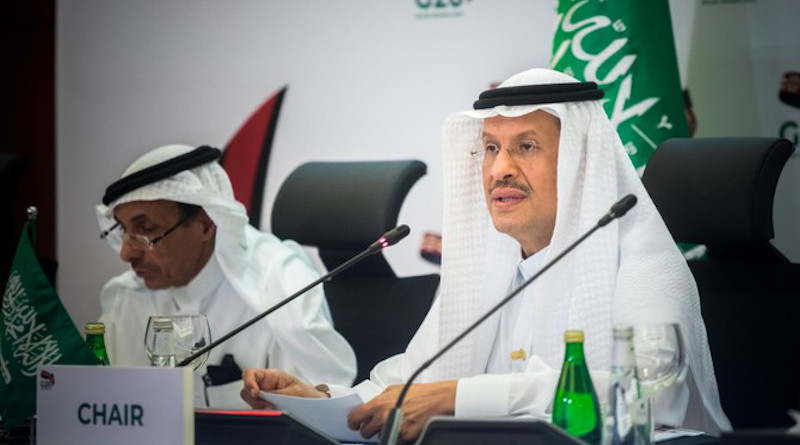 “I cannot emphasize strongly enough how vital it is to show the strength of our resolve. Nobody in the global oil market should be in any doubt as to our commitment and our intent,” the minister said.

He again invited speculators to “make my day” by manipulating global crude markets.  “Destabilizing speculation and manipulation have no place in a responsible and efficient market,” he warned.

Prince Abdul Aziz was speaking at the monthly meeting of the joint ministerial monitoring committee of OPEC+, the alliance of producers led by Saudi Arabia and Russia. Ministers reaffirmed commitments to complying with the historic cuts that have helped rebalance global crude markets since the crisis of April.

They also pledged to make up for any shortfall in compliance levels by compensating with extra cuts by the end of the year. Prince Abdul Aziz said he hoped to “close the chapter once and for ever” on compensation by then.

“We can take some satisfaction from the levels of compliance we have achieved, but there is some work to do before we achieve the agreed compensation targets,” he said.

OPEC+ is due to add an extra 2 million barrels per day from January, which some industry experts have said should be delayed while market demand remains uncertain in light of pandemic lockdowns.

That issue was not on the agenda, but is likely to figure at a full meeting of OPEC members at the end of November that can decide policy.

Prince Abdul Aziz dismissed talk of disunity within OPEC+. “We’re not breaking ranks. We are a much more solid front in attending to this market,” he said.

Alexander Novak, the Russian energy minister, said there was uncertainty and volatility in global oil markets because of renewed outbreaks of COVID-19, but Russia remained committed to strengthening OPEC+.