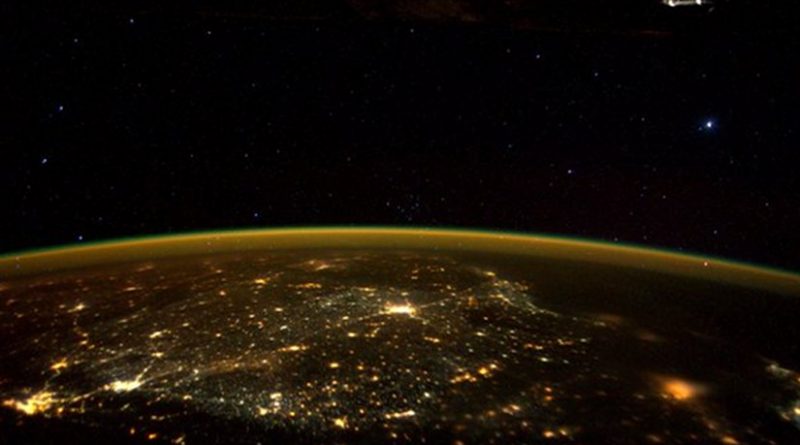 For the past year, astronaut Scott Kelly has been tweeting breathtaking photos of Earth from the International Space Station.

On Sunday, he may have tweeted a photo of something far more astounding — a UFO.

That, at least, is what conspiracy theorists and alien obsessives would have you believe.

Their proof is “clearly” visible in a photo Kelly tweeted on Sunday from the ISS over India.

“In the upper right of the photo you can clearly see a large object with two lights on each end,” alien hunter Sonofmabarker wrote on YouTube (see video below). “It also appears to be very large and constructed.”

“We see here what appears to be a long, white UFO,” he said in a YouTube video. “It looks to have two lights on it, one on each end.”

Scott Waring, the editor of ufosightingsdaily.com, goes further than his conspiratorial colleagues in suggesting that Kelly was intentionally showing off the supposed UFO.

On his blog Waring wrote:

When an astronaut tweets a photo of a UFO, you can bet people notice it. Scott Kelly likes to send out photos of the view from the windows of the space station…and they look cool. This one however has a cigar shaped glowing UFO with a metallic body in it. The UFO is about 25 meters long and 150-200 meters away. It looks like Scott was trying to hint at the existence of aliens. Message received Scott, and thanks.

NASA has not commented on Sunday’s alleged UFO sighting, but on Thursday morning Kelly tweeted another photo from the ISS that appears to capture the same UFO.