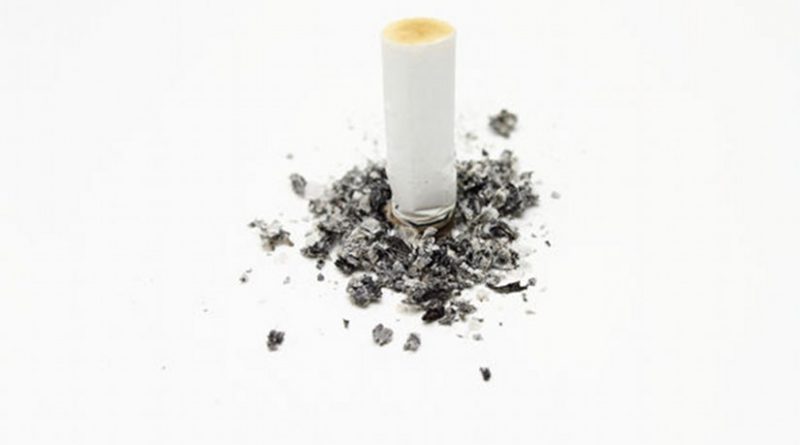 11/13, the day of the ghastly Paris attacks, is a date that will go down in our collective memory as Europe’s 9/11. In the confusion and cacophony of reactions that followed the events, from the pledges to heighten security, mobilize the army, close the borders, and all the way to the solemn promises of ‘never again’, one element was sorely absent – cracking down on the way terrorists are funded. Indeed, one needs not just a deranged individual armed with a radical ideology and a death wish, but also wads of cash to finance recruitment, training, weapons purchases and building bombs. And oddly, unlike closing down borders, nipping the cash flow of terrorists is actually easier than it sounds. Why? Because one of the most likely products to be smuggled and used to light the fires of terrorist attacks is…cigarettes.

Indeed, thanks to their ubiquity, ease of manufacturing and the lows risks involved, cigarette smuggling is booming. Experts estimate that contraband costs governments worldwide $40 to $60 billion in lost tax revenue every year – a consistent fraction of that money making its way into the pockets of terrorist organizations worldwide. Al Qaeda, ISIS, Hezbollah, Hamas, FARC, IRA, ETA, PKK, ISIS, al-Nusra Front, have all relied on tobacco smuggling to line their war chests.

Combatting tobacco smuggling is a regular Catch-22 for policymakers. Why? Because measures that are meant on the surface to discourage consumption, play right down in the hands of individuals involved in the illegal tobacco trade. The higher taxes go, the greater the disparity between the white market price and the black market price. The simpler the packet gets – like the renewed drive to export plain packaging from Australia to Europe – the easier it will be for people with even the most limited of means to flood the market with knock-offs. Both the UK and Ireland have passed such measures and France is set to vote in November to impose plain packaging regulations.

Smuggling cigarettes for ‘the cause’

Take the case of Mokhtar Belmokhtar, one of the most feared African terrorists and mastermind of the Amenas gas plant attack that left 38 people dead, who financed his operations by running a continent-wide smuggling scheme that earned him the nickname “Mr. Marlboro”. With that infrastructure in place, Belmokhtar got into the racket of drug, oil and human trafficking – but according to experts, cigarettes remain the most profitable and least risky form of contraband. “No one thinks that cigarette smuggling is too serious, so law enforcement agencies don’t spend resources to go after it”, as Louise Shelley, expert at Washington’s George Mason University puts it.

Let’s look at the IRA, which made an approximate $100 million from smuggling cigarettes into Northern Ireland between 1999 and 2004. After Ireland passed the plain packaging law, customs officials estimated that some €120 million stand to be made by present and former IRA members from tobacco smuggling.

Hezbollah has similarly taken advantage of the different state-wide tax regimes in the US to ship cigarettes from low-tax states to high-tax states, reaping massive profits. Operation Smokescreen spearheaded by a cross-agency task force between 1995 and 2002 exposed several trafficking rings run by Mohammed Youssef Hammoud, a key Hezbollah financier, that were funneling cash to the terrorist organization. Al Qaeda also reaped a share of the spoils: in 2008, Saifullah Anjum Ranjha, a Pakistani residing in the US transferred a part of his profits made through smuggling cigarettes, weapons and drugs to al Qaeda sympathizers. Even the rebels in Ukraine were funneling cigarettes through the Black Sea port of Odessa.

Lawmakers can no longer ignore the testy issue of tobacco smuggling and should take into account this global coalition of terrorist groups that use it to fund their nefarious activities when calibrating their legislative responses. An effective long-term solution requires the collective action of a range of stakeholders. Enhanced law enforcement at local levels to stymie the tobacco trade, building public-private partnerships to control branding, quality control and supply chain integrity, pursuing sensible tax policies and re-examining the merits of plain packaging, as well as mounting awareness campaigns about the health risks and associated harms, are all sensible and easy to implement measure that would make life considerably more difficult for smugglers. At the international level, the EU member states should ratify the UN-backed Protocol to Eliminate Illicit Trade in Tobacco Products, which would establish a global tracking and tracing system to reduce and eradicate illicit trade. Sadly, even if the EU signed the convention in December 2013, only Austria has actually ratified it so far.

Cigarettes can no longer be ignored and their role can no longer be downplayed. The Paris attacks show that now, more than ever, a global, multi-pronged approach is needed to root out the many-headed hydra of global terrorism, and wage war against such groups not just in the physical sphere, but also on the financial one.

Home » Financing Terrorism One Cigarette At A Time? – OpEd

One thought on “Financing Terrorism One Cigarette At A Time? – OpEd”