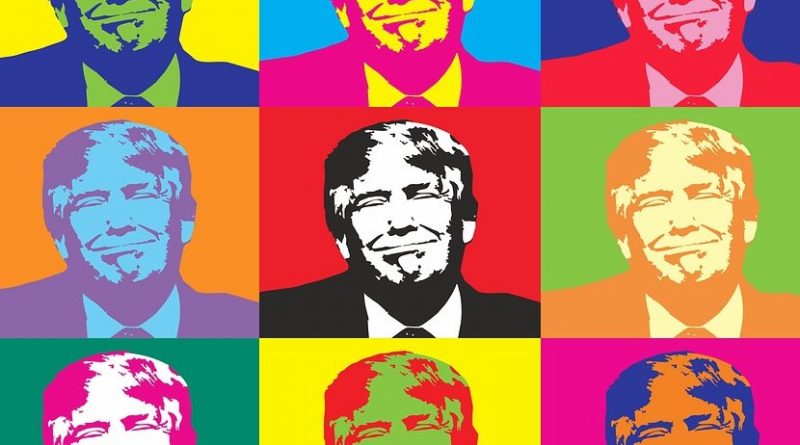 As the Democrats have pushed ahead with impeachment proceedings, there have been criticisms from both the right and left that impeachment is a needless distraction from the pocketbook issues that people really care about. The argument is that people will see the Democrats as playing political games rather than focusing on health care, jobs, wages, and other issues that directly affect people’s lives.

This sort of argument ignores the world we now live in. First, we have to be clear about the Republican agenda. To put it simply, it is to give all the money to rich people.

This means that not only that they don’t want rich people to pay taxes, the rich also get to cheat workers out of their pay, pollute drinking water, destroy the planet, and do anything else to ordinary people and the environment that might boost their income. Republicans and their allies also design patent and copyright monopolies to give even more money to the rich (both here and overseas) and they structure the digital economy in ways that deny ordinary people any privacy.

It’s true that some Democrats also seem to share much of this agenda, but that’s beside the point. If the Republicans can control the White House and Congress, this is what they will do.

So, is impeachment a distraction from fighting this disastrous agenda? Not at all, impeachment is a necessary step in trying to stop it.

In case people somehow have missed it, Republicans do not care at all about democracy or the rule of law. They will do anything and everything they can get away with to keep power. We see this again and again.

To take one prominent example, Republicans wanted to include a question on citizenship on the Census to discourage immigrants from answering. The explicit purpose was to reduce political representation in areas with large immigrant populations. The Supreme Court ultimately blocked this effort because the Trump administration could not find a plausible reason to include this question, other than to discriminate against immigrants.

Just last week, the Republican leader of Kentucky’s state senate suggested reversing the results of the state’s gubernatorial election (which the Democrat won), based on his assessment that a third party candidate had pulled away enough votes from the Republican to cost him the election. While he seems to have backed away from this position in response to mass public outcry, the fact that he could seriously consider completely ignoring the results of an election shows the lack of respect that Republicans have for democracy and the rule of law.

The Ukraine affair has to be understood in this context. Trump is quite openly using the State Department, the Justice Department, and most likely other branches of government to directly advance his personal and political interests.

The issue has nothing to do with what one thinks of Joe Biden. Trump invented a scandal out of thin air and had the State Department apply pressure on Ukraine to pretend it was real.

If that sounds far-fetched, remember, this is a guy who ran around the country for five years insisting that Barack Obama was born in Kenya. And, he has never apologized for that or any other racist idiocy.

If Trump’s actions are allowed to go unchecked, we can take it for granted that he will continue to use the power of the government against his political opponents. If Warren gets the nomination, expect to see IRS investigations of her consulting work and the Justice Department examining charges that she was an affirmative action hire at Harvard based on her Native American ancestry.

If Sanders gets the nomination, don’t be surprised to see the IRS and Justice Department investigating Jane Sanders’ dealings at Burlington College, which went bankrupt several years after her presidency. Look for ominous news stories about money paid to “the Sanders,” as though Bernie and his wife were a single person.

This use of government power will also extend to supporters of candidates. Those who are in the forefront of the campaign to unseat him can expect I.R.S. audits and Justice Department investigations of real or imagined infractions.

Trump has made it clear that he will use the power of the government against news outlets that don’t give him positive coverage. He interfered with a Pentagon contract that likely would have gone to Amazon because he didn’t like the Washington Post’s coverage of him. Jeff Bezos is the owner of the Washington Post as well as being the CEO and largest stockholder in Amazon.

Trump also ordered all government agencies to cancel their subscriptions to the New York Times and Washington Post. Again, the issue is that he doesn’t like their coverage.

Suppose Trump ordered I.R.S. audits of the leading shareholders of every major news outlet. Jim Jordon, Lindsey Graham, and the rest can be counted on to angrily insist that President Trump is doing his job in cracking down on tax fraud. When this happens, we can expect many newspapers and television stations will begin to sound more like Fox News.

Trump has made it absolutely as clear as he can that he intends to use the full power of the government to advance his re-election campaign. If anyone thinks that their favored candidate will be able to overcome this sort of corruption and defeat Trump anyhow, they are seriously out of touch with reality. If any Democrat is going to have a shot at defeating Trump in 2020, the Democrats will have to rein in his abuses of power.

It is certainly true that people are much more concerned about their pocketbook than the rule of law, but that is a problem that has to be confronted by Democrats or anyone concerned about democracy. If Trump gets to cheat as much as he wants, we can just skip the election since it will be a waste of everyone’s time.

We can take it for granted that the Republican-controlled Senate will not remove Trump. As Trump has said, he can shoot someone on Fifth Avenue in broad daylight and his supporters will still be with him.

Nonetheless, holding up Trump’s crimes in the full light of day will put some check on his abuses. We already saw this when he was forced to abandon his plans to give himself millions of dollars by holding the G-7 summit at his Doral Resort. Clearly Republicans pressured Trump to not so visibly use the federal Treasury as a personal piggy bank. An open airing of Trump’s corruption in an impeachment trial is likely to force Trump to at least nominally follow the law through the remainder of his term in office.

The Democrats have been fortunate to have career civil servants who have been willing to risk their careers, if not their lives, by calling attention to Trump’s abuses of power. If the Democrats don’t take advantage of these people’s courage, it is a safe bet that no one else will come forward in the future, and Trump will have a free hand to ignore the law as much as he wants.

Some on the left have been bothered by the fact that many of the people coming forward seem to be motivated in part by the desire to have a more aggressive foreign policy towards Russia. That is likely true, but also completely beside the point.

In politics we find few people with entirely pure motives. The people who are coming forward in the Ukraine case are reporting a very real and extreme abuse of presidential power. If the idea is that this is all a grand conspiracy, the world doesn’t have enough tin foil to make the necessary hats.

Did the conspirators doctor the pseudo-transcript Trump released of his call where he tried to extort the Biden dirt from Ukraine’s president? Alternatively, did they somehow trick Trump and his other top aides into this bizarre extortion attempt so that they could then expose it and undermine his presidency?

Conspiracies do exist in the world, but sometimes events are just as they seem. We have a president who thinks he can use the entire state apparatus for his own personal and political ends. Through his incredible stupidity, he got caught red-handed. It would take an act of even bigger stupidity to just look the other way and drop the issue.