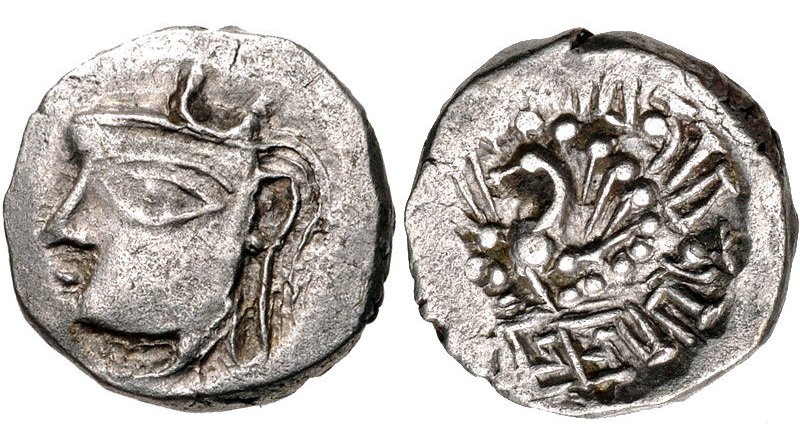 With Asoka, the great Buddhist Emperor of India, the history of Kashmir begins. The authentic facts of history safely held the view that Ashoka’s  sovereign  power  extended  to Kashmir. He was the contemporary of Hannibal and his Kingdom extended from Bengal to the Deccan, to  Afghanistan and the Punjab, and  the results of whose influence  may be  seen to this day in Kashmir, in the remains  of Buddhist temples and statues, and in the ruins of cities founded by him 250 years before Christ.

It was Asoka who founded Srinagari, the ancient capital of  Kashmir with  its’ ninety-six lakhs of  houses resplendent with  wealth. According to Hiuen Tsiang, Asoka settled 5,000 monks in Kashmir which had in earlier  times played a great  part in the traditions of Buddhism. With the three Turkish Kings, Huska, Juska, and Kanishka, Buddhism achieved new popularity  and power. Kanishka, identified with the  great Kushan ruler of north- western India,  held the third great Buddhist council  in Kashmir and withdrew  the northern canon. Hiuen Tsiang on his visit to Kashmir in the seventh century found local traditions about that king .

A  king remembered best in Kashmir is Lalitaditya (724-760 A.D.) , a powerful ruler ‘ asserting his power far beyond Kashmir and the adjacent territories’. With the reputation  of a great builder, of towns  and temples, Lalitaditya ushered  in a glorious period in the history of Kashmir.Writes Stien, “But those among them which can be identified justify by their extant ruins the great fame which Lalitaditya enjoyed as a builder.

The ruins of the splendid temple of  Martanda, which the king had constructed  near the Tirtha  of the same name are still the most striking  object of ancient Hindu architecture  in the valley. Even in their present state of decay they command admiration both by their imposing  dimensions  and by the beauty of their architectural design and decoration.  Kalhana describes at length  the  series of great temples built by the king at the town of Parihasapura which he had founded as his residence.

The numerous shrines and images erected during his reign throw  light on the religious  conditions of Kashmir at the time Buddhism was in a flourishing condition, as it is clear from Ou-Kong  who visited Kashmir  (759- 763 A.D.).

After Lalitaditya, the royalty fell on evil days, and the immediately adjoining  hill- tracts threw off the Kashmir suzerainty in a  succession of weak rulers. From this times the kings  of Kashmir ‘became habituated to looking at the faces of their officials’ for guidance and to following the directions of their  servants.

More than a century passed before the downward process was reversed by another gifted king, Avantivarman (855- 883A.D.), who brought a period of consolidation for the land. Prosperity returned and the king built a large   number of temples as well as the town of Avantipura on the right bank  of the Jhelum seventeen miles from  Srinagar on the Srinagar – Jammu highway, where he built a temple dedicated to Vishnu. ‘During his regime Suyya was known for his engineering operations for the drainage  of the valley and its  irrigation. He built a town which bore his name Suyyapura, the modern Sopore and prohibited by his own authority the killing of fish and birds on the lake. ‘Altogether Suyya stands out as a person hundreds of years in advance of his time. Under Avantivarman, the arts of peace flourished and the rights of humanity were respected. He paid minute attention to everything that tended to promote the well-being of the population.

The next king, Samkaravarman (883-902 A.D.), the son of  Avantivarman,  a great conqueror, robbed what the temples possessed and in his avarice  subjected the people to relentless oppression. The manner in which the king raised the State revenues shows, according  to Stien, that ‘the elaborate system of taxation which was maintained in Kashmir until quite recently, had been fully developed already in Hindu times’.

Then  began a period of civil war, instability, depravity and licentiousness in which intrigue and murder speeded up the succession of kings and pretenders. The people found some relief in Yasakara’s reign whose administration won Kalhana’s esteem for its wisdom, who showed Judicial capacity, for example, in the interpretation  of legal contracts. Ananta (1028-63 A.D.), showed great personal bravery on occasion, but with the passage of time the influence of his able and pious queen Suryamati began to prevail upon him.

After a period of disorders, Harsa (1089-1101A.D.),‘the most striking figure among the later rulers of Kashmir’, became king. He was born from atoms of light, according to Kalhana, and  at the gate of his palace at which people from  various nations presented themselves, the riches of all countries seemed always to be piled up.

Kalhana pictures king Harsa as a youth of powerful  frame and great personal  beauty, courageous and fond of display. He was well – versed in various sciences and a lover of music and art. When his reign began he showed forbearance and adopted a prudent policy. It is worth mentioning that kalhana’s father, Champaka, served as Minister of Harsa, being responsible for the defence of the State’s frontiers. The honest Uccala (1101-11A.D), who succeeded him from kindheartedness allowed robbers to rise to high posts in rememberance, of their past  services, just as the sandalwood tree allows the snakes to climb up on it. He was a liberal king, a capable and fairly energetic ruler, showing considerable regard for the common people.   The Hindu rule, according to Jonaraja, continued for another two centuries ‘though  the princes  were weak and helpless  and material  prosperity of the valley more and more fading.

According to Lawrence the Hindu period, must from certain points of view, have been one of great magnificence. With the plunder of conquest splendid temples and fine public works were constructed, and their ruins show that Kashmir in those days was endowed with noble buildings, while the potsherds of ancient cities on the Karewas and elsewhere suggest that the valley must have been very thickly populated. About the condition of the people little is known, but as Hindus living under Hindu kings their lot must have been fairly happy.