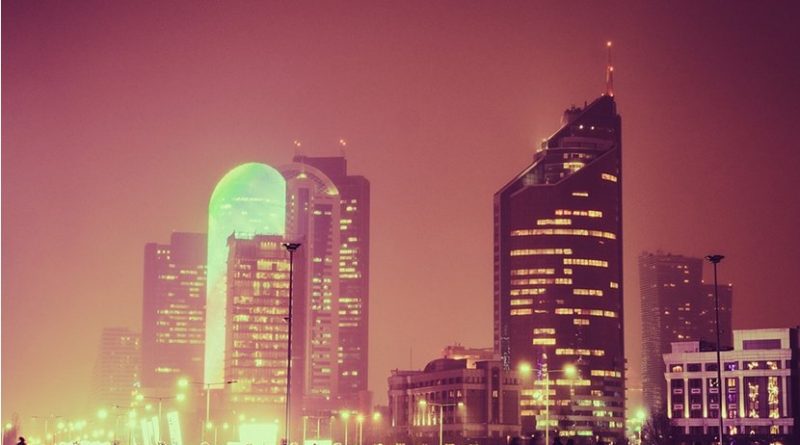 Kazakhstan’s relations with China have strengthened in recent years, not least because of the important role it plays in China’s Belt and Road Initiative (BRI). Yet, the Kazakh government is under increasing pressure to sensitively manage its ties with China and Russia.

For China, Kazakhstan is crucial to its politico-security and economic interests. Sharing a common border of 1,780 km with Xinjiang, Beijing wants to ensure that ethnic, religious and cultural affinities between the Kazakhs and the population in Xinjiang do not adversely affect bilateral relations, especially vis-a-vis Chinese security concerns.

Economically, Kazakhstan is a key node in the BRI; it was not a coincidence that President Xi Jinping announced the BRI in 2013 in Astana (now renamed Nur-Sultan). There are reportedly 55 projects underway, amounting to US$27.5 billion. China is a major player in Kazakhstan’s energy sector, reportedly controlling up to 30% of its oil extraction, and an important trading partner, accounting for 12% of total trade turnover with value amounting to $11.7 billion in 2018.

Tokayev’s Links with Russia and China

The surprise resignation of Kazakhstan’s founding father, President Nursultan Nazarbayev in March 2019, led to Kassym-Jomart Tokayev, the then Chairman of the Senate, being appointed interim president, until presidential elections. Held in June 2019, Tokayev won the elections, garnering nearly 71% of the popular vote.

A former prime minister and foreign minister, Tokayev speaks Russian, Chinese and English. He had worked in the Soviet embassies in Singapore (1970s) and Beijing (1980s). His first foreign visit as interim president was to Moscow in April 2019 where he met President Vladimir Putin and assured the Russian leader of continuity in bilateral relations.

In September 2019, Tokayev undertook a state visit to Beijing as President of Kazakhstan, an obvious effort to reaffirm his country’s relations with China, and optically to uphold a balance between the two powerful neighbours of Kazakhstan.

Kazakhstan’s key geographical position in Eurasia, linking to an extent Siberia to European Russia, its large size (ninth largest country in the world) and its long common border with China, not to mention its vast energy wealth, mean that Russia must pay attention to developments there.

Both countries are members of the Collective Security Treaty Organisation (CSTO), which links a number of former Soviet republics. A recent study of bilateral relations undertaken by Kazakh academics (released in January 2019) noted that despite criticism of CSTO’s “lethargy,” the organisation allowed member countries to exchange intelligence information and purchase Russian weapons “at a lower price which increases stability and predictability in the region”.

Russia is Kazakhstan’s main arms supplier. Moscow also has important military assets in Kazakhstan viz missile testing ranges and the vital Baikonur Cosmodrome which has been the launch site for Soviet and Russian space missions since the beginning of space exploration in 1957.

They are also founder-members of the Shanghai Cooperation Organisation (SCO) which now comprises China, India, Kazakhstan, Kyrgyzstan, Pakistan, Russia, Tajikistan and Uzbekistan as permanent members, and several other countries as observers. SCO’s main objectives are to foster politico-economic and security cooperation.

According to Alexei Borodavkin, the Russian Ambassador in Kazakhstan, bilateral trade in 2018 amounted to $19 billion, an increase of 9% over the year before. Russia is the country’s largest trading partner, with a 19% share of Kazakh total trade turnover. Gross Russian investment totalled $12.6 billion. He observed that almost 70% of bilateral trade and other financial transactions are conducted in their national currencies, another indicator of the close Russo-Kazakh relationship.

The historical and cultural links, going back to the Tsarist era and the common Soviet past, have not been irreparably weakened with the passage of time since the USSR’s break-up in 1991. According to the Kazakh academics’ study, although the Kazakh language was increasingly used in daily life and official proceedings, the Russian language “dominates” in other areas.

Accounting for 23.7% of the population of 18.6 million, ethnic Russians constitute a significant minority in Kazakhstan. Ethnic Kazakhs constitute 63.1%. Many ethnic Russians left the country after the USSR’s collapse, in the wake of growing Kazakh national feeling and the deterioriating economic situation.

Most ethnic Russians live in northern Kazakhstan, bordering on Siberia. Increased emigration by ethnic Russians and reportedly separatist feelings are issues the Kazakh government must contend with. In the process, it is trying to ensure that they do not upset inter-ethnic relations in the country and Moscow’s sensitivities. Russia, perforce, keeps a keen eye on this development.

In 2014, a few months after the annexation of the Crimea, President Putin reportedly remarked that the Kazakhs had never had any statehood, while crediting then President Nazarbayev with creating “a state in a territory that never had a state before.”

Many keen observers in the recent past have been predicting that a growing anti-Chinese sentiment would become an important element hindering the development of Kazakhstan-China relations. Factors like fear of the perceived rise of Chinese immigrants and economic domination are the driving forces in exacerbating this antipathy. Chinese policy in Xinjiang is also viewed with negative lenses. Public protests against the Chinese have manifested itself in recent demonstrations which took place in a number of Kazakh cities. Media reports indicated that Kazakh opposition politicians are exploiting the population’s unhappiness with the Chinese presence in business and development projects.

It is far too early to conclude that Russia’s historical and traditional dominance has taken second place to China in Kazakhstan’s larger scheme of things. Unless President Putin deems otherwise, Kazakhstan’s geostrategic position and other aspects will remain important to Russia.

Judging by Borodavkin’s comment that both countries enjoy “allied relations”, it goes without saying that Russia will devote the necessary resources to ensure that relations with Kazakhstan remain stable and mutually beneficial. At the same time, China’s assertive role in the Kazakh economy will exert pressure on President Tokayev and his government. He has to take a more sensitive approach in managing his country’s relations with China and Russia.