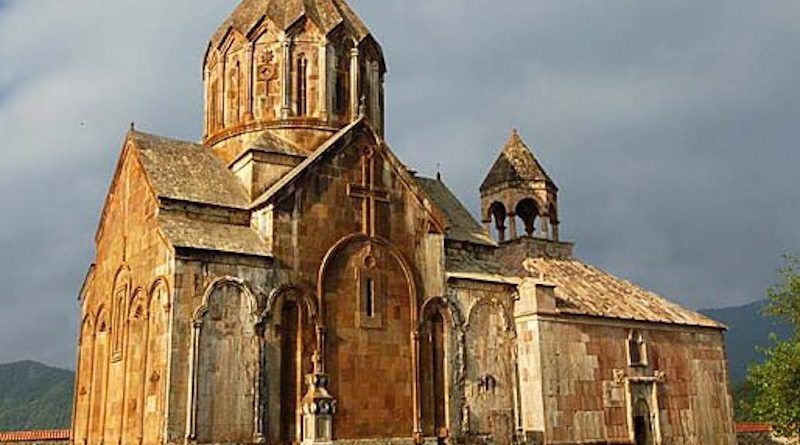 It is one of the oddities of the human condition that many observers often become far more upset with the destruction of physical monuments than they do about the killing of thousands of people, something those involved in dealing with churches and other monuments when political control of a territory passes from one side to another in a conflict.

Far more ink has been spilled and angst sparked by the Taliban’s destruction of Buddhist monuments, for example, than by that movement’s killing of thousands upon thousands of innocent civilians in areas it has seized control of. Obviously protecting monuments is important, but it is only one challenge in such situations.

Any defacing let alone destruction of monuments can often be used more effectively than almost any other issue to redefine a conflict from a political to a cultural and religious one and change the attitudes of outsiders toward those who commit such crimes and those who their victims.

But more immediately, attention to this issue can be used to promote mission creep if outside forces are involved, with the powerful preservationist community urging the leadership of the country supplying peacekeepers to assume responsibility for the protection of religious shrines pending the arrival of international monitor.

That appears to be happening in the case of Karabakh where prominent Russian and international preservations have sent an open letter to Vladimir Putin asking that he direct the Russian peacekeepers to assume responsibility for preserving churches in Karabakh and surrounding areas (archnadzor.ru/2020/11/16/spasti-karabahskie-pamyatniki/).

Protecting such churches is a worthy goal, but this is a classic example of mission creep. And there is a great danger that the entire issue is going to be used to recast the conflict between Armenia and Azerbaijan as a religious war with Christians in Russia and the West lining up on Armenia’s side against “Muslim” Azerbaijan (ng.ru/ng_religii/2020-11-17/9_497_karabakh.html).

Three days ago, Putin told Azerbaijani President Ilham Aliyev that Armenian Christian churches and monasteries in the region must be allowed to function normally. Aliyev agreed that his forces would act in that way (sputnik-abkhazia.ru/politics/20201114/1031287756/Putin-provel-peregovory-s-Alievym-i-Pashinyanom.html and rbc.ru/politics/15/11/2020/5fb050989a7947b7d6763b2b).

The Kremlin leader’s remarks followed complaints about the shelling and then desecration of an Armenian church in Shusha (https://snob.ru/news/nagornyj-karabah-glavnye-sobytiya-16-go-dnya-konflikta/ and https://snob.ru/news/arhitektory-poprosili-putina-otpravit-rossijskih-mirotvorcev-ohranyat-pamyatniki-kulturnogo-naslediya-v-nagornom-karabahe/).

This may seem to some a side issue, but Azerbaijani forces and returning Azerbaijani IDPs would be well to remember that given international concerns about the protection of churches, it is anything but and that Azerbaijanis may suffer significant political losses if they do not do everything in their power to protect these churches.

If they don’t, it is clear that some in Moscow will be ready to press for an expansion in the mission of the peacekeepers and invoke any moves against these Christian facilities as justification, entirely confident how the Russian and international media will treat such cases.

An international team of geologists, headed by members of the University of Bern, has shown for the first time that the