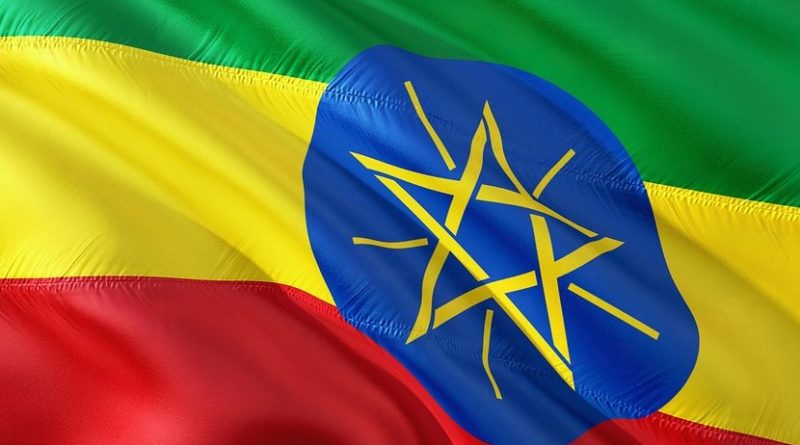 If COVID-19 proved to be an inadequate challenge, then Ethiopia has created another major challenge for itself. At the most inopportune time, a civil war situation is brewing in an otherwise stable and rapidly growing country. Up until a few months ago, the main threat Ethiopia faced was over the Grand Ethiopian Renaissance Dam (GERD), in which it was in conflict with Egypt over water flows and was facing pressure from the USA, including the threat of suspension of aid. Then Tigray happened.

Undoubtedly, no government will countenance a takeover of military command by one of its States. It must remain in control over the military situation as also the political circumstances.

Since 1991, the government had been led by the Tigray People’s Liberation Front (TPLF), which formed the Ethiopian People’s Revolutionary Democratic Front (EPRDF) with like-minded parties from the other major regions like Amhara,(Amhara National Democratic Movement or ANDM, now Amhara Democratic Party or ADP) Oromia  (Oromo Peoples’ Democratic Organisation or OPDO, now Oromo Democratic Party or ODP) and the southern province (Southern Ethiopian People’s Democratic Movement or SEPDM). The TPLF was the victor in the liberation war along with Eritrea’s current ruling party, with whom it later came into conflict. The TPLF is a battle-hardened group which fought for 17 years against the Derg never knowing whether victory will ever come its way.

TPLF was the core of the ruling party, which remained in power till the untimely demise of its visionary leader Meles Zenawi in 2012. Thereafter, the leadership shifted to Hailemariam Desalegn from the SEPDM, but the largest populations of Oromia and Amhara remained in senior positions though not in control.

By 2018, Oromo factions fanned the flames of regionalism challenging the way Ethiopian federalism had worked over the years. That year, the government ceded power to the Oromia leadership of Abiy Ahmed (a protestant with a Muslim name), in an effort to stem the rise of divergent and violent aspirations among Oromos. This effort has proven to be unsuccessful, since various factions of Oromia think their Prime Minister has not done enough for them. Similarly, the Amharas—who have also supported the devolution of power away from Tigray—have suffered from competing regionalism and parochialism. The numbers killed in the last two years in civil strife in Ethiopia is shocking for a country which had been peaceful for nearly 30 years. The ‘law and order’ action in Tigray is the latest salvo to disrupt that.

Among the successes of the post-1991 Ethiopia was its Federal Democratic Constitution. Meles Zenawi supported a development State within the Constitution. The EPRDF provided a link to unity in diversity. Meles thought that Ethiopia could never continue as a unitary state and needed to recognise ethnic and religious diversity. The differences between city dwellers, pastoralists, and highlanders were all given space. His Command State and Economy with democratic characteristics did not meet the demands of Western donors but Meles remained steadfast that he knew his country best. He was moving out of a command economy into a market economy and from a one-party system to a multi-party democratic system, Meles was very proud when he told me in 2007 after the Forum of Federations meeting in Delhi that unlike Yugoslavia and the USSR in 1991, Ethiopia survived and even accommodated the peaceful secession of Eritrea.

In the post Meles scenario in 2012, the leadership shifted to Hailemariam Desalegn, the then Deputy Prime Minister. A transition ensued with senior leaders of the Meles period appointed Ambassadors. The younger ministers introduced by Meles in 2010 took on more responsibilities. Hailemariam led the EPRDF with a careful balance and to an election victory in 2015. This gave him his own legitimacy.

By 2018, the slow reforms led to an outpouring of sentiment particularly in Oromia which resisted the expansion of Addis Ababa into larger Oromo lands. The counter reaction by the State was strong, as per tradition, and blamed on the Tigrayan hold over the security apparatus. The upheaval was strong enough for the EPRDF to bring about a generational change and place an Oromo in charge. Thus, a real shift took place with a youthful former military man, Abiy Ahmed, as the Prime Minister in 2018.

The reformist agenda that Abiy initiated created a groundswell of expectations. Political prisoners were freed, media was free, the security establishment altered. Eritrea was wooed and won over. It appeared that Ethiopia was on its way to a new revival.

The Western community welcomed the changes which they always held as the panacea for Ethiopia and which Meles resisted and implemented at a slow pace. The TPLF saw these as anti-Tigray moves, since these were conducted without consultation with them. The security sector reform, the anti-corruption crusade and the rapprochement with Eritrea were seen as efforts to hem the TPLF in. The Nobel Peace Prize for these efforts sowed the seeds of deep-rooted suspicion in the TPLF.

The raucous response to the reforms and release of political prisoners saw large numbers of alternative formations emerging in Oromia and Amhara. These caused unrest and ethnic clashes. Soon the government clamped down, arrested political opponents, curbed the internet and the press, and feared a steady loss of support. The only party which remained strong was the TPLF, while the OPDO of Abiy and the ANDM of current Deputy PM and Finance Minister Mekkonen were challenged in their States. Tigray also averted violent incidents which trammeled Oromia, Amhara, Somali and Benishungul Gumuz (where the GERD is being built). Suddenly, the political capital of the Addis Ababa government seemed depleted.

In November 2019, the decision to merge the coalition parties of the EPRDF into a united Prosperity Party saw three parties acquiesce with Abiy’s . The TPLF refused. All their ministers were evicted from the Government and for the first time since 1991, the TPLF was no more in power.

They quickly abandoned Addis Ababa and went to regroup in Mekelle their capital. I see this as a political error, but Tigray leaders told me that they feared for their lives and the current action proves that these fears were not unfounded. Their leader, Debretsion Gebremichael, was a Meles confidant but not a minister. He was the head of the Ethiopia ICT Development Agency and was instrumental in implementing the Pan Africa e-network Project with me in 2007. He was a clearheaded and strong administrator who knew how to get things done.

All former Tigray ministers moved to Mekelle as did the demobilised Tigray soldiers from the military and the Federal police, which had provided security to Ethiopian development. Without them, the capabilities of the new armed forces are untested. Officers who were part of United Nations Mission in Ethiopia and Eritrea (UNMEE) till 2008 have shared the apprehension that without Tigrayan forces and leadership, the Ethiopian military is not what it used to be when they entered Somalia in December 2006 in response to the takeover of Mogadishu by the Islamic Courts Union.

Old Addis Ababans, who have seen the peaceful growth of the country, believe that an impetuosity is afflicting decision-making in Addis Ababa since the current leadership was not part of the struggle for Ethiopia’s freedom or constitution making. More strenuous efforts to provide political space to the more populous people, without punishing Tigray or ignoring the smaller regions like Gambella, Benushungul Gumuz, Afar and Somali—where insurrection has occurred from time to time—are preferred. Meles had believed that there is a balance required between political demands. Tilt too far towards unity and stifle diversity or go too far towards diversity and the centrifugal forces would react, which threatens the ethnic federalism of Ethiopia.

International observers are taken aback at the pace of events and their consequences. Where unity is the trend, Covid19 the main enemy and the shrinking economy challenging Ethiopia’s rise, the civil war is seen as unnecessary and unaccommodating of mutual aspirations. But the humanitarian angle is the most important for now. My interlocutors tell me there is enough food stock in Tigray for several months but the refugees pouring into Sudan will be a challenge.

The Elders of Ethiopia and the Reconciliation Commission of 2019 and civil society need to once again take upon themselves reconciliation efforts as older politicians appear marginalised in decision-making. The USA sanctioned Addis Ababa over the GERD and thus its influence on the government seems weak for now. The Chinese are the most influential but are unlikely to seek a political role to avoid jeopardising their economic hold. The Arab countries, active in the region, are the most likely to step in but then their engagement with a strongly Orthodox Christian Tigray will be uneven. Meanwhile, the Government is intent on military suppression and will not seek mediation or conciliation till Tigray is subdued. Tigray leaders say the world will see how they can resist.

Abiy’s supreme challenge for a new Ethiopia is to build an inclusive coalition for change. This needs restraint, patience and persuasion. His enthusiasm for Ethiopia needs nurturing and mature advice. And as Meles believed, a good federal balance among interests of ethnicity and religions is an imperative requirement. Bleeding one’s own country is out of step with this effort.

One thought on “Ethiopia: An Unnecessary War Over Federalism – Analysis”