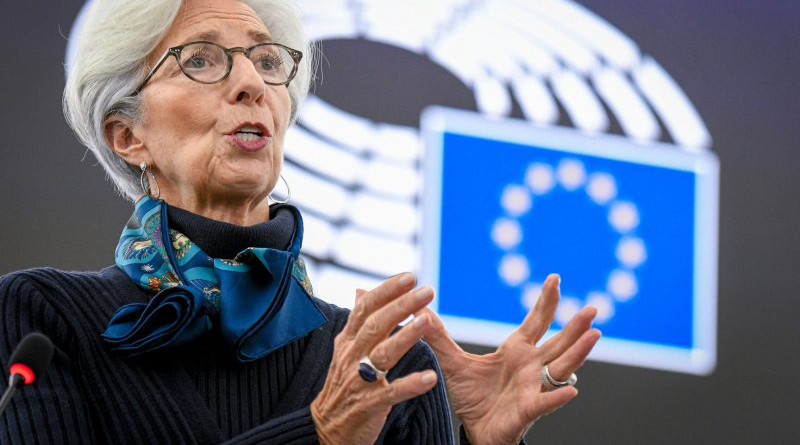 Members of the European Parliament (MEPs) quizzed ECB President Lagarde about the bank’s policies going forwards, how to factor in climate change, and looming high debt as a result of the pandemic

Thursday’s meeting was the fourth and last time that MEPs will meet with President Christine Lagarde in 2020.

Opening the discussion, Ms Lagarde struck a downbeat tone on the EU’s economic prospects due to the continued effects of the pandemic. She also insisted, however, that the ECB’s standard tools and those specifically put in place to cope with the exceptional situation, together with other actions at EU level, had been very successful in preventing a much worse situation. Ms Lagarde also insisted that member states needed to run a public investment led stimulus of the economy.

Although MEPs were broadly in agreement that the exceptional times called for exceptional action, some worried that the ECB was coming close to overstepping its mandate, while others argued that it was urgent for the ECB to consider using additional tools. This difference in approach also concerned the question of whether the ECB should specifically target climate change, notably by purchasing more green bonds.

MEPs also worried whether the easing of the conditions linked to the ECB’s targeted longer-term refinancing operations (TLTRO) programme had become another way to finance banks rather than meeting its original purpose – that of facilitating lending to the real economy.

In light of the prolonged downturn, some MEPs questioned the role of the stability and growth pact in its current format, whereas others asked Ms Lagarde whether debt should be cancelled in some form. Finally, the recent blocking of the EU’s long-term budget by Hungary and Poland was also brought up by MEPs, who hinted that the ECB’s governing council could have reason to look into potential negative repercussions on the Eurozone economy.