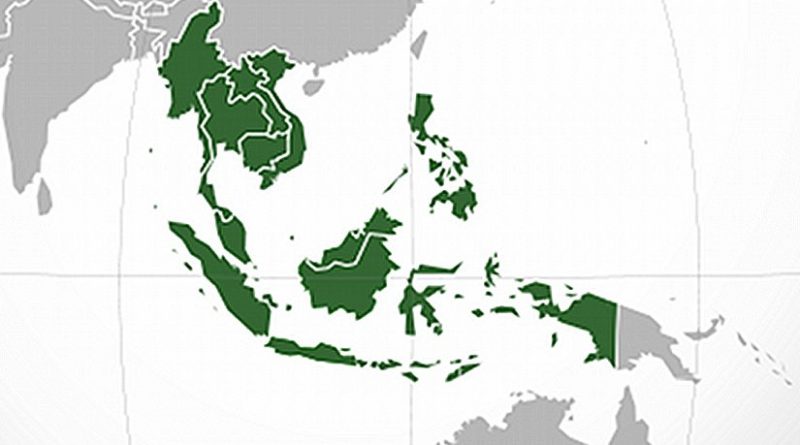 A spate of natural disasters in Southeast Asia has underscored how vulnerable the region is to climate change. While regional militaries are often called on to address the security ramifications, few pay attention to the impacts of climate change at the strategic, institutional and operational levels.

By Evan A. Laksmana

FOLLOWING the recent “triple disaster” in Indonesia—the flooding in Papua, the tsunami that hit the Mentawai islands, and the volcanic eruption in Central Java—some are wondering whether climate change will increase the intensity and frequency of similar events in the region. The Singapore-based Economy and Environment Programme for Southeast Asia (a project under the International Development Research Centre of Canada), for instance, has shown that the Philippines, the Mekong River Delta in Vietnam, Cambodia, North and East Laos, the Bangkok region, as well as West and South Sumatra, West and East Java are all highly vulnerable to the impacts of climate change.

A 2008 issue of the journal Disaster Prevention and Management also noted that natural disasters in Southeast Asia had claimed the lives of nearly 343.000 people between 1900 and 2007 and costing economic damages up to USD 46 billion. These depictions alone however do not provide the entire picture of climate insecurities in Southeast Asia. But climate insecurities will likely impact regional defence forces in the long run through two inter-connected pathways.

Firstly, climate change will act as a “burden multiplier” that will strain and complicate pre-existing environmental tensions and pressures of regional and domestic ‘natural security’: the sufficient, reliable, affordable, and sustainable supplies and access to natural resources. In Southeast Asia, freshwater availability will diminish by the 2050s. And in Asia overall, as much as half a billion people could be suffering from serious water shortages due to climate change by 2025.

Water scarcity will also exacerbate climate-induced prolonged drought and flooding — which will often be followed by the depletion in food resources, especially when extreme weather events and changes in regional hydrological cycle comes into the picture. Historically, the combination of temperature fluctuations and reduced agricultural productions has been linked to the frequency of warfare in Europe, China, and the rest of the Northern Hemisphere over the last millennium.

Climate change will also further strain energy security at a time when, according the Asian Development Bank, Southeast Asia’s primary energy demand will increase from 492.1 MTOE (Million Tonnes of Oil Equivalent) in 2005 to 988.2 MTOE in 2030 while its net oil import dependency will increase from 29.6 percent to 71.9 percent.

Over time, when regional governments are unable to address these pressures, widespread socio-economic grievances and political unrest could ensue. At best, the government’s legitimacy will be thrown in doubt. Furthermore, in places where radical extremist groups are still operating, such grievances could provide them with a ready pool.

Under these conditions, the military’s operating environment will be altered. For example, they could be more frequently called to handle domestic security disturbances, while simultaneously being tasked with “regime maintenance” and humanitarian assistance and disaster relief.

Secondly, climate change will act as a “threat multiplier” that will either exacerbate existing intra and inter-state conflicts and tensions, or create new ones in the future. The confluence of maritime piracy, illegal fishing, and choke-points vulnerabilities in Southeast Asia already complicate historical animosities and unresolved maritime disputes. These fault lines of conflict could be exacerbated as climate change further strains regional natural security.

The case of the South China Sea epitomises this complexity. Already a highly contested geostrategic waterway suspected of having large oil and gas reserves and abundant marine resources, climate change will make the conflict more volatile as disputant countries will increasingly toughen their stance in an effort to secure their energy sources. Rising sea levels could also submerge several atolls in the South China Sea — making it even harder to determine the Exclusive Economic Zones of the disputants. Indeed, some of the low-lying atolls are already partially submerged.

Under these conditions, as the potential for domestic instability increases, regional defence forces will also be asked to address possible contingencies involving maritime conflicts over energy, border, or marine resources. When naval build-up ensues, regional mistrust could grow.

As a result of the projected impacts of climate change, the operating environment of Southeast Asian defence forces will grow more complex, especially as it relates to maritime boundary disputes, domestic instability, transnational threats, and energy security. Additionally, geopolitical conflicts involving extra-regional powers will be more likely when it involves a strategic waterway like the South China Sea. These conditions suggest that pre-existing strategic assessments and outlook of many regional defence forces that focus either on external or internal threats alone might need to be revisited.

Institutionally, as climate change shapes a new complex environment, a new kind of defence force is needed — one that is more flexible and capable of executing multiple missions simultaneously, from handling social unrest to providing disaster relief and anti-access operations. This entails an overhaul of their training, education, equipment, and Orders of Battle.

Also, as climate change begins to affect energy security, it will shape the length and duration of military missions. Higher fuel prices combined with gas-guzzler military machineries for example could reduce operational tempo. Taking into account all these possible strategic implications of climate change, a systematic assessment of the subject is no longer merely the purview of environmentalists and scientists.

Evan A. Laksmana is a researcher with the Centre for Strategic and International Studies, Jakarta, and an adjunct lecturer at the Indonesian Defence University. He was until recently a Visiting Associate Fellow with the Centre for Non-Traditional Security (NTS) Studies, a constituent unit of the S. Rajaratnam School of International Studies (RSIS), Nanyang Technological University.

Home » Climate Change and Regional Defence Forces: Is There a Connection?