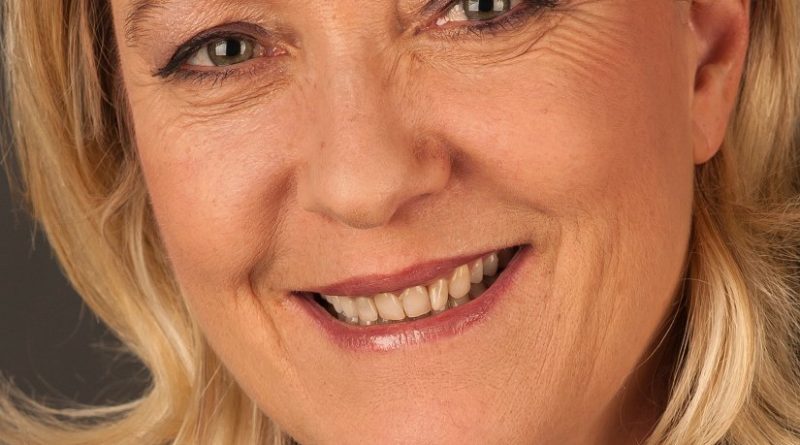 The western concept of freedom of expression is not a call for hatred or a given right to offend religions or religious symbols.

When we talk about the need to combat the growing religious intolerance, then we must start by rejecting extremism from all parts and refusing radical thoughts by promoting inter-religious dialogue among believers and eliminating generalizations.

Troubled personalities usually suffer from internal conflicts so they can’t wait to release their negative energy against people in different ways. In this context, feelings of hatred, enmity and racism don’t differentiate between educated and ignorant people. These people don’t believe in diversity and think that they own the absolute truth, thus attack every different opinion driven by narcissism.

One of those characters is Marine Le Pen, the president of the National Front Party, who represents the Nazi ideology. She holds extremist views and is confrontational with racist viewpoints about Muslims and immigrants, keeping our world prone to racial and religious conflict.

The danger of having such people at the top level in democratic states is extremely high, as they could push the state into an unpredictable direction.

It’s unfortunate that such voices who denounce coexistence still exist at a time when the world is heading toward moderation, understanding and respect of faith.

This racist woman heads a party, which is known for its extremist ideas and opposition to minorities’ rights. She even suspects the loyalty of French Muslim citizens and calls for excluding them.

Her racist Nazi party has disastrous visions for the future of France as it calls for the separation from the European realm and its economic, financial, military obligations, and the Schengen agreement as well as preventing immigrants influx and stopping the building of mosques. In other words, their project is a coup against enlightenment, the French civilization and its system of freedom and human rights and justice, which Paris has exported to the world.

Le Pen’s ideas are no different than those of the right-wing Dutch parliamentarian Geert Wilders whose anti-Islamic views are so blunt that he described the Holy Qur’an as a fascist book and called for imposing a ban on it.

This chauvinistic man is leading “The Party for Freedom” and is an example of a psychologically ill personality that only knows racism.

The good news is that the French voters became more aware in the second round of elections. They have failed Le Pan’s project recalling the dark period of the Nazi occupation to their lands. The French people know that her views are not to protect the national sovereignty but to spread hatred and racism as attacking faiths is against the values of ancient France.

These views don’t fall under the freedom of expression, which everybody agrees is sacred and guaranteed by the international agreements. People, and more importantly politicians, should never lead their nations to confrontations.

The freedom of expression in the West is not a call for hatred or attacking religious faiths.

In short, the ideas of neo-Nazism in France threaten enlightenment in Europe.

The Le Monde newspaper described Le Pen’s party as a serious threat to the country, saying that the party’s ideology is in violation of the values of the country, the nation, and the image of France in the world.

The writer is a member of the Shoura Council.