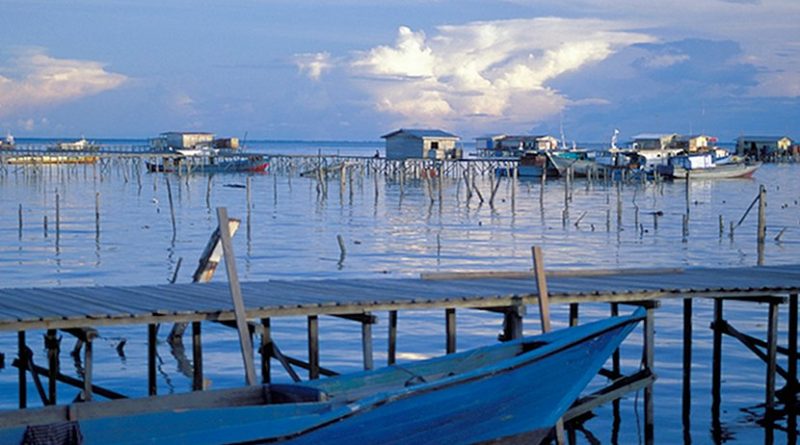 Home and boats on the water. © Curt Carnemark/World Bank

Six counties in Kenya’s coastal region have been tagged for technical training in the blue economy – what some have called “the new frontier of the African Renaissance”. The goal is to enable young people to find jobs in the maritime industry.

Kevit Desai, a Kenyan vocational training principal, says institutions of higher learning must begin to focus on developing skills, nurturing innovations and enterprise creation for this “overlooked opportunity”. He suggested a post-Blue Economy Conference workshop to create awareness and enhance community participation in this vision for the future.

The topic prompted the World Bank last year to release a report titled The Potential of the Blue Economy on Sustainable Use of Marine Resources for Small Island and Coastal Least Developed Countries.

“An important challenge of the blue economy is to understand and better manage oceanic sustainability,” the report began, “from sustainable fisheries to ecosystem health to pollution.”

After years of neglect, the multilateral community is finally waking up, writes David Thomas of African Business. “Policymakers are excitingly speaking of job creation, new sources of government revenue and the limitless potential of ocean entrepreneurship.”

But the initiative is also worrying to those who see a ‘global ocean grab’ by the rich and powerful, deciding who shall benefit, who should decide how much to fish and where. A drive for maximum profit is underway and small-scale fisher people fear a global ocean grab is in the works.

Multinational corporations, states, NGOs, speculative investors and many others are behind a ‘power grab’ to gain control of aquatic – ‘blue’ – resources, critics charge.

A recent report on Ocean Prosperity speaks optimistically of the potential for profit: “The transition to a blue economy is a tremendous economic and investment opportunity,” they write, “and this report will help investors understand the risks and opportunities for making money from ocean resources.”

The rise of blue growth represents the latest stage in a move by powerful economic actors to control crucial decision-making – including the power to decide how and for what purposes marine resources are used, conserved and managed.

Guided by the World Bank and similar institutions, an increasing number of African countries are now embracing the blue economy for its potential to deliver solutions to their most pressing needs – particularly extreme poverty and hunger.

Fishing sits at the forefront of debates about how to make the most of the blue economy while preserving a fragile ecosystem, observes Jeremy Prince of Murdoch University’s Centre for Fish and Fisheries Research in Perth, Australia.

Support has been promised to the African Union from the Economic Commission for Africa to ensure that the untapped potentials of the blue economy are fully realized.

Home » Africa’s Blue Economy Or A Global Ocean Grab By The Rich? – Analysis