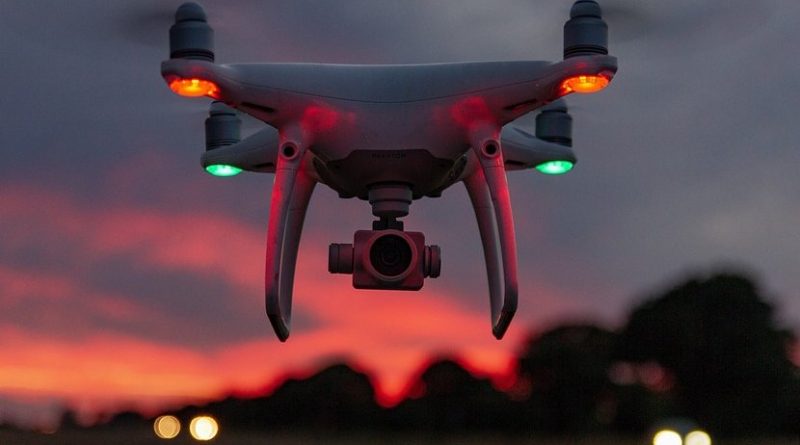 Thermal-sensing cameras mounted on drones may offer a safer and more cost-effective way to locate nests of the elusive European nightjar in forestry work and construction areas, according to new research presented at the British Ecological Society’s annual meeting in Birmingham today.

Ecologists from Cardiff University recently conducted a pilot study in Bryn, a Natural Resources Wales managed conifer plantation in South Wales, to test the suitability of drones to detect nest sites of the protected European nightjar.

“The current methods of searching for nightjar nests on foot are expensive and can pose a health and safety risk for people, particularly when accessing clearfell worksites”, said Mike Shewring, a PhD student at Cardiff University.

“Nightjars are camouflaged to look just like a fallen log or dead wood. They nest on the ground and ‘sit tight’ when approached to avoid detection, which makes it nearly impossible to spot them during the day when they are inactive”, he added.

To test the new method, the team used the drones to take thermal photographs at nest sites, where observations and radio tracking previously showed European nightjars were breeding between May and August. Images were taken at various heights (10, 20 and 50 metres) at dawn, midday and dusk. The nests were observed from a distance to see if the drones caused any disturbance.

From the photographs, the researchers could detect nests due to the high temperature contrast between the nightjar’s body (40°C) and the colder background area. Images taken at 10 metres and during cooler times of the day (dawn and dusk) proved most useful. The known elevations at which the drones were flown allowed the team to estimate the body size of the nightjars to confirm the species.

“Our preliminary findings demonstrate the potential of drones for surveying nightjars during their breeding season, allowing forestry managers to locate nests more accurately and plan their works adequately. This methodology could also have wider applications, since it could technically be adapted to detect any warm-blooded species”, commented project supervisor Dr Robert Thomas.

All nightjars sat tight on their nests during the drone flights, as they usually do to avoid being detected by predators.

“We don’t know whether the nightjars perceived the drones as a predator. This would be interesting to explore in future studies to ensure that the sight and sound of drones don’t have any negative impacts on the birds’ stress levels or metabolism”, Shewring concluded.

ARC Power, a British Startup, is currently helping Rwanda, a member of the Southern African Development Community (SADC), with Solar