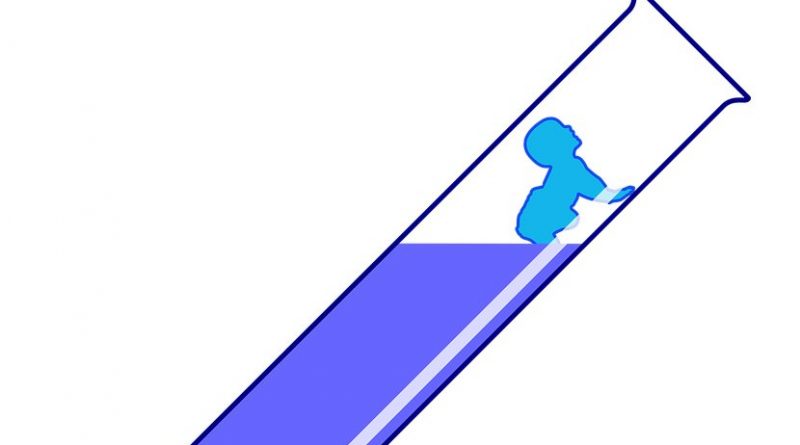 Recently, the announcement that a scientist in China has apparently created gene-edited humans caused widespread panic and concern. Twins from two embryos that had an altered genetic segment (for mediation of potential future disease), using a relatively new technique called CRISPR, were born. Many of the responses to this event are telling in ways that the responders, mainly scientists and ethicists, may have not considered.

First of all, it’s interesting that the supplies and knowledge to perform an act of specific gene editing seem to be commercially available and well understood. This combined with the ability to isolate the natural materials for human reproduction, namely sperm and eggs, and perform in vitro fertilization with them to eventually produce a human with an altered genetic code has some calling for a moratorium on these activities. Indeed, the rise of “citizen scientists” seems to be a threat to the scientific establishment. The scary and ill-defined term “designer babies” is back being thrown around during these discussions, which often miss larger points of consideration.

Let’s touch on the use of scary-sounding terms like “designer babies.” Whenever a human embryo has been selected using genetic techniques, such as determining if an embryo carries an abnormality, these practices fall into this category. Interestingly, this doesn’t seem to cause as much concern, even though it may mean selecting embryos (meaning that others, potential people, are discarded) to avoid disease states, as using this technology to produce children with pre-selected gender, eye color, hair color, intellect, or other desired traits. This is where the concern seems to lie.

The fact that this is very much how normal human reproduction often works seems to have been lost in the debate. As long as humans have been around, people have selected their mates based on external and internal characteristics, such as all these things previously mentioned and more (and certainly some that cannot be categorized or defined). Even when a pregnancy is “unplanned” or out of wedlock, there is almost always some level of biological selection that had occurred beforehand. And this selection process will have important impacts on the characteristics of the resulting child or children. To some degree, all babies are “designer babies”. The other way of doing it is to have some group of people decide who gets to have children, or to have it happen “randomly” through assignment – some version of this controlled by someone other than you. I’m not sure whom I trust to have that much responsibility over humanity.

That it seems to be at least somewhat acceptable to screen embryos (or sperm or eggs cells) for signs of disease before use, but not to use these gene-editing techniques to fix (or attempt to fix) or minimize disease, is also telling. The scientists in China did, in fact, attempt to do this, but it’s been called unnecessary because other treatments already exist . Is it the position of these naysayers that new technologies, and treatments to alleviate human suffering from disease, are no longer necessary because current treatments exist? Strange indeed from “open-minded” scientists.

Of course, these are important issues, and luckily for us, we already have the framework of private property rights and individual sovereignty that would work just fine. If we are unable to start from a premise that each individual owns his or her own body, that seems like a major problem to me. If each individual does not own his own body, who does? The issue of children also raises questions that have been dealt with for thousands of years — babies need constant care, children need guidance as they are growing up, and at some point, they become adults, with their own natural rights and bodily ownership. All of this has been covered before by many, including Murray Rothbard (in chapter 7) and Josiah Warren. And, it should be stated that, in this particular case, parental consent was apparently obtained before any of this happened.

The language used to oppose gene-editing technologies with humans is also very telling. For example, a group called the Center for Genetics and Society has long been involved in encouraging “responsible use and regulation of new human genetic and reproductive technologies.” This group has called for an international moratorium on human embryo editing, stating “We’re living in a time when racism and socioeconomic disparities are increasing dramatically” and “The last thing we need is for some biological procedure to fuel the false idea that some groups are biologically superior to others.”

These are certainly all valid concerns. But, if we look back at past statements made on behalf of this group, it becomes a little more clear what they are after. Speaking against state-enforced patent protections for genetic materials (rightly so, because it means that a corporation can, strictly speaking, own a small piece of a person, and often many people), the following murky case was laid out with these initial statements:

Beyond U.S. patent law lie broader questions: Should we treat human genes as private property to be exploited for profit rather than shared resources managed in the public interest? Should we allow corporate ownership to penetrate deeply into areas previously considered outside the commercial realm?

So, considering genes, components that make up who and what we are, as privately owned is negative because they are “exploited for profit,” but having them treated as “shared resources” that are “managed in the public interest” is perfectly fine? Again, who do you trust to be the “manager” if not the individual?

This editorial closed with the even more confused statement, “….it (outlawing human gene patents) would restore our genomic heritage, the very DNA in our bodies, to the rightful owners — the people.” So, putting all this together, everyone has their own DNA, but “the people” somehow need to “restore our genomic heritage” by banning techniques to alter the genes that we somehow all share together?

Even so (and perhaps in light of all this confusion), calls for “oversight” in the US by National Institutes of Health have already begun, even though this appears to be illegal at the US federal level already. Rather than more bureaucratic layers and “sharing” of genetic material, property rights, individual sovereignty, and norms associated with child rearing will work just fine, thank you.