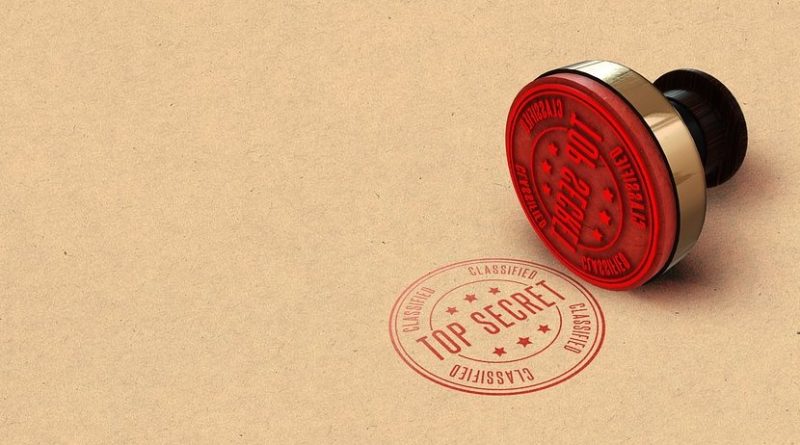 Following the allegations made by Archbishop Carlo Maria Viganò about the case of Archbishop Theodore McCarrick, many have called for official Vatican files on the former cardinal to be released. While this may seem like the easiest way of assessing the truth of Viganò’s claims, many of the documents in question could be protected by the “pontifical secret.” But what is that?

The pontifical secret, also sometimes called papal secrecy, is a rule of confidentiality protecting sensitive information regarding the governance of the universal Church. It is similar to the “classified” or “confidential” status common in companies or civil governments.

While the use of the English word “secret” in relation to Church documents and processes is often invoked dramatically, the term is actually taken from the Latin word “secreto,” which simply means “confidential.”

According to the “Secreta continere,” a canonical instruction issued by the Secretariat of State in 1974, those bound by the pontifical secret take an oath at the beginning of their service in the Curia or the diplomatic corps, promising to “in no way, under any pretext, whether of greater good, or of very urgent and very grave reason,” to break the secret.

Materials covered by the pontifical secret include diplomatic communications made between the Vatican’s nunciatures around the world, but also apply to a range of other subjects. These include private dossiers and recommendations on priests and bishops being considered for promotion. Controversially, the secret also covers penal processes concerning major crimes handled by the Congregation for the Doctrine of the Faith, including cases involving the sexual abuse of minors.

The reasons why the secret is applied to different materials depend upon the circumstances. Private communications between what are effectively papal embassies and the Vatican’s Secretariat of State are protected by confidentiality in the same way, and for the same reasons, that other diplomatic correspondence is kept classified. Files pertaining to bishops or prospective bishops are handled in much the same manner as confidential personnel matters are treated in companies or other institutions.

In judicial cases, the secret is meant to protect the privacy of victims, the good name of the accused (at least until they are convicted), and even the confidentiality of the accusers, who might be under the authority of someone under investigation.

Concerning the case of Archbishop McCarrick, Vatican files could conceivably contain materials covering all of these categories. In addition to possible penal processes and the circumstances surrounding his various promotions – including what was known about his behavior at different times – records could also concern any work undertaken by McCarrick as a papal envoy in different places including, for example, China.

As the name “pontifical secret” implies, it is only the pope – or someone empowered by him – who can dispense from it. Those hoping for curial officials to act on their own initiative, even for the supposed good of the Church, are likely to be disappointed. If they were to do so, they could find themselves subjected to disciplinary measures in the same way that any government official might if they were to release classified documents without authorization.

The seriousness of any violation of the secret by curial officials in relation to McCarrick’s case would depend on the nature of the material disclosed.

Fr. Pablo Gefaell Chamochín, a canon lawyer and professor at the Pontifical University of the Holy Cross in Rome, told CNA that if a person is judged to have acted in violation of pontifical secrecy, he or she could be subjected to punishment.

Pointing to the Secretariat of State’s instruction, Gefaell said, “if the violation of pontifical secrecy becomes known, a penalty proportionate to the wrongdoing and the damage it causes could be inflicted by the competent dicastery.”

Canon law does not establish a specific penalty for a violation of the secret. It would be left to the discretion of the competent Vatican authority to decide what the appropriate punishment would be for a particular violation, Gefaell clarified.

Regarding the potential release of any documents relating to Archbishop McCarrick, potentially held either at the apostolic nunciature in Washington, D.C. or at the Congregation for Bishops in Rome, it is Pope Francis alone who could order their effective declassification.

Until the pope decides otherwise, it is unlikely that Vatican officials bound by oath to observe the secret will be making any new documents available.