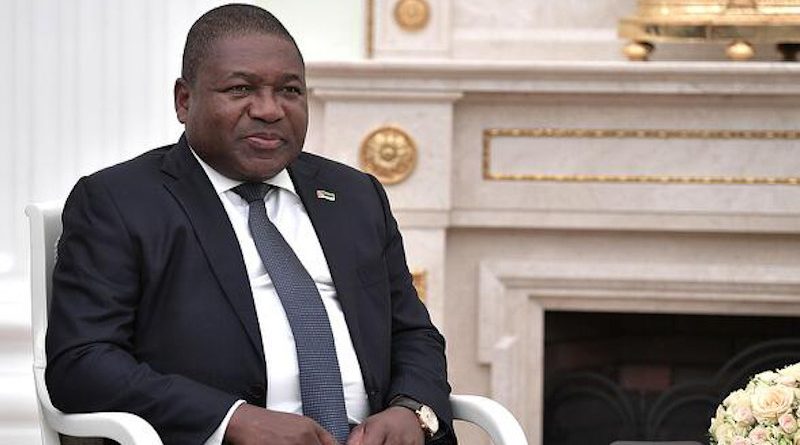 If Mozambique at last accepts regional support, SADC must heed the hard lessons learned elsewhere on the continent.

On December 14, Mozambican President Filipe Nyusi convened a meeting of the Southern African Development Community’s (SADC) Troika of the Organ on Politics, Defence and Security to discuss the situation in Cabo Delgado.

The meeting, attended by the presidents of South Africa, Botswana and Zimbabwe as well as Tanzania’s deputy president, didn’t agree on a specific role for SADC. Instead, the main decision was to hold an extraordinary SADC summit in January 2021 to discuss the issue further.

The lack of a concrete plan is symptomatic of Mozambique’s resistance to any kind of external support that may lead to multilateral foreign intervention in the country. But the January meeting is a sign that Mozambique may at last be willing to discuss regional support.

SADC is faced with a conundrum. On the one hand, it must respond to the unfolding humanitarian catastrophe in Mozambique, which it condemns as terrorism. On the other, it seeks to protect Mozambique’s sovereignty and won’t intervene unless asked to by the government. Up to now, Mozambique has only requested SADC to provide military supplies.

The Southern African region has never experienced terrorism of this scale in its post-colonial history. The intensity of the attacks shows the violent extremists’ determination to carve out part of the country for themselves to establish a caliphate, or safe haven, from which to plan and execute further attacks in Mozambique and the region.

This is not a crisis that one country can solve alone. Nyusi has announced his intention to eradicate the violent extremists but his government has been unable to do so for the past three years. Each passing day strengthens extremist resilience and complicates the liberation of Cabo Delgado and the millions of Mozambicans at risk. SADC must lead a regional response.

Any intervention must draw lessons from other African regions such as the Sahel, West Africa, North Africa and East Africa, where terrorism threatens lives daily. Some of the major problems encountered by Mali and Nigeria include the lack of comprehensive national and regional strategies, limited resources and a focus on military action at the expense of human rights and developmental solutions.

Mozambique and SADC seem to be going down a similar road. The Mozambican government at first characterised the attacks as ordinary violent crimes rather than acts of international terrorism, which one state cannot deal with alone. It also contracted Russian and South African mercenaries to help fight the insurgency, rather than negotiate collective support from neighbouring countries.

Mozambique has also prioritised military operations over humanitarian, political and developmental responses which should all go hand in hand. The focus on security has led to the exclusion of community initiatives, particularly the use of local safety groups who have proved very helpful in stopping Boko Haram in some parts of northern Nigeria.

How SADC and Mozambique deal with the crisis will determine the future of terrorism in the region. A weak and indecisive response could consolidate an Islamic State caliphate in Southern Africa, making external intervention essential.

Whether SADC has the capacity to intervene is also a key question. Military expert Helmoed Römer Heitman believes SADC can indeed change the dynamics on the ground: ‘SADC’s response can help protect borders and civilians and ensure that the Islamists do not expand beyond Cabo Delgado,’ he told ISS Today.

No single SADC member state however has the military strength or financial capacity to launch a successful intervention. Heitman believes the region’s current resources can sustain only a short-term intervention and that SADC must address issues of force level and coherence, airlift capabilities, communication, and equipment for aerial reconnaissance. The region will need the international community’s help, particularly the African Union (AU), European Union, United Nations and other development partners.

A potential SADC intervention could draw from various models such as that used by the G5 Sahel countries, the AU Mission in Somalia, the Multinational Joint Task Force against Boko Haram, the AU-led Regional Task Force Against the Lords Resistance Army, and the UN Multidimensional Integrated Stabilization Mission in Mali.

Dialogue efforts through community organisations and faith-based institutions, which can help deconstruct the extremist ideology, should be an integral part of SADC’s response. A regional strategy also needs a maritime component to protect maritime resources and the safety of maritime navigation and trade along Africa’s East Coast.

A comprehensive SADC plan must deal with the humanitarian, security, political and economic challenges. It should negotiate access for international organisations providing aid to internally displaced people.

Towns in northern Mozambique under the control of the armed violent extremists need to be liberated. This is especially the case for the port of Mocímboa da Praia which currently enables the extremists to control coastal territories, access maritime resources and run their supply and communication lines.

A SADC strategy would need to secure Mozambique’s borders especially with Tanzania and Malawi, and request other neighbours to strengthen security and control of their borders with Mozambique.

Medium-term goals should include mobilising international support to rebuild Mocímboa da Praia and other heavily affected districts in Cabo Delgado. Livelihoods, land redistribution and corruption in the area must be addressed, and reconciliation between communities and government needs to be facilitated.

Mozambique finally appears willing to accept SADC’s involvement in the crisis. The regional body must carefully calibrate its response, as long-term security in Southern Africa depends on the success of collective action.